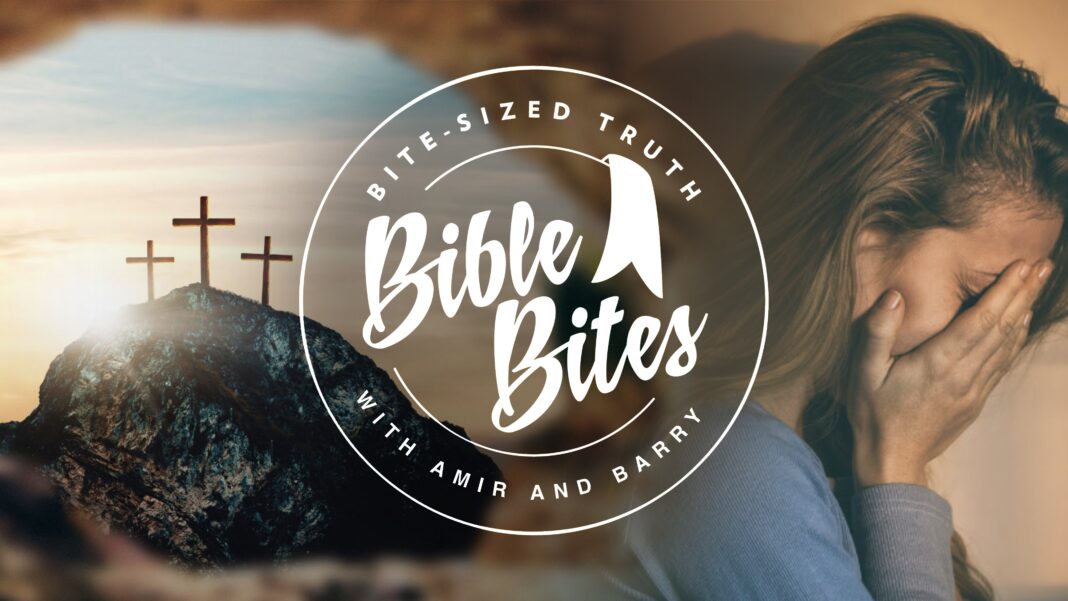 Jesus came to the people of Israel to save them from their sins, but they did not receive Him. He came to His own, but His own received Him not. Jesus, likewise, came to the world to save the world from its sin. But we need to be prepared to receive Him. Jesus wants us broken and empty. He wants us to present ourselves as living sacrifices. Jesus wants us to come to the understanding that we need a Savior – that we cannot make it by ourselves.

As we begin the Passion Week there are a multitude of things to consider, the most significant being this:

The events we commemorate this week were all foretold in Scripture. Jesus’ triumphal entry, His mock trial, the manner of His death, the place of His burial, and His resurrection from the dead were all written about some 2000 years ago, long in advance of their fulfillment.

There is another thing to consider regarding this sacred week. It was true regarding the person of Jesus Christ back when it was written about in the New Testament and it is still happening today.

Luke 6:17-19 KJV – “And he came down with them, and stood in the plain, and the company of his disciples, and a great multitude of people out of all Judaea and Jerusalem, and from the sea coast of Tyre and Sidon, which came to hear him, and to be healed of their diseases; And they that were vexed with unclean spirits: and they were healed. And the whole multitude sought to touch him: for there went virtue out of him, and healed them all.”

John 6:15 KJV – “When Jesus therefore perceived that they would come and take him by force, to make him a king, he departed again into a mountain himself alone.”

The people loved Jesus. They wanted to follow Him. So, what was it that could cause some of the people, after all He had done for them, to turn their cries from “crown Him” to “crucify Him”? He had fed many of them, healed multitudes, cast out demons, and, yet, John the Beloved tells us this:

Everything that Jesus had done was “according to the scriptures”. Still, those He came to first, the Jews, did not universally receive Him. But as many as did receive Him, He gave the right to become children of God. This is where many Jews faltered in their acceptance of Him. They felt that as Jews, they already were children of God. Their religious efforts proved it, and what they were looking for was a conquering King not a suffering Savior.

The same is true of many people today, only in reverse. After all Jesus has done to prove He is the Holy One of Israel and the Head of the Church, they are not looking to Him for those things. Many today want forgiveness but not repentance, provision but not commitment, and salvation but not sanctification. They prefer a suffering Savior over a conquering King and Lord. It’s almost as though Good Friday is where the story ends for them.

Acts 2:36-39 KJV – “Therefore let all the house of Israel know assuredly, that God hath made the same Jesus, whom ye have crucified, both Lord and Christ. Now when they heard this, they were pricked in their heart, and said unto Peter and to the rest of the apostles, Men and brethren, what shall we do? Then Peter said unto them, Repent, and be baptized every one of you in the name of Jesus Christ for the remission of sins, and ye shall receive the gift of the Holy Ghost. For the promise is unto you, and to your children, and to all that are afar off, even as many as the Lord our God shall call.”

Peter reminded the ultra religious Jews that the Father sent His Son into the world as Lord and Christ, and that they needed to “change their minds” (repent) about who Jesus is. This implies that they were in need of reconciliation to God, and Peter added that this method of reconciliation would be true for “all who are afar off”, as many as the Lord will call. That means what Peter preached then is still true today. Our sins were the reason for Jesus being hung on the cross, and repentance is required in order to be reconciled to God.

1 Timothy 1:15 KJV – “This is a faithful saying, and worthy of all acceptation, that Christ Jesus came into the world to save sinners; of whom I am chief.”

Jesus suffered, Jesus died, Jesus was placed in the tomb, according to the scriptures, but… Good Friday was not the end of the story.

Luke 24:1-6 KJV – “Now upon the first day of the week, very early in the morning, they came unto the sepulchre, bringing the spices which they had prepared, and certain others with them. And they found the stone rolled away from the sepulchre. And they entered in, and found not the body of the Lord Jesus. And it came to pass, as they were much perplexed thereabout, behold, two men stood by them in shining garments: And as they were afraid, and bowed down their faces to the earth, they said unto them, Why seek ye the living among the dead? He is not here, but is risen: remember how he spake unto you when he was yet in Galilee”

We serve a risen Lord who is coming again with His saints, not as a lamb, but as the Lion of Judah worthy of all praise and glory due His name! Since He gave His all for us so we might live with Him, let us do the same – give our all and live for Him!

He is not among the dead, He is risen!

Barry Stagner: A Word To The Wives