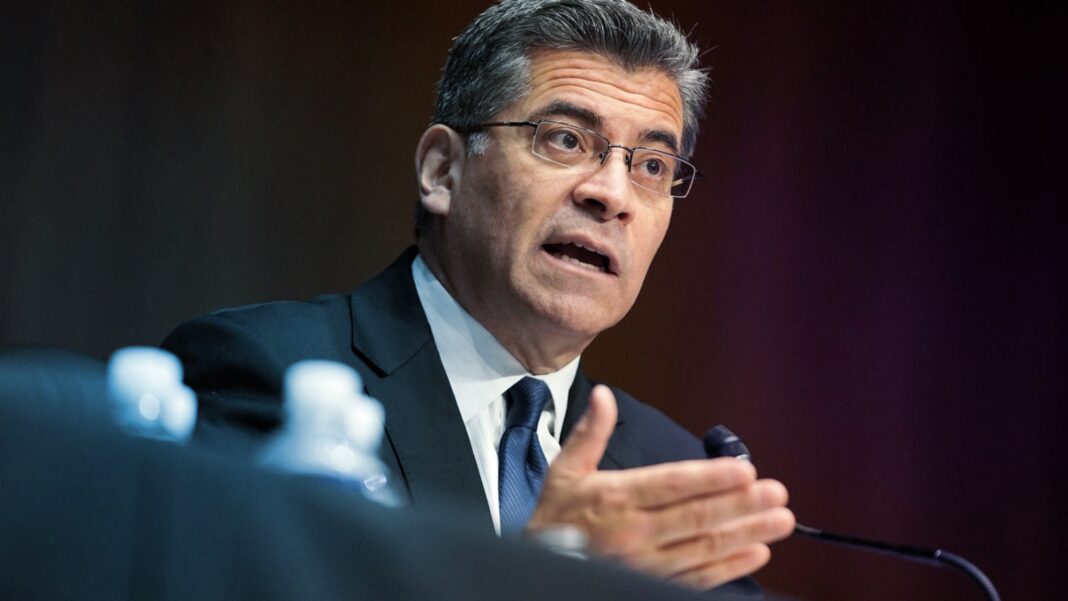 During a Senate committee hearing June 10, Secretary of Health and Human Services (HHS) Xavier Becerra repeatedly refused to acknowledge the existence of a 2003 law that bans physicians from performing partial-birth abortions.

“What I can tell you is that women in this country, under Roe v. Wade … ” Becerra began.

“Is partial-birth abortion legal or illegal in the United States?” Daines pressed.

“Senator, again, we’re going to get into this technical discussion … ” Becerra answered.

“It’s not a technical discussion,” Daines stated. “It’s a question—pretty simple. Is it legal or illegal?”

“A woman has a right to receive an abortion …” Becerra stammered.

“What I can tell you without question is that a woman has a right to exercise … ” Becerra said.

“As Secretary of HHS, I would hope you understand that Title 18 of the U.S. Code Section 1531 signed into law in 2003 states that partial-birth abortion is illegal. Do you agree with that?”

“I could talk to you about the legal cases that have arisen as a result of that particular statute,” he said. “But what it’s probably better to, again, say to you [is] that a woman has a right in this country to exercise reproductive choice, and we will defend that.”

“That doesn’t mean breaking the law, which the code is very clear,” Daines stated.

“The top health official in the nation repeatedly refuse[s] to acknowledge the existence of a federal ban on the barbaric partial-birth abortion procedure (which was upheld by the Supreme Court),” SBA List wrote.

The irony is—in 2003, Becerra voted against the ban he claims doesn’t exist. And the Supreme Court decided to uphold the ban in 2007 in a landmark decision.

Concerned Women for America applauded Daines’ willingness to confront Becerra on the topic: