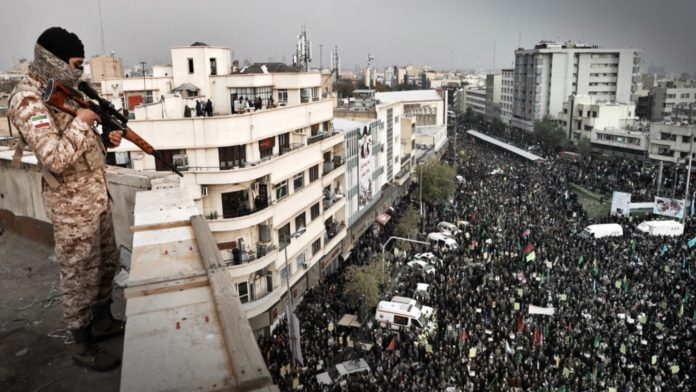 “According to credible reports… those killed include at least 143 people,” said the London-based rights group. “The deaths have resulted almost entirely from the use of firearms.”

It said one person reportedly died after inhaling tear gas, another after being beaten. Amnesty “believes that the death toll is significantly higher” and was still investigating, it said.

Amnesty, which last week gave a death toll of more than 100, called for the international community to condemn the bloodshed.

“The international community’s cautious and muted response to the unlawful killing of protesters is woefully inadequate,” said Philip Luther, Amnesty’s research and advocacy head for the Middle East.

“They must condemn these killings in the strongest possible terms and describe these events for what they are — the deadly and wholly unwarranted use of force to crush dissent.”

Amnesty said “verified videos show security forces deliberately shooting unarmed protesters from a short distance. In some cases, protesters were shot while they were running away.”

They also showed security forces shooting from rooftops, it said, adding that the crackdown was carried out by police, Revolutionary Guards, and the Basij paramilitary force “and others.”

In a shock announcement on November 15, Iran raised the price of petrol by up to 200 percent, triggering nationwide protests in a country whose economy has been battered by US sanctions.

The unrest erupted hours after a midnight announcement that the price of petrol would be immediately raised by 50 percent for the first 60 liters and 200 percent for any extra fuel after that each month.

Iranian President Hassan Rouhani said the proceeds would allow his government to provide welfare payments to the needy.

During the violence, dozens of banks, petrol pumps and police stations were torched across Iran.