Amir Tsarfati: Middle East Update and Pleading with the Churches in Brazil 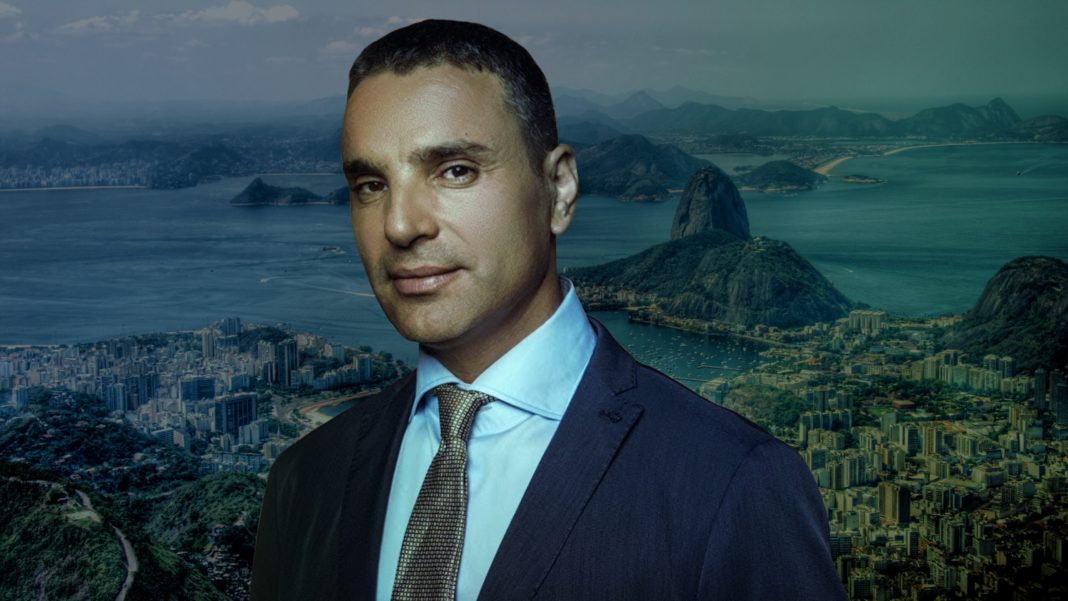 Amir Tsarfati presents a special update from Rio de Janeiro, Brazil, where he introduces Bruno Rafael, who brought Amir and Pastor Mike Golay to Brazil to share the incredible message of the urgency of the times and the seasons to the Brazilian People.

In this update, Amir touches on a variety of topics in the Middle East:

“As you all know, ladies and gentlemen, the situation in the Middle East is becoming more and more interesting almost by the minute, especially for Bible-believing Christians who understand the times and the seasons. We have no reason to be alarmed or to be concerned. I don’t think that anything that happened in the last 48 to 72 hours is something that surprises God; in fact, it matches more and more into what we see in the scriptures.”

One of these topics include the strategic insight into Donald Trump pulling US troops from Syria amid the Turkish/Kurdish conflict. He outlines how this act could prove to be beneficial to Israel by restoring a balance of conflict between the Sunnis and the Shiites, shifting Iran’s focus from its current meddling in the Middle East and threats against Israel.

While the current situation in the Middle East is unfolding, the Jews celebrate Yom Kippur. During one of the holiest days on the Hebrew calendar, Antisemitism continues to grow as another terrorist attempt occurs on a Jewish Synagogue in the city of Halle in eastern Germany.

During a live stream the terrorist is quoted as saying:“First of all, there was no Holocaust. Second of all, it is the feminists that caused the low birthrate in Germany. And third, Jewish people are the cause of the problems of the world. It’s time to put an end to them.”

Thankfully, the 50 worshippers were locked inside the synagogue, and the terrorist was unable to enter, preventing a massacre.

Another significant event took place a couple of days ago in preparation for the upcoming Feast of Tabernacles. For the first time in two thousand years, a massive Levitical choir is going to gather on the southern steps of the Temple Mount to sing the songs of ascent.

“If you think about it, we are preparing ourselves for the creation not only of the temple, but also of the traditions that were attached to the temple and the lifestyle that was attached to the temple. This is phenomenal, while the Middle East is burning, Israel is flourishing, and the enemies are closing upon Israel from all sides. Israel is not only getting busy in defending itself but also getting busy to the day when the temple will be built, when the peace will be introduced and when the Levites are going to sing.”

Amir also points to the 100,000 Jews that flocked to the Wailing Wall the night before Yom Kippur.

“Now you see that within the Israeli society there is a mindset of renewing our ways with God. A record number of Jews showed up because they know something big is about to happen, and they feel that there is a great danger around the corner. They can see that as a nation, they will have to rely on God and God alone. There has never been such a great gathering of Jewish people at the Wailing Wall on the day before Yom Kippur as we saw now.”

He goes on to say, “This is what Paul describes in Romans 10, they have the zeal, but they do not have the knowledge. They are ready, but they don’t know the Messiah.”

For Jesus Said, “Ye shall not see me henceforth, till ye shall say, Blessed, is he that cometh in the name of the Lord.” Matthew 23:39 KJV

With all these major prophetic events being set up before our eyes, it is all the more urgent to wake up the churches in Brazil and all around the world to the fast-approaching return of our Lord Jesus Christ. It is through this anticipation of the transformation from our corruptible bodies to our new celestial bodies that will prepare our hearts and loosen our grasp on the temporal and refocus our attention on eternity.

“And that, knowing the time, that now is high time to awake out of sleep; for our salvation is nearer than we believed. The night is far spent, the day is at hand: let us, therefore, cast off the works of darkness and let us put on the armour light.” Romans 13:11-12 KJV