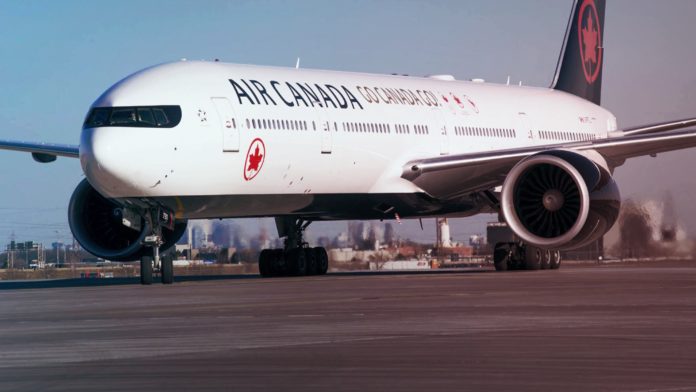 Air Canada will no longer allow its flight attendants, pilots, and airport gate staff to greet passengers as “ladies” and “gentlemen” in recognition of “gender fluidity,” the airline announced Monday.

Fox News reports that the airline is making the change as part of a company-wide commitment to be more welcoming to those who don’t strictly identify as either male or female.

The change will mostly affect on-board announcements made over the public address system and boarding announcements made in the gate areas of Air Canada’s hub airports. Employees will now use the simple “everyone” or “tout le monde” (the airline is bilingual to serve residents of Quebec).

“We will be amending our onboard announcements to modernize them and remove specific references to gender,” the company said in a statement. “We work hard to make sure all employees feel like valued members of the Air Canada family, while ensuring our customers are comfortable and respected when they choose to travel with us.”

Canada has been on the forefront of recognizing extra gender options — protections for gender identify are codified in Canada’s criminal code even as protections for fundamental rights, like the freedom of speech, remain largely unacknowledged, and the country’s national government has encouraged Canadian provinces to offer third, non-binary gender options (an “X” in the box labeled “gender”) for official documents like birth certificates. The central Canadian government offers “gender X” on passports.

Air Canada is, apparently, only following its country’s lead in adopting a social justice-oriented view towards their customers. They quickly received accolades from the far left for their compassionate and woke approach to gender.

“@AirCanada will swap ‘Ladies and Gentlemen’ in its flight announcements with ‘Hello everyone’, ensuring gender neutrality. Big win for inclusion!#LGBTQ,” wrote one Twitter user.

“I hear Air Canada is moving towards addressing its passengers in a more gender-neutral way, replacing ‘ladies and gentlemen’ with ‘everyone.’ This. Is. Good,” wrote another.

Unfortunately for the air travel provider, it’s impossible to be woke enough for everyone on the progressive Left, and just as the airline was likely getting used to being heaped with accolades for its forward thinking, they were hit from the Left with criticism over their decision to be less formal when encountering customers.

“So those who appreciate being reffered to as per there gender dont count anymore?” one social media commentator quipped.

“Whoever in the top brass at @AirCanada approved of removing ‘ladies and gentlemen’ from the greeting … congrats for lowering the class of your experience. Formal titles that make people feel appreciated is not assuming gender. Soon we’ll just end up as numbers,” complained another.

Others complained that the move didn’t go far enough, and that merely changing policy is pointless if the change doesn’t also apply to the company’s very DNA and come from an organic decision to alter corporate attitudes: “It’s totally fine to announce ‘Hello everyone’ and totally ridiculous to claim this announcement is to ensure gender neutrality. Inclusion should be embedded in behaviour, not paraded around for PR points.”