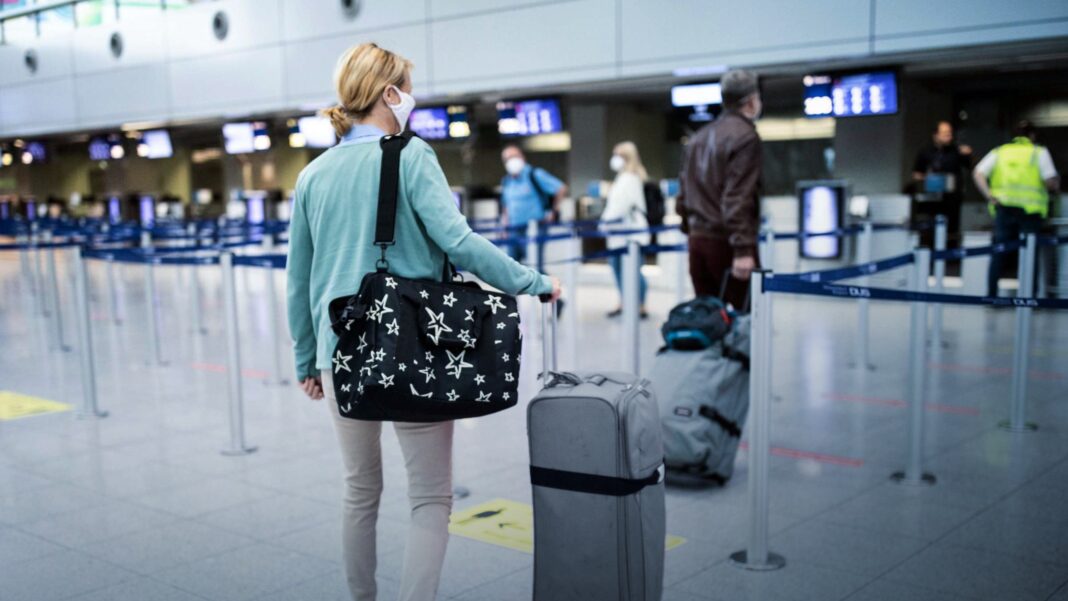 Former Assistant Secretary for Homeland Security under President Obama Juliette Kayyem called Tuesday for the Biden administration to restrict the unvaccinated from flying by placing them on a no-fly list.

Kayyem claimed in the Atlantic that “a no-fly list for unvaccinated adults is an obvious step that the federal government should take” due to TSA PreCheck, which “divide[s] passengers into categories according to how much of a threat the government thinks they pose.”

The original headline still appears on social media shares of the article from The Atlantic‘s own account.

“If you submit to heightened scrutiny in advance,” Kayyem said, “TSA PreCheck lets you go through security without taking off your shoes; a no-fly list keeps certain people off the plane entirely.”

Flying is not a right, and the case for restricting it to vaccinated people is straightforward: The federal government is the sole entity that can regulate the terms and conditions of airline safety. And although air-filtration systems and mask requirements make transmission of the coronavirus unlikely during any given passenger flight, infected people can spread it when they leave the airport and take off their mask. The whole point of international-travel bans is to curb infections in the destination country; to protect itself, the United States still has many such restrictions in place. Beyond limiting the virus’s flow from hot spots to the rest of the country, allowing only vaccinated people on domestic flights will change minds, too.

Kayyem also suggests the “holdouts” with “a variety of motivations” include 41 percent of the unvaccinated that said “a prohibition on airline travel would get them closer to their shots.”

Kayyem champions shaming the unvaccinated, who should “face scorn among their peer group” and “may even be happy to have an excuse to protect themselves,” along with celebrating Broadway, Disney, and Walmart for forcing the unvaccinated to give up “certain societal benefits” to practice their their individuality and freedom of choice.

“Amid a global health crisis,” Kayyem continues, “people who defy public-health guidance are not, and do not deserve to be, a protected class.”

The former assistant secretary’s diktats align with President Joe Biden’s shaming and punishing of those who refuse to become vaccinated.

For instance, Biden told churchgoers in April they were being ungodly if they did not receive a vaccine.

“I think this is the Godly thing to do. Protect your brother and sister,” he stated. “That’s what this is about. It’s about protecting people.”

Vice President Kamala Harris warned July 19 if free Americans refuse to get vaccinated, they would cause continued mask mandates.

“No one likes wearing masks… people need to get vaccinated. That’s the only way we’re going to cut this off,” she scolded. “Nobody likes wearing a mask.”

Very few would have the audacity to deny that the coronavirus restrictions have been placed above the importance of personal liberty.

Media, political, and other voices are only getting louder, demanding that the unvaccinated be denied fundamental freedoms such as shopping at businesses, eating in restaurants, and traveling. Many employers have also jumped on the bandwagon, demanding all employees be vaccinated or face losing their livelihood.

Though governments are increasingly seeing more push back from citizens, who would have thought through COVID-19 that the vast majority of the world population would be so willing to give up their freedoms and that it would happen so rapidly? People are becoming used to a lack of freedom.

What was an unprecedented loss of freedom in western society, now has precedent in the future… that precedent may very well be exploited by the approaching antichrist system spoken of in the Bible (Revelation 13).

It was more extraordinary back in December 2019 to think that the antichrist during the Tribulation could cause the vast percentage of the population to agree to receive the “mark of the beast” (spoken of in Revelation 13:16-18). But now… it no longer appears so strange that people could be so easily persuaded… especially when their basic freedom to buy and sell hangs in the balance.