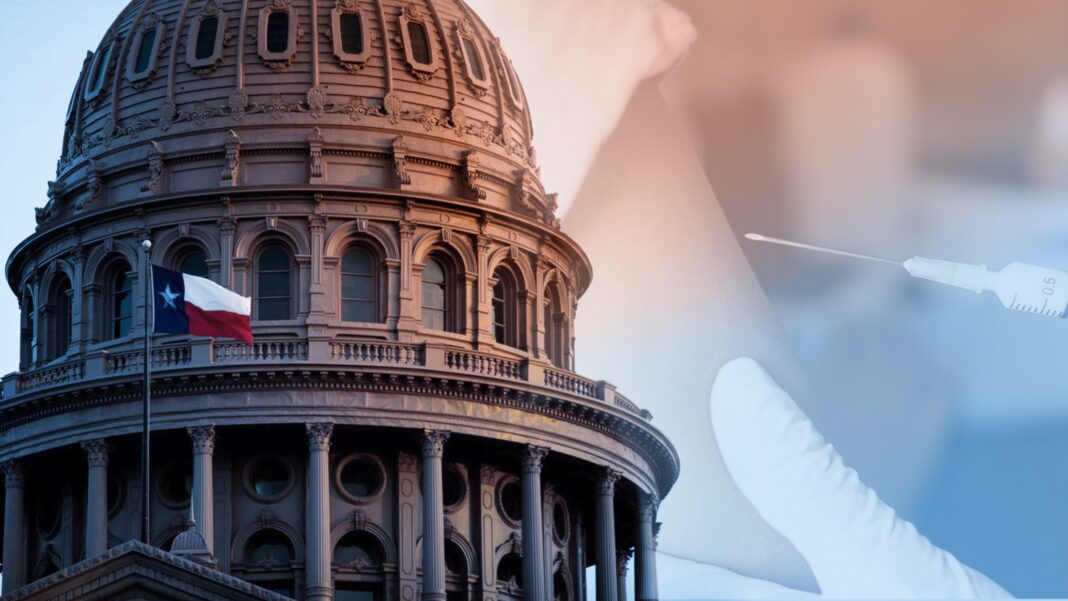 In their discussion, they spoke about the Arkansas Bill that sought to ban transgender surgeries for minors. The two urged Governors, Legislators, and the Church, to have the guts to stand up for the protection of children.

Although the Arkansas Governor, unfortunately, did not have the guts to support the important Bill; the state’s Legislators refused to let the mutilation and sterilization of children continue any longer. One day after the Governor’s veto, legislators stood together to override it, solidifying the bill to shortly become law.

Franklin Graham and Tony Perkins expressed to the audience why this Arkansas Legislation was so crucial, explaining that it would pave the way for more States to follow suit.

And so they have.

There are now 15 additional states taking action to protect children from the irreversible cocktail of cross-sex hormones and puberty-preventing drugs, as well as the incomprehensible consequences of body disforming Transgender surgeries.

One such Bill in Texas, SB 1646, seeks to change the definition of child abuse to include medically twisting the gender of a minor. The Bill would consider the sex-altering surgeries and dangerous puberty-stopping drugs to be “endangering” to a child.

SB 1646 lists those criminally liable as a person who is:

The Hill reports that “Parents, as well as medical providers, who provide gender-affirming care to transgender children, could lose custody and face criminal charges.”

This is not the only such Bill introduced in Texas. For example, HB 1399, introduced Monday, seeks to amend the insurance code to prohibit liability coverage for “gender-related procedures and treatments” for children.

The Daily Caller has published a list of 16 states taking steps to ban these procedures that seek to manipulate a minor’s biological sex:

Under Alabama’s Vulnerable Child Compassion and Protection Act, doctors would be prohibited from treating Alabama minors with hormone therapy, surgery, or puberty blockers “intended to alter the minor child’s gender or delay puberty.” The bill would also require schools to let parents know if their child has the “perception that his or her gender is inconsistent with his or her sex” and establish criminal penalties for violations.

Arkansas’ “Save Adolescents From Experimentation Act,” otherwise known as the SAFE Act, prohibits physicians from performing gender transition procedures, such as puberty blockers or “top” and “bottom” surgeries, on minors.

Kansas lawmakers introduced SB 214 in February, a bill that makes “it a crime for a physician to perform gender reassignment surgery or hormone replacement therapy on certain children.”

Louisiana lawmakers introduced legislation that requires parental consent for “medical and therapeutic procedures and practices” under certain circumstances and prohibits a minor from consenting to gender therapy.

Missouri’s SB442 bans transgender surgeries or hormone treatment for minors. The legislation says that any medical professionals who “willfully and knowingly” violate this provision may lose their professional license and ability to practice.

Montana’s “Act Providing for Youth Health Protection Laws” seeks to “enhance the protection of minors” who are experiencing distress at at identifying with their biological sex “from being subjects of irreversible and drastic nongenital gender reassignment surgery and irreversible, permanently sterilizing genital gender reassignment surgery.” The bill prohibits trans surgeries or procedures for minors.

New Hampshire’s HB 68 “adds sexual reassignment to the definition of an abused child in RSA 169-C, the child protection act.”

North Carolina lawmakers introduced the Youth Health Protection Act, a bill that seeks to “protect minors” from the administration of puberty blockers, cross-sex hormones, and “other related actions, procedures, and treatments.” The bill differs from similar legislation in that it would classify minors as “any individual who is below 21 years of age.”

Oklahoma’s SB 676 prohibits transgender surgeries or procedures for minors. The bill also explicitly notes that parents may not “obtain gender reassignment medical treatment for the child.”

Texas lawmakers have introduced a number of bills, such as HB 4014, SB 1646, HB 2693, HB 1399, and HB 68, that prohibit transgender surgeries and procedures for minors and classify these procedures as child abuse.

Utah’s “Medical Practice Amendments,” introduced in January, would prohibit “a physician or surgeon from performing a transgender procedure on a minor.”

Franklin Graham, in the interview, stated that children which want to become “transgender” cannot comprehend the path they’re starting down.

“What’s happening, we see, is just wicked. To take a child and try to convince them that they can change and be a girl, they can change and be a boy, and we can give you drugs, and you can have surgery and all of these things… a child can’t comprehend that, and once you start down this path you can’t reverse it. It’s just a wicked thing, and we just need to pray that the church will stand.”

“It’s like every demon in hell has been let loose in just these last few months. It’s frightening to see what’s happening,” he said. “This is the time for the church to stand. We need to stand for truth, we need to stand for God’s Word, and we need to stand behind these legislators and the governors, and others that are willing to sign bills.”

Many of us have seen the Transgender agenda close up and personal in our society, with an increasing number of children through, media and school systems, being indoctrinated to choose to go down a road of confusion and abuse.

Ken Ham, Founder of Answers In Genesis, recently wrote in a Facebook post in response to the Arkansas Bill, saying, “We need to remember children are not miniature adults, they are children.”

“We don’t let children decide when to cross the road, or whether to drink poisons, or do their own potty training,” he added, followed with a quote from 1 Corinthians:

Ken Ham also recently explained that Christians have a responsibility to “stand against this tide of secularism.”