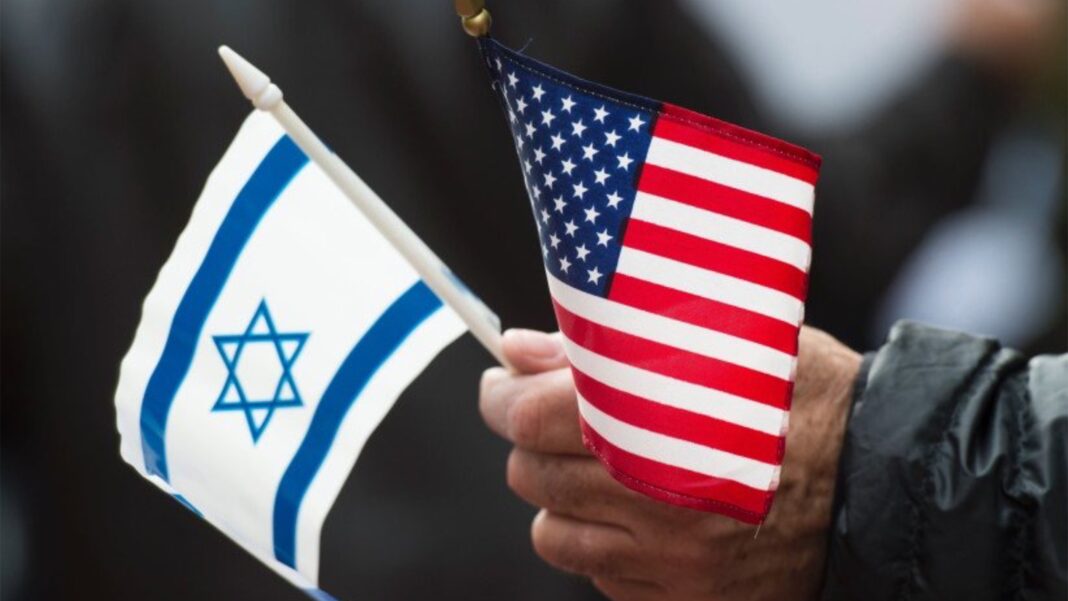 A new survey points to a growing divide in the US between young evangelical Christians and their elders, particularly in their views on the Israeli-Palestinian conflict, indicating Israel could see a significant drop in support in coming years.

While the religious group has long been a bulwark of support for Israel in the US, the Barna Group-administered poll commissioned by researchers at the University of North Carolina at Pembroke indicates a sharp drop in support for the Jewish state and raises concerns that Israel could lose a key ally going forward, its authors told The Times of Israel on Monday.

The poll was commissioned as part of their research for an upcoming book on the issue.

In a poll of over 700 evangelical Christians between the ages of 18 and 29 that was conducted between March and April, respondents were asked where they place their support in the “Israeli-Palestinian dispute.” Just 33.6 percent said with Israel, 24.3% said with the Palestinians and 42.2 percent said with neither side.

This marked a significant shift from 2018, when 69% young evangelicals — responding to another survey conducted by UNCP professors, Motti Inbari and Kirill Bumin — said they side with Israel, 5.6% said they sided with the Palestinians and 25.7% said they didn’t take either side.

That 2018 survey also polled evangelicals of all ages, and already then, gaps were widening between younger and older members of the religious group.  Seventy-five percent of all 1000 respondents sided with Israel over the Palestinians,  2.8% expressed some degree of support for the Palestinians and 22% preferred not to take a side in the dispute.

Almost 45% of respondents now support the establishment of a Palestinian state alongside Israel, 35.1% said they are neutral on the issue, and only 20.5% oppose the idea of Palestinian statehood, according to the 2021 poll, whose results were shared with The Times of Israel. In 2018, the question on the topic was slightly different, but 29% percent of respondents said they opposed territorial concessions by Israel for peace with the Palestinians.

The online UNCP survey of young evangelicals had a 3.7 percentage point margin of error with a 95% level of confidence.

Contextualizing their findings, Inbari and Bumin noted in a statement that evangelicals have historically supported Israel based on their End Times theology, which connects the creation of the State of Israel with the Second Coming of Jesus Christ.

The professors, therefore, chose to ask young evangelicals if their views regarding Israel are based on their religious beliefs.

When it comes to the issue of Jerusalem, only 28.4% of respondents said that East Jerusalem should be the capital of a future Palestinian state, while 71.6% said that the city in its entirety should forever remain Israel’s capital.

Evangelical pressure was key in getting former US president Donald Trump to recognize Jerusalem as Israel’s capital and move the US embassy to the city.

Nearly half of respondents admitted to having very limited or no knowledge of the Israeli-Palestinian conflict.

While Israel is often deemed a top issue for evangelical voters, 65% of the young respondents said they seldom or never hear about the importance of supporting the Jewish state, with just 12% saying they hear it every week.

The survey was publicized two weeks after former Israeli ambassador to the US Ron Dermer Former suggestedthat Israel should prioritize the “passionate and unequivocal” support of evangelical Christians over that of American Jews, who he said are “disproportionately among our critics.”

“People have to understand that the backbone of Israel’s support in the United States is the evangelical Christians. It’s true because of numbers and also because of their passionate and unequivocal support for Israel,” Dermer said in an onstage interview at a conference organized by Makor Rishon, a news outlet affiliated with Israel’s right-wing national religious community.

However, the results of the UNCP survey indicated starkly different feelings among young evangelical Christians.

In a conversation with The Times of Israel, Inbari encouraged the Israeli government to pay attention to shifting opinions among evangelicals, as “it’s not a unified movement with one opinion. There are mixed opinions on Israel.”

“It’s become evident that Israel is developing a public relations problem with younger Americans. We see it with evangelicals as with American Jews and other groups,” he added.

More moderate, not fans of Trump

According to their study, 46% of respondents voted for Joe Biden in the 2020 presidential election, compared to only 26% for Trump.

Young evangelicals are more likely to consider themselves centrist or moderate (37.5%), rather than conservative (31%) or liberal (31.5%), according to the survey.

The Associated Press VoteCast survey after the elections showed that 81% of all White evangelical voters backed Trump, compared with 18% who voted for Biden.

A comparison of the 2018 and 2021 surveys also showed a shift in the views of young evangelicals on Muslims, with 41.7% of respondents now expressing a positive view, compared to 29% three years ago.

“What still remains unclear is whether these attitudes will change as this age group grows older, becoming similar to the views of previous generations (and thus more favorable toward Israel), or whether their attitudes will remain critical of Israel even as young evangelicals age,” Inbari and Bumin said in a statement.

Jan Markell in her article, “A Disturbing Trend: Does Anybody Care?” discussed this waning support of young evangelicals for Israel:

Several publications have put out alarming stories that evangelical support for Israel is sinking — and especially among young people.

The periodicals state that a new survey reveals that there is confusion about, or indifference to, the world’s only Jewish state. It is really a two-pronged phenomenon. There is a decline in the interest in end-times (eschatology) and a decline in interest and support for God’s Covenant land and people by those who identify as a part of the today’s church.

The various articles indicate that young people are focused on social justice now. There is a perception that the Palestinians are “downtrodden, persecuted, and mistreated,” and therefore, sympathy is towards them. Israel is the “occupier.”

Markell then asks the important question: “who or what is to blame?”

She then goes on to suggest that the problem lies in silent Pastors shying away from Biblical Prophecy and false teachers distorting/neglecting entire portions of Scripture. Adding that BDS, anti-Israel propaganda and the increasingly popular “social justice” movement are also playing a significant role.

In order to connect them to Israel, we need to make a case for why they should support it. Future U.S. policy towards Israel is at stake!

All of this is happening as new and young members of the U.S. Congress, including one radical Muslim from Minnesota — Rep. Ilhan Omar — are taking a strong anti-Israel stand. Their anti-Semitism is not even subtle. How many younger people will Rep. Omar, Rep. Tlaib, and Rep. Ocasio-Cortez influence in the wrong direction?

While people, both young and old, can be disloyal and change sides, “He that keeps Israel neither slumbers nor sleeps.” (Psalm 121) God’s love and protection will never waiver for His covenant land and people.

How odd of God, To choose the Jews; But not as odd, as those who choose, The Jewish God, but spurn the Jews.