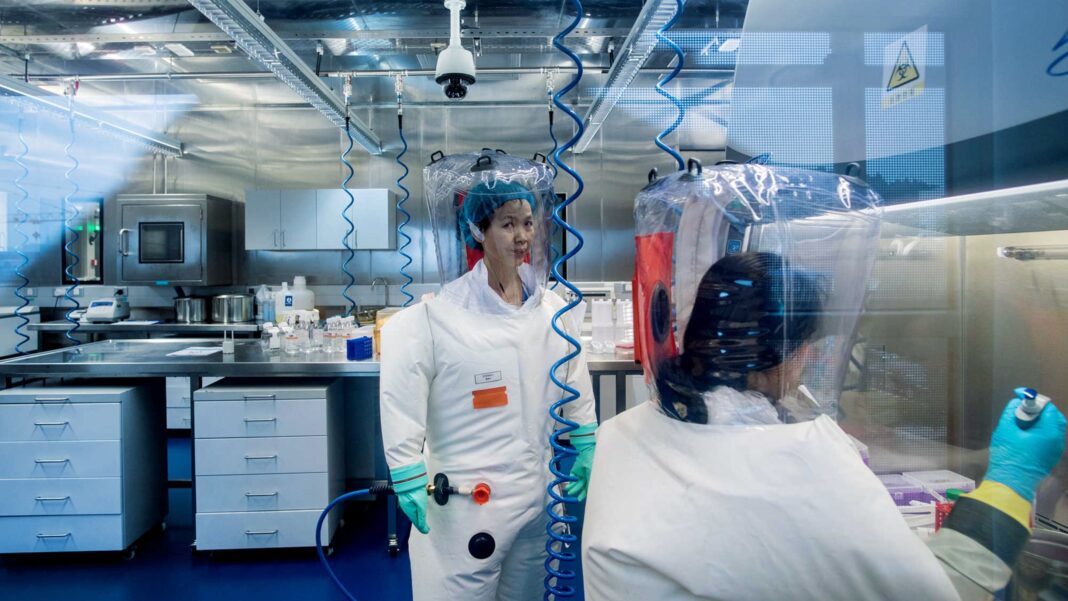 A top Chinese virologist has been tied to at least two Chinese military scientists who collaborated with her on coronavirus research in the past, including one now listed as deceased, a report Tuesday said.

In March, Dr. Shi Zhengli, the Wuhan-based virologist who has been accused of conducting risky experiments with bat coronaviruses, flatly denied allegations that the Wuhan Institute of Virology conducted studies with the military, an NBC News report said.

David Asher, a former State Department adviser who co-authored a fact sheet last January on activity inside the lab, told NBC News that he is “confident” that the Chinese military was funding a “secret program” that involved coronaviruses.

He defended his theory by saying he received the information from several foreign researchers inside the lab who saw some researchers there in military garb. The report pointed out that the lab insists that that facility is only used for civilian purposes. Asher and the WIV did not immediately respond to emails from Fox News.

China has called claims that the virus escaped the lab “absurd.”

“Some people in the United States have fabricated and peddled absurd stories claiming Wuhan lab leak, which China is gravely concerned about,” a Chinese official said earlier this month. “China urges the United States to respect facts and science, refrain from politicizing COVID-19 origin tracing and concentrate on international anti-pandemic cooperation.”

The U.S. and others have accused China of failing to provide the raw data and access to sites that would allow a more thorough investigation into where the virus sprung from and how it initially spread.

Earlier this month, former Sec. of State Mike Pompeo told Fox News that the amount of evidence that COVID-19 was leaked from the Wuhan Institute of Virology is “enormous.”

“We have a really good idea what happened here,” Pompeo said. “There is an enormous amount of evidence that there was a leak from the Wuhan Institute of Virology. There is a pile of evidence a hundred feet high, I have high confidence that that’s the case. We pressed the Chinese Communist Party really hard – not just the State Department, but our CDC and others too.”

Pompeo further asserted that it is time for China to be held accountable.

“We know enough now, the cover-up continues, and it’s time for accountability,” he said.

An advisory board member to the WHO, also did an interview with Fox recently, in which she stated: “The Chinese have engaged in a massive cover-up that is going on until this day, involving destroying samples, hiding records, placing a universal gag order on Chinese scientists and imprisoning Chinese citizen journalists asking the most basic questions.”

Many are shocked that China still has yet to be held accountable. If not for the origins of the coronavirus (of which the evidence has been overflowing), at the very least, you would think that they would be in hot water from the international community for their cover-up of COVID-19, deceit, and silencing of whistleblowers.

When most people think of “lawlessness,” they may picture in their minds images of looting, arson, destruction, etc. However, a significant form of “lawlessness” comes from corrupt world powers who do not abide by the law (internally or internationally) and are not held accountable for violating those laws.

Just as corrupt as the country that flagrantly feels they are above accountability, so too are the countries and organizations who disregard enacting justice and uncovering facts due to their individual benefit and political positioning.

The reason why China has not been held responsible is straightforward: Our world has become utterly lawless… Just as God’s Word said it would be in the time preceding the return of Christ.

Jesus’s response is a detailed description of the condition of the world and what it will look like in the last days. Wars and rumors of wars, nation rising against nation, pestilences, and lawlessness, these being the beginning of sorrows.