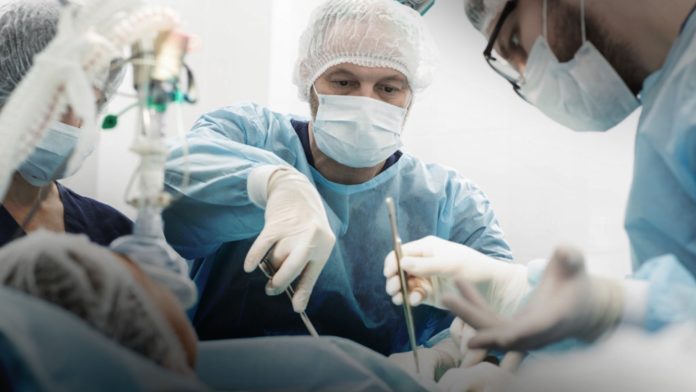 A British woman says that her seventeen-year attempt to live as a male, which included being injected by hormones, having her breasts cut off, and having a fake male reproductive organ attached to her, was a “huge mistake” that she now deeply regrets.

Debbie Karemer, 61, was in the spotlight this week as she broke a new taboo: publicly admitting to “detransitioning” from so-called sex-change therapies (see photos here).

“I’m a woman,” she said. “I’m not meant to be a bloke. I’m trapped. I feel completely mutilated. It’s a complete mess ― where do you even start? I just regret the decision.”

Karemer now believes that the self-hatred she suffered almost all her life was a side-effect of being sexually abused by her own father when she was a teenager. But in 2002 she saw a daytime television talk show episode about transgender people, and was suddenly convinced that her problem was that she was in the wrong body. She was 44.

“I had spent years feeling I couldn’t live in my own body and hating every single moment,” she told British media.

Karemer, who has been married to a man since 1997, began to research transgenderism online and found a support group for women who identified as “transgender men” in London.  Later that week she got an appointment with a private psychiatrist and, she told BBC Radio’s “File on 4”, was given a testosterone injection at her first appointment.

The woman’s journey towards what she thought would be manhood was swift. Three months after she began her testosterone injections, she had her breasts surgically removed and legally changed her name to Lee Harries.  She paid for the double mastectomy herself (£3,500), but all subsequent mutilations were paid for by the tax-payer funded National Health Service, even though they were done in private clinics.

In 2004 surgeons removed Karemer’s uterus, ovaries, and fallopian tubes and performed a metoidioplasty, the first step in creating a “penis” from living flesh. In 2005 Karemer was given prosthetic testicles, and in 2008 she had her vagina removed. A few months later surgeons harvested fat and skin from her arm to finish work on her ersatz penis. In 2010 surgeons removed what was left of her breasts, and in April 2013, more work was done on her “testicles”. Thanks to regular testosterone injections, she had grown a beard and begun to go bald.

But Karemer’s male-looking body didn’t bring the happiness she hoped for. In 2012 she was inspired by the Jimmy Savile sexual abuse scandal to report her father’s incestuous abuse to the police. Karemer’s father died, however, before he could be charged. Then, in April 2013, Karemer had an epiphany when her therapist used the phrase “childhood trauma” at one of their sessions. Hearing the words, Karemer suddenly knew that she had made “a huge mistake”.

“The session where I realized this was so bad that I had a complete breakdown and panic attack because I realized it was a huge mistake,” she recalled.

“I was traumatized by what had happened in my life, and it was misdiagnosed as being transgender,” she continued.

Eventually, Karemer decided to do what she could to repair her mutilated body. The most obvious was to stop being injected with male hormones.  After waiting nine months for all the excess testosterone in her system to leave her body, she began to take estrogen. But it is uncertain what other medical interventions can or should be done to restore her feminine appearance.

“How do you go through yet another harrowing transition?” she asked “File on 4”.

“What do you do? I’ve got no hair. I’ve got a beard. I’ve got all my body mutilated. How do I go back to being the Debbie that I was?”

“File on 4” reported that the doctor Karemer first consulted was found guilty of serious professional misconduct by the UK’s General Medical Council. He was accused of rushing patients into sex-change therapies and was forbidden to give cross-sex hormones to patients at first appointments.

Karemer is getting emotional support from Britain’s Detransition Advocacy network, an organization to which some transgender activists strenuously object. “File on 4” spoke also to sex-change surgeon Christopher Inglesfield, who thinks “detransitioning” endangers the transgender cause.

“Any reversal of that transition starts to make society question the whole transition process in the first place,” Inglesfield said.

“The trans community is very, very nervous about detransitioning becoming a big story.”

Apparently, nobody in the United Kingdom knows how many “detransitioners” there are because the NHS does not keep records. “File on 4” reported that “detransitioners” often feel ashamed and angry at the doctors who made their “transition” possible.

Meanwhile, the number of referrals for children to the  UK’s Gender Identity Development Service (Gids) has increased from 100 in 2009 to over 2,500, “File on 4” revealed. In the past year, 75% of new referrals were girls.