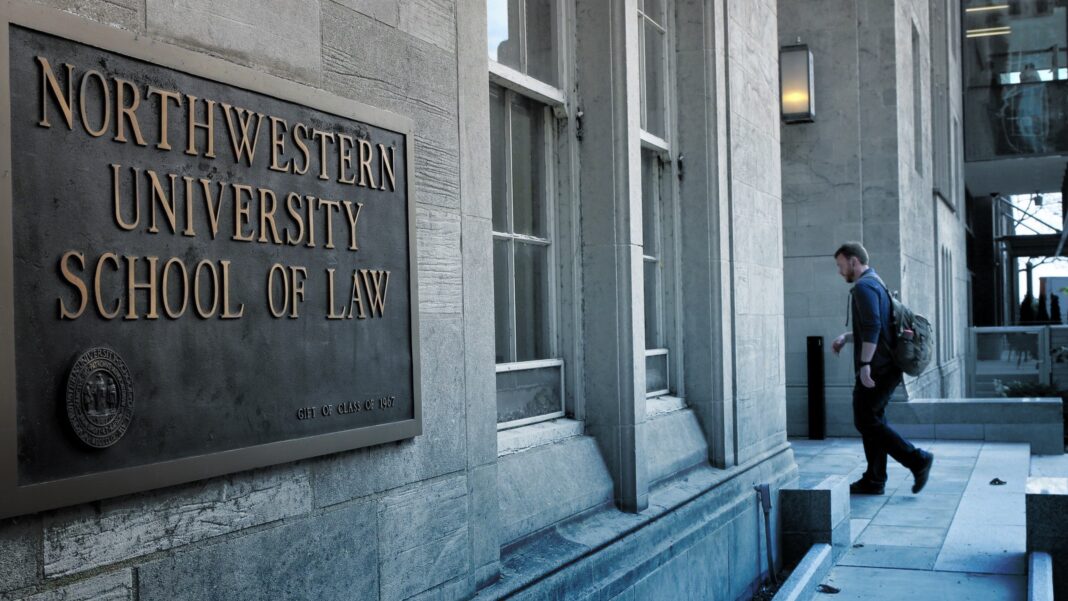 Northwestern University law school faculty called themselves racists as they introduced themselves in an online townhall recently, according to a screenshot of the event.

The screenshot was obtained by conservative writer Rod Dreher, who noted in his tweet the meeting took place August 28.

“Everybody began w/ a ritual denunciation of themselves as racist. Reader: ‘Prof. Speta is not a racist. He is a wonderful man universally loved by students. It makes me sad that he is forced to say otherwise,’” Dreher tweeted.

The College Fix has reached out to professors named in the screenshot, the law school dean, and Northwestern’s media relations offices, numerous times via email over the last week.

No one is talking.

Emily Mullin, listed as the university’s executive director of major gifts, introduced herself as “a racist and a gatekeeper of white supremacy” and said she will “work to do better.”

She did not respond to requests asking her why she did this, whether she was coerced, what the goal of the exercise was, whose idea it was, and several other emailed questions sent at least three times last week.

The deputy director of the law school’s Bluhm Legal Clinic, Sara Sommervold, also said she “is a racist” and “will try to do better.”

Professor James Speta, currently the interim dean of Northwestern University’s law school, wrote in the meeting chat: “I’m Jim Speta. And I am a racist.”

Sommervold and Speta ignored all three emails from The College Fix last week asking the same questions about the meeting, including whether they felt pressure and to explain the goal of the exercise.

Sommervold, Speta and Mullin are white, according to their images on Northwestern University’s website.

Northwestern’s media affairs division did not respond to repeated requests for comment.

Dreher was told by someone, presumably the person who supplied a copy of the screenshot, that Speta was coerced into his denunciation.

“Professor Speta is not a racist,” the reader told Dreher. “He is a wonderful man universally loved by students. It makes me sad that he is forced to say otherwise.”

Dreher’s tweet only says it was an online townhall meeting and does not say whether it was a diversity-focused meeting. The name of the host was blacked out in the screenshot.

But the Washington Free Beacon reports that an inside source who did not wish to be named for fear of retribution said the training was optional and aimed to teach faculty and staff how to be an “ally” to people of color on campus.

“The source said there were more than 100 people at the event and that dozens of attendees repudiated their own racism,” the Beacon reports. “The meeting followed a letter sent out by the dean of Northwestern Law School, which outlined a commitment to ‘anti-racism’ in hiring and admittance practices.”