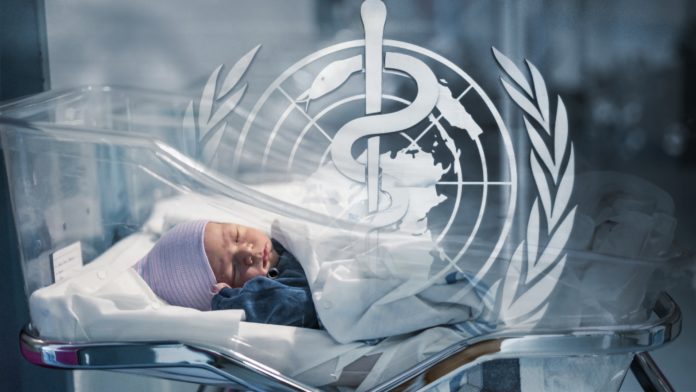 The World Health Organization may be struggling to explain its initial response to the coronavirus pandemic — particularly its deference to Chinese authorities and official Chinese government reports about the spread of the virus — but they have at least one concrete edict when it comes to COVID-19: the virus should not hinder the availability of abortion services.

According to a statement from the WHO itself (via the Daily Caller News Foundation), “services related to reproductive health are considered to be part of essential services during the COVID-19 outbreak.”

That means that countries demanding businesses lock down to stop or slow the spread of coronavirus should refrain from locking down abortion providers or forcing them to turn over much-needed personal protection equipment, even though doctors and hospitals are canceling every other form of elective surgery.

The WHO is even demanding abortions be given to those who test positive for coronavirus, even if the procedure might put both patient and caregivers at risk.

“Women’s choices and rights to sexual and reproductive health care should be respected, irrespective of whether or not she has a suspected or confirmed COVID-19 infection,” the group said.

“This includes contraception, quality health care during and after pregnancy and childbirth, and safe abortion to the full extent of the law,” the group said.

Several states have closed abortion clinics, refusing to label abortion services as “essential” during a time of crisis. Planned Parenthood and affiliated abortion rights groups are suing those states, claiming that shutting down clinics, even during a global pandemic, is a violation of constitutional rights.

Of course, its commitment to abortion is the least of the World Health Organization’s problems. On Monday, members of Congress, including Arizona Senator Martha McSally (R-AZ) demanded that the United States investigate the World Health Organization and its ties to the Chinese government — and, particularly, why the WHO took Chinese information about the virus at face value, even as death rates inside China began to climb.

“Dr. Tedros deceived the world,” McSally wrote on Twitter. “At one point, he even praised China’s ‘transparency’ during its coronavirus response efforts despite a mountain of evidence showing the regime concealed the severity of the outbreak. This deception cost lives.”

“In early February, days after President Trump put in place a travel ban for foreign nationals who had recently been to China, Tedros panned coronavirus responses that ‘unnecessarily interfere with international travel and trade,’” Fox News added. “He also tweeted praise for China on March 20, saying ‘[f]or the first time, #China has reported no domestic #COVID19 cases yesterday. This is an amazing achievement, which gives us all reassurance that the #coronavirus can be beaten.’”

At one point, in January, the WHO even tweeted that there was “no clear evidence” that coronavirus spreads from person to person — a conclusion quickly revealed to entirely false.