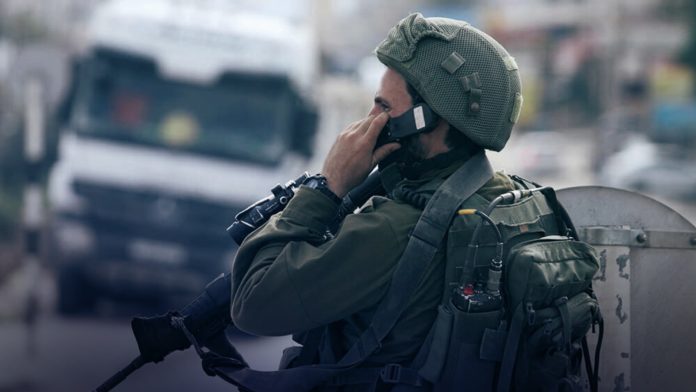 During a visit to Israel, UK counter-terrorism official Jonathan Hall told The Jerusalem Post on Tuesday that England can learn from Israel about how to deal with terrorism.

Hall has a unique position in which the law authorizes him, as an independent actor, to be exposed to all of England’s classified information regarding counter-terrorism in order to evaluate how the system as a whole is functioning.

While in Israel, he discussed the question of defining “who is a terrorist” at the Israel Democracy Institute (IDI) conference, as well as at meetings with Israeli government officials.

He said that “there is no equivalent in Israel. Most countries do not have” a position like his where an official gets complete access to top secret material, but is beyond any chain of command that might limit what he can tell the public.

Having already filed his first report with the British government, the report is due to become public after the upcoming general election.

As part of his role in evaluating whether England is succeeding in combating terrorism and whether it is striking the right balance with upholding human rights, Hall is intent on learning from others dealing with similar issues.

Hall told the Post that Israel’s new terrorism law expanded how to define terrorism and those who support terrorism in many creative ways that England is keeping an eye on.

A big question in the new age of terrorists using technology and a variety of clever fund-raising techniques is whether Israel’s or England’s laws are keeping up with these new tactics.

Hall said he is especially interested in Israel’s law for expanding the definition of terrorism because it was passed after more than a decade of modifications and debate with input from civil society.

He acknowledges that there are some differences between the Israeli and the British contexts, especially in cases where Israel has more set and constant terrorism threats whereas the UK more often has evolving and smaller groups to cope with.

The UK official specifically noted Israel’s designation of certain Islamic charities as providing aid to terrorist groups when they wear two “hats,” and one of the hats is to launder terrorist funds.

In addition, Hall said that “all terrorism laws depend heavily on the good motives of the security services and prosecutors.”He said that Israel gives “huge discretion” to these officials about when to apply the new terrorism law to new groups and when too show more restraint.

From that perspective, he seemed to suggest that even Israel’s terrorism laws could be viewed as a work in progress that will include a need to wait and see whether the rights checks and balances were found between national security and human rights.

In terms of England, he said it is also too early to say whether the current laws are effective enough to combat terrorists in the virtual arena, said Hall.

He stated that in more recent years, the UK has been more aggressive about arresting those who glorify terrorism in a way that seems to call for people to emulate terrorists.

Further, Hall noted the UK’s 2019 ban on all of Hezbollah, including its political wing.

In contrast, Hall said that the UK only bans Hamas’ military wing, but does not yet ban its political wing.

In the realm of social media, Hall said that the UK’s tactics have been to dialogue with Facebook and Twitter to get them to quickly remove posts by terrorism groups instead of using more heavy-handed formal legal proceedings.

He suggested these informal channels and pressures are more effective as sometimes the social media giants will even remove posts which might not be defined as connected to terrorism, but which bother the UK security services and can be said to violate internet giants’ standards of conduct.

In the area of administrative detention, he said that England only used the tactic to restrain terrorists in the aftermath of September 11, 2001.

However, in more recent years, in place of administrative detention, England has sometimes ordered individuals to be effectively under house arrest with an electronic chip to monitor their movements.

For example, a person might be ordered to leave their home city, where their social (and maybe terrorism) network is, to move to a specific residence in another city where they can only leave the residence at specifically approved hours.

This is also how England is dealing with many returning ISIS fighters who are British.