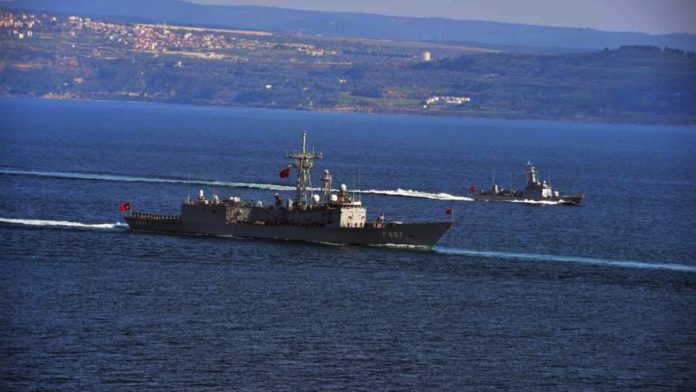 An Israeli research boat is reported to have been escorted out of Cypriot (Waters within the territory of the island of Cyprus) waters by the Turkish Navy in the last two weeks; Israeli Official: The Turks are trying to establish themselves as the ones running the show in the region, and that is very worrying.

Approximately two weeks ago, an Israeli research boat was escorted out of Cypriot (waters inside the territory of the island of Cyprus) after the Turkish Navy required them to leave the area. Turkish naval ships were responsible for escorting the research boat.

The research boat involved belonged to the Israel Oceanographic and Limnological Research institution. What is seriously alarming is the fact that the Israeli boat was working in partnership with the Cyprian government before being intercepted by the Turkish navy and removed from the region. One Senior Israeli Official said it best, stating, “The Turks are trying to establish themselves as the ones running the show in the region, and that is very worrying.”

Turkey has been seeking to assert its dominance in the region lately, especially after signing a maritime border agreement with Libya, which is causing a feud between several nations in the region such as Egypt, Greece, and Cyprus. Without question, the motive and source of tension behind the scenes throughout all of this is related to gas & oil. In fact, Turkey’s capital, Ankara, has come to the point of threatening military force if they find anyone exploring or drilling for oil in waters they are lording over.

In response, it is reported that Israeli fighter jets flew low over Turkish naval ships over the weekend.