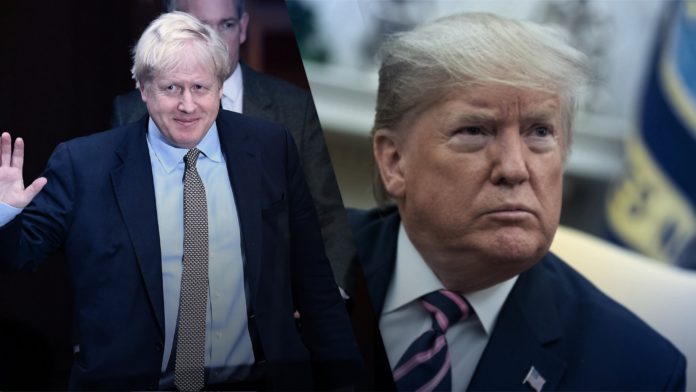 President Trump on Friday predicted that the resounding victory for British Prime Minister Boris Johnson in the United Kingdom’s elections this week could be a precursor for Republican success in the U.S.’s 2020 elections.

“I want to congratulate Boris Johnson on a terrific victory. I think that might be a harbinger of what’s to come in our country. It was last time,” Trump told reporters in the Oval Office during a meeting with the president of Paraguay.

Trump said Friday that he expected Johnson’s victory would benefit the U.S. if the two sides are able to negotiate a bilateral trade deal once Brexit is completed.

Political pundits in the U.S. were quick to try to draw parallels between the results across the pond and what it could mean for the 2020 presidential race, despite notable differences.

Some took Johnson’s win as a sign of good things to come for Trump. The president is a close ally of Johnson’s, and he won his 2016 election just months after voters in the U.K. approved the Brexit referendum, with both riding a wave of populist sentiment.