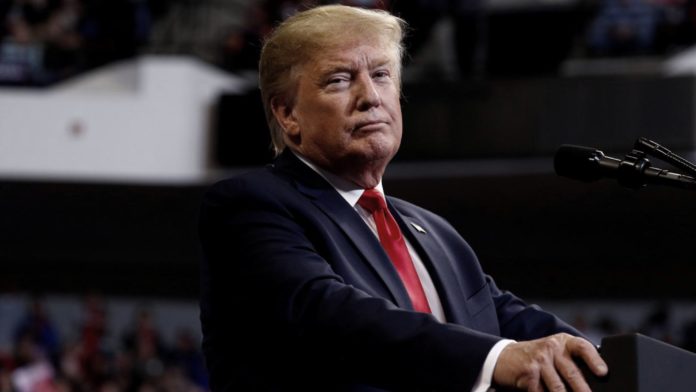 “A society without religion cannot prosper. A nation without faith cannot endure—because justice, goodness, and peace cannot prevail without the grace of God.”

Franklin Graham: What a true statement. Who do you think wrote it? I am thankful to say that it was our president, Donald J. Trump. In his proclamation this week, he also called to an end to religious persecution worldwide. Thank you President Trump and your administration for defending religious liberty around the world.

This week President Trump issued a proclamation that was filled with some profound quotes about faith and freedom, intended to reaffirm America’s mission to end religious persecution worldwide.

The proclamation was issued to mark the 850th Anniversary of the Martyrdom of Thomas Becket, a British man who was killed for his faith, for standing up for religious liberty.

President Trump stated, “Thomas Becket’s death serves as a powerful and timeless reminder to every American that our freedom from religious persecution is not a mere luxury or accident of history, but rather an essential element of our liberty. It is our priceless treasure and inheritance. And it was bought with the blood of martyrs.”

Here are some more highlights from the president’s statement:

“A society without religion cannot prosper. A nation without faith cannot endure — because justice, goodness, and peace cannot prevail without the grace of God.”

“As Americans, we were first united by our belief that ‘rebellion to tyrants is obedience to God’ and that defending liberty is more important than life itself. If we are to continue to be the land of the free, no government official, no governor, no bureaucrat, no judge, and no legislator must be allowed to decree what is orthodox in matters of religion or to require religious believers to violate their consciences.”

“No right is more fundamental to a peaceful, prosperous, and virtuous society than the right to follow one’s religious convictions. As I declared in Krasiński Square in Warsaw, Poland on July 6, 2017, the people of America and the people of the world still cry out: ‘We want God’.”

“To honor Thomas Becket’s memory, the crimes against people of faith must stop, prisoners of conscience must be released, laws restricting freedom of religion and belief must be repealed, and the vulnerable, the defenseless, and the oppressed must be protected. The tyranny and murder that shocked the conscience of the Middle Ages must never be allowed to happen again. As long as America stands, we will always defend religious liberty.”