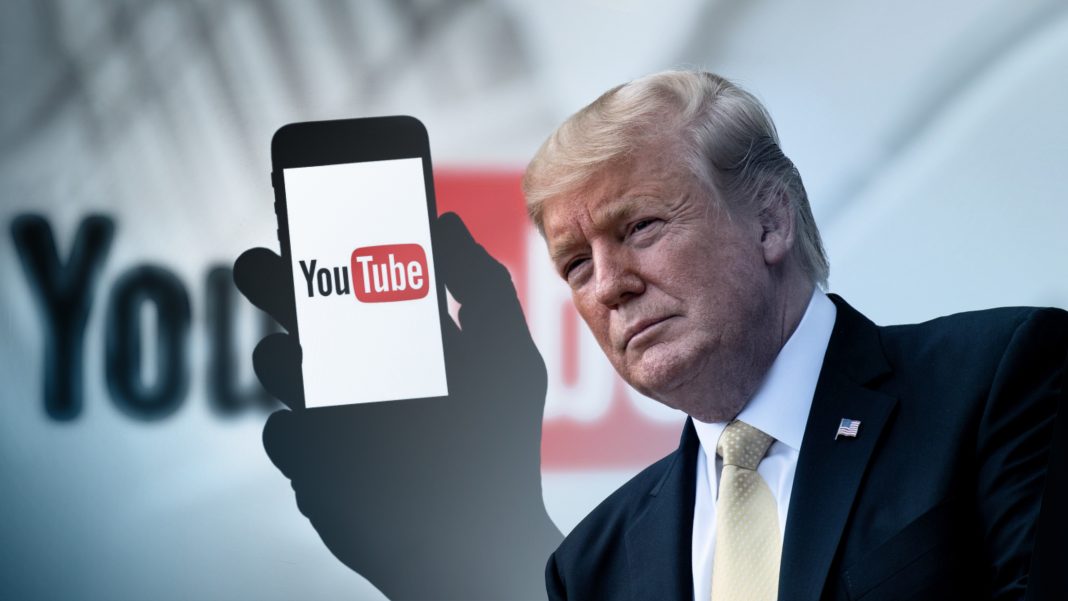 Former President Donald Trump asked a Florida judge on Monday to issue a preliminary injunction against YouTube to reinstate his account.

“What they do is say, ‘Hey, look, we have this free and open community you should join where you can share political thought, updates on family, or even have the ability to make a living,’” Katie Sullivan, executive director of America First Policy Institute’s Constitutional Litigation Partnership said during a phone interview with the New York Post.

“But the defendants do not apply their rules evenly or consistently — they censor specific voices and thought so that other users only hear one side of a story,” Sullivan added.

“They encourage users to become reliant on them as one of their main vehicles of communication and in many cases livelihood and now defendants are choosing the winners and losers of society,” she also noted.

Judge Kevin Michael Moore is presiding over the suit against YouTube in the Southern District of Florida, according to the report.

The former president’s YouTube channel had 2.73 million subscribers at the time it was shut down following the events of Jan. 6.

The actions follow Trump’s announcement during a news conference in July that he would lead a class-action lawsuit against Twitter, Facebook and Google after they removed him from their platforms following the Jan. 6 Capitol incursion.

“I stand before you this morning to announce a very important … development for our freedom and freedom of speech,” he said at Trump National Golf Club in Bedminster, New Jersey.

“Today, in conjunction with the America First Policy Institute, I’m filing, as the lead class action representative, a major class-action lawsuit against the Big Tech giants, including Facebook, Google and Twitter, as well as their CEOs, Mark Zuckerberg, Sundar Pichai and Jack Dorsey,” Trump said.

“There is no better evidence that Big Tech is out of control than the fact that they banned the sitting president of the United States earlier this year,” he added.

“The American people’s birthright of freedom must prevail against Big Tech and other forces that seek to destroy it. Through this lawsuit, we are standing up for American democracy by standing up for free speech rights of every American,” Trump added.

Trump has similar lawsuits in progress against Twitter and Facebook. In June, Facebook said it will look to “experts” to review whether Trump can be reinstated in January 2023.

“We will evaluate external factors, including instances of violence, restrictions on peaceful assembly and other markers of civil unrest,” Nick Clegg, Facebook’s vice president of global affairs, said in a statement.

“If we determine that there is still a serious risk to public safety, we will extend the restriction for a set period of time and continue to re-evaluate until that risk has receded,” Clegg said.

“When the suspension is eventually lifted, there will be a strict set of rapidly escalating sanctions that will be triggered if Mr. Trump commits further violations in future, up to and including permanent removal of his pages and accounts.”

The decision applied to both Facebook and Instagram. The former president had nearly 60 million followers across the two platforms, according to CNN.

On Tuesday, former President Trump released a statement regarding his lawsuit against Big Tech platforms, writing that “truth itself” is under attack by the tech companies “communist-style censorship.”

“The American people, and truth itself, are under attack by Big Tech’s unlawful and Communist-style censorship,” the 45th President urged. “We filed a historic class-action lawsuit because every American deserves to have their First Amendment Rights protected, not destroyed by leftist radicals in Silicon Valley.”

“Since announcing this lawsuit, over 85,000 stories have been shared by Patriots around the Country who know their voices are being silenced and freedoms restricted—and they have joined the suit,” he wrote. “We have continued this effort with the filing of a Motion for Preliminary Injunction.”

“We must fight back,” he asserted. “They are destroying our Country. There is nothing more important than our right to free speech.”

Newt Gingrich in his recent article, “Inside Big Tech’s War on Conservatives — and America,” wrote:

The inconsistency with which Twitter applies its standards is remarkable. That Trump is silenced for questioning the results of the 2020 election while the Taliban is allowed a microphone to preach jihad is indicative of Big Tech’s maniacal push to censor conservatives. It also shows the titans of tech care more about the free speech of America’s enemies than its former presidents.