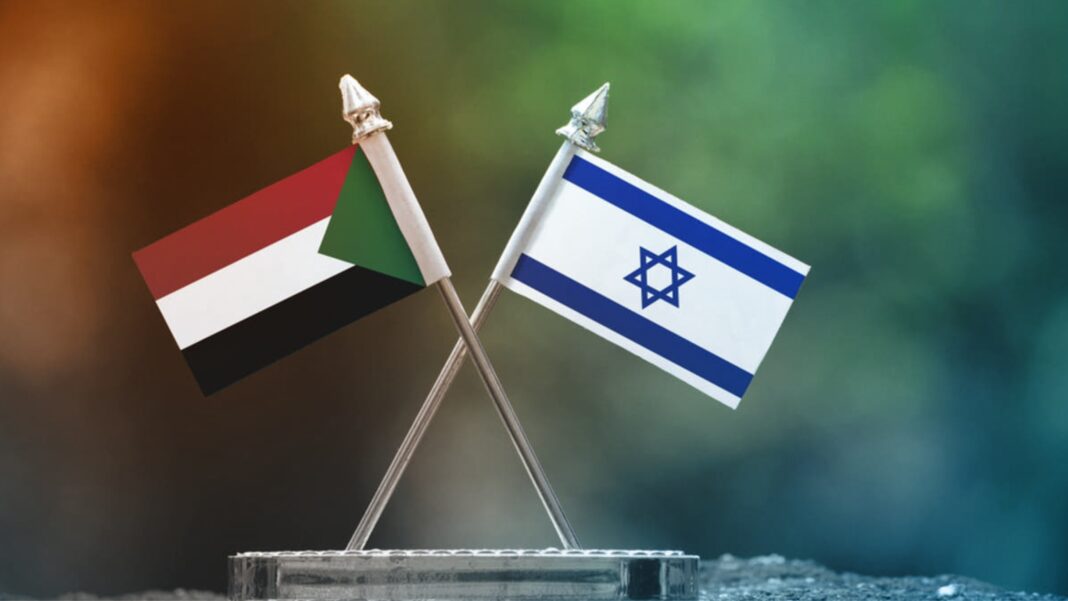 Israel and Sudan officially agree to normalize ties under the oversight of the White House; Trump: With the United Arab Emirates and Bahrain, that’s THREE Arab countries to have done so in only a matter of weeks. More will follow!

After several weeks of negotiations and international agreements between Sudan and the United States, the White House was successful in brokering an official agreement between Israel and the northeastern African country of Sudan. The two countries will now normalize ties.

In his announcement, President Trump said, “They are choosing a future in which Arabs and Israelis, Muslims, Jews, and Christians can live together, pray together, and dream together, side by side, in harmony, community, and peace.”

Israeli Prime Minister Benjamin Netanyahu praised the new agreement, stating, “Today we announce another dramatic breakthrough towards peace. Today Khartoum says yes to peace with Israel, yes to acknowledging Israel and yes to normalization with Israel. This is a new era, an era of true peace.”

US President Donald Trump also tweeted on Friday, “HUGE win today for the United States and for peace in the world. Sudan has agreed to a peace and normalization agreement with Israel! With the United Arab Emirates and Bahrain, that’s THREE Arab countries to have done so in only a matter of weeks. More will follow!” This was followed by images of the joint statement released by all three countries.

Rumors of the agreement surfaced after the White House took steps to remove Sudan from the state-sponsored terror watchlist. And earlier this week, an Israeli jet left Tel Aviv for Sudan’s capital city, Khartoum, only to make its way back several hours later, creating even more speculation.

Sudan is now the third Arab country to normalize its ties with Israel in just a matter of a few months.

Behold Israel in their recent article “Friend or Foe – What Does Ezekiel Have to Say About the Future Between Israel & Sudan?” explained what this newly formed relationship means for Bible Prophecy, specifically the Ezekiel 38-39 War:

How does all of this relate to what should be anticipated for the future in light of what the prophet Ezekiel spoke of 2,500 years ago? After all, modern-day Sudan is listed as one of the countries that will invade Israel alongside Iran, Russia, Turkey, and other countries:

Ezekiel 38:4-6 KJV – “And I will turn thee back, and put hooks into thy jaws, and I will bring thee forth, and all thine army, horses and horsemen, all of them clothed with all sorts of armour, even a great company with bucklers and shields, all of them handling swords: Persia, Ethiopia, and Libya with them; all of them with shield and helmet: Gomer, and all his bands; the house of Togarmah of the north quarters, and all his bands: and many people with thee.”

If Sudan is to normalize ties with Israel, that would seem to contradict what the prophet is saying, wouldn’t it? Are we actually heading in the direction of the Ezekiel 38 invasion if peace appears to be on the table?

What about the fact that Sudan isn’t mentioned in in Ezekiel 38:5? To simply solve this contradiction, note that when the prophet speaks of Ethiopia, the location being spoken of consists of what he knew as Ethiopia of his time; modern-day Ethiopia and Sudan. The Hebrew word is “Kush (כּוּשׁ),” which was a territory that included what is now Sudan.

A brief review of history will equip us with some much-needed reminders as to how quickly things can change on the world stage.

Israel formed a diplomatic relationship with Turkey in 1949, just a year after the Jewish State was reborn. This relationship was critical, especially in the realm of military tactics. As time went on, there were several other economic and trade benefits, as well as technology. However, after decades of partnership, the relationship began to deteriorate when current President Recep Tayyip Erdogan rose to power in 2002, accompanied by his Islamic Revolution.

Currently, Israel and Russia are on good terms with each other. However, Russia has an agenda in the Middle East, and they will stop at nothing to see it through. It’s only a matter of time. As far as Iran is concerned, they, too, were once friendly towards the Jewish State. But when their Islamic Revolution took place in 1978, hostility became inevitable.

As for the other countries that are normalizing their diplomatic relationship with Israel, the stage is being set for the protest that Ezekiel spoke of:

Ezekiel 38:10-13 KJV – “Thus saith the Lord God; It shall also come to pass, that at the same time shall things come into thy mind, and thou shalt think an evil thought: And thou shalt say, I will go up to the land of unwalled villages; I will go to them that are at rest, that dwell safely, all of them dwelling without walls, and having neither bars nor gates, To take a spoil, and to take a prey; to turn thine hand upon the desolate places that are now inhabited, and upon the people that are gathered out of the nations, which have gotten cattle and goods, that dwell in the midst of the land. Sheba, and Dedan, and the merchants of Tarshish, with all the young lions thereof, shall say unto thee, Art thou come to take a spoil? hast thou gathered thy company to take a prey? to carry away silver and gold, to take away cattle and goods, to take a great spoil?”

Just because an agreement of peace is on the table, you can see how quickly things can turn badly. This is the case with Sudan. Therefore, while there may be a temporary agreement to normalize ties with Israel, a time will come when they no longer adhere to the agreement, assuming it ever takes place.

While it may seem “too good to be true” because of how literally the prophet’s words are becoming a reality, we ought not to be surprised. What the Lord says, He will also do: