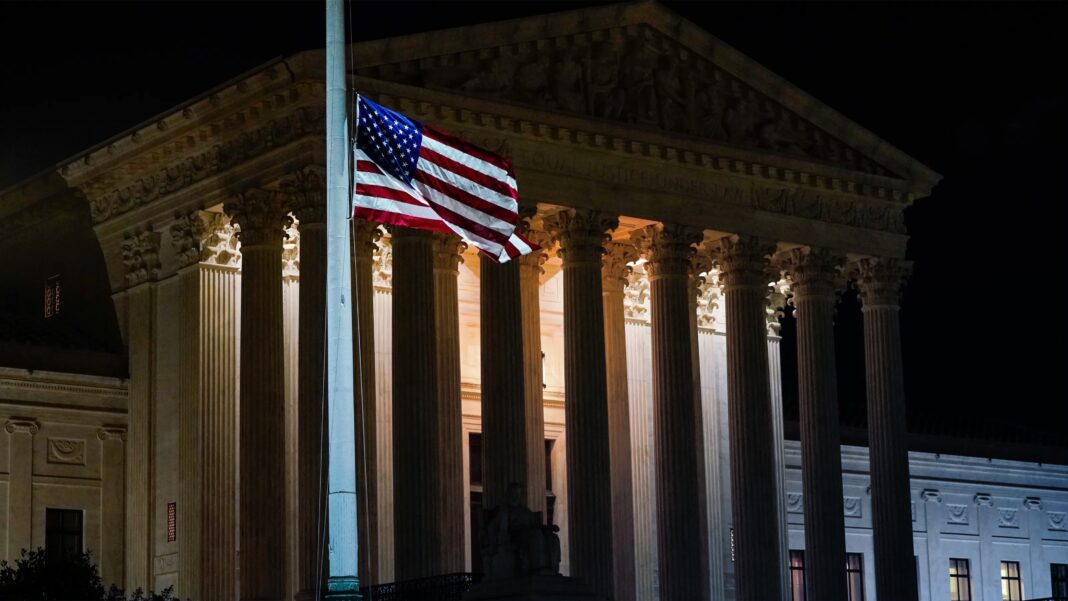 Few things are worse for public confidence in elections than having the rules changed in the middle of the game (or after it). An epidemic of late-in-the-day changes to the rules was particularly corrosive in 2020. Courts are ill-equipped to referee those changes when partisan tempers are running hot. The Supreme Court just threw away its last opportunity to remedy that problem before the next election cycle.

The Court this morning turned away the remaining challenges to the 2020 election in Pennsylvania, Wisconsin, Georgia, Arizona, and Michigan. Some of these challenges were legally meritless, and none of them offered any legitimate grounds to change the outcome of the presidential election, but the Pennsylvania case in particular raised a serious, recurring issue of election law: whether state courts or state executive officials can use the general, open-ended terms of state constitutional provisions to throw out specific rules passed by state legislatures governing federal elections. Articles I and II of the Constitution reserve to state legislatures the power to set rules for federal elections.

That’s exactly what happened in Pennsylvania: The Pennsylvania supreme court used the Pennsylvania Constitution’s general guarantees of “free and equal” elections and “free exercise of the right of suffrage” as an excuse to invalidate the state legislature’s explicit deadline for mail-in ballots to be received by 8 p.m. on Election Day — the same time the in-person polls close. That deadline was enacted in 2019 and left untouched in revisions to the mail-in ballot rules during the pandemic in 2020. The Court should have heard the case before Election Day, in order to ensure that the rules of the road were set in advance. Refusing to hear the case either before the election or after the election guarantees that the issue remains unsettled for the next election.

Justice Clarence Thomas, joined by Justices Samuel Alito and Neil Gorsuch, wrote a dissent blasting the Court for repeatedly ducking this issue (Alito added his own dissent). Normally, federal courts will not hear cases once they are moot, and that would normally be the situation here: Justice Thomas noted that there was no evidence in the record that the Pennsylvania deadline extension changed the result of any federal election. Normally, federal courts will also not hear cases when there is no injury yet or when they are not ripe — that is, nobody has been harmed yet. That was the argument raised by the dissent in a challenge to Minnesota changing its mail-in ballot deadline: We shouldn’t even require ballots to be segregated until we see if it would change the outcome. But that can risk creating a Catch-22: a case is always too early or too late. So, there is an exception to the mootness rule to deal specifically with situations where the ripeness and mootness rules together would make it impossible ever to hear a properly brought case: for an issue that is “capable of repetition, yet evades review.” As Thomas noted, the Court has invoked this rule in election cases before, and should have done so here to avoid repeating the problem:

[The Pennsylvania Supreme Court’s] decision to rewrite the rules seems to have affected too few ballots to change the outcome of any federal election. But that may not be the case in the future. These cases provide us with an ideal opportunity to address just what authority nonlegislative officials have to set election rules, and to do so well before the next election cycle. The refusal to do so is inexplicable. . . . An election system lacks clear rules when, as here, different officials dispute who has authority to set or change those rules. This kind of dispute brews confusion because voters may not know which rules to follow. Even worse, with more than one system of rules in place, competing candidates might each declare victory under different sets of rules.

That does sound familiar, doesn’t it? Thomas detailed why contests involving mail-in ballots, which were once treated with skepticism even by the New York Times and election-law experts, were more complicated to litigate quickly, and thus presented even greater mootness problems: “Five to six weeks for judicial testing is difficult enough for straightforward cases. For factually complex cases, compressing discovery, testimony, and appeals into this timeline is virtually impossible.” He specifically noted the compressed timeline imposed in presidential elections by the Electoral Count Act of 1887. And Justice Thomas warned of the particular problems the Court faces in trying to handle politically charged cases in the middle of voting, pointing to a South Carolina case where the Court ended up ordering one rule for ballots cast after its decision, and another for ballots already cast. The Purcell rule, under which federal courts try to avoid changing rules late in the game, reflects some wisdom, but it is counterproductive if the courts will not clarify who has power to set the rules ahead of time.

As Thomas noted, while the Supreme Court had ordered that late-arriving ballots be segregated in order to allow post-election challenges, a different fight in a state election illustrated what can go wrong:

We may not be so lucky in the future. Indeed, a separate decision by the Pennsylvania Supreme Court may have already altered an election result. A different petition argues that after election day the Pennsylvania Supreme Court nullified the legislative requirement that voters write the date on mail-in ballots. . . . According to public reports, one candidate for a state senate seat claimed victory under what she contended was the legislative rule that dates must be included on the ballots. A federal court noted that this candidate would win by 93 votes under that rule. . . . A second candidate claimed victory under the contrary rule announced by the Pennsylvania Supreme Court. He was seated. That is not a prescription for confidence. Changing the rules in the middle of the game is bad enough. Such rule changes by officials who may lack authority to do so is even worse.

Justice Kavanaugh, who joined the dissenters in the fall, did not join them today, presumably concluding that the Court should avoid taking a case that was moot. But the Court should have decided this case now, if not earlier. This issue will not go away… This was the time for cooler heads to say what the law is.

The above article deals with the legal aspect of countering election fraud. The problem, however, continues to be that conservative judges are strict in wanting to follow the law and the constitution, but the same is not the case with judges on the left.

This election cycle saw a myriad of corrupt judges that cared more about the “common goal,” which was to get President Trump out of office, than they cared about the election’s soundness and following the guidelines set out in the constitution.

The hatred that is held by democrats of all professions, has driven the idea that, to achieve their intended outcome, “by any means necessary” is acceptable, laws or no laws. It is political and judicial lawlessness, and it is only getting worse.

They hated Donald Trump for many reasons. He is anti-globalist, pro-life, pro-Israel, anti-socialist, pro-borders, pro-religious freedom, etc. All of these positions run in sharp contrast to the current agenda that is being pushed globally by world elites. The concerted effort was to remove this man, who was not only not afraid to counter the globalist policies but was good at it. They could not tolerate any longer for Trump to be in the position of “leader of the free world.”

These people are blatantly corrupt, they resist the truth, and they hate Christians. This is exactly what we are told this world would be like in the last days. In the end, however, God will bring their folly and deciet front and center.