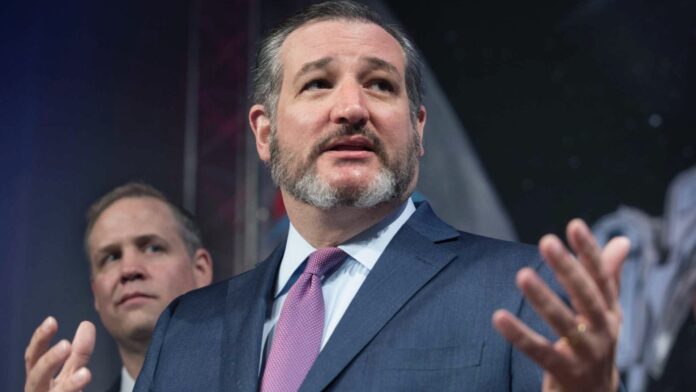 Sen. Ted Cuz (R-TX), author of One Vote Away: How a Single Supreme Court Seat Can Change History, described technology companies’ political censorship as today’s greatest threat to free speech and democracy, offering his comments in an interview on Tuesday’s edition of SiriusXM’s Breitbart News Daily with host Alex Marlow.

Cruz noted the growing concentration of power over the flow of information held by the world’s largest technology companies.

“Big tech censorship is, I think, the single greatest threat to free speech and democracy in the country today,” Cruz said. “There are a handful of Silicon Valley billionaires who have amassed more power than ever seen before over information, over the public square, over discourse, and big tech is is brazen, [and] is shamelessly silencing and censoring conservatives.”

Cruz recalled warnings from Dr. Robert Epstein, a professor of psychology and researcher, of Google’s capability and intention to leverage its infrastructure to assist Joe Biden’s presidential campaign and Democrats, more broadly. He previously noted Google’s suppression of Breitbart News and other conservative news media across its search engine and digital properties as part of the company’s commitment to advancing left-wing ideology.

Cruz stated, “Dr. Robert Epstein, who’s a very respected psychologist, did an empirical analysis of Google in 2016. He concluded that manipulated and biased search results on Google shifted 2.6 million votes to Hillary Clinton. … Dr. Epstein is not a Republican. He is a liberal Democrat who voted for Hillary Clinton and openly supported her, but he nonetheless was outraged that a giant Silicon Valley company was putting their finger on the scale, and actively manipulating the election outcome.”

Cruz said the Trump administration and Department of Justice must use “enforcement [and] prosecution actions” to preserve First Amendment protections against technology companies’ political censorship and related manipulations.

“We’ve got to mobilize and communicate, despite their power and lies and manipulations, and then we need the seriousness of purpose within the administration to bring enforcement actions and prosecution actions, which I have been urging the president [and] the attorney general of the administration to do for four years,” concluded Cruz.

In 2 Timothy 3, the Bible outlines characteristics that would be widespread in the last days. We are told that people would be, among other things, “deceivers,” “despisers of those that are good,” “false accusers,” and that they would be “corrupt” men that hate Christians and resist the truth.

These are the very same characteristics we are witnessing in the censorship of conservatives and Christians on social media platforms.

Big Tech companies silence Christians from sharing the truth and pushing back against the deceptions of our day (including abortion, homosexuality, climate change, evolution, globalism, sexual immorality, etc.). The platforms, in doing so falsely accuse Believers in Christ of spreading hate by merely presenting Biblical definitions of right vs. wrong, instead of going along with the Isaiah 5:20 culture.

Persecution, in our day, should not be a surprise. 2 Timothy 3:12-13 also very clearly explains that in the last days, all that live godly in Christ, in other words, those that stand up for Biblical values, “shall suffer persecution” meanwhile “evil men and seducers shall wax worse and worse, deceiving, and being deceived.”