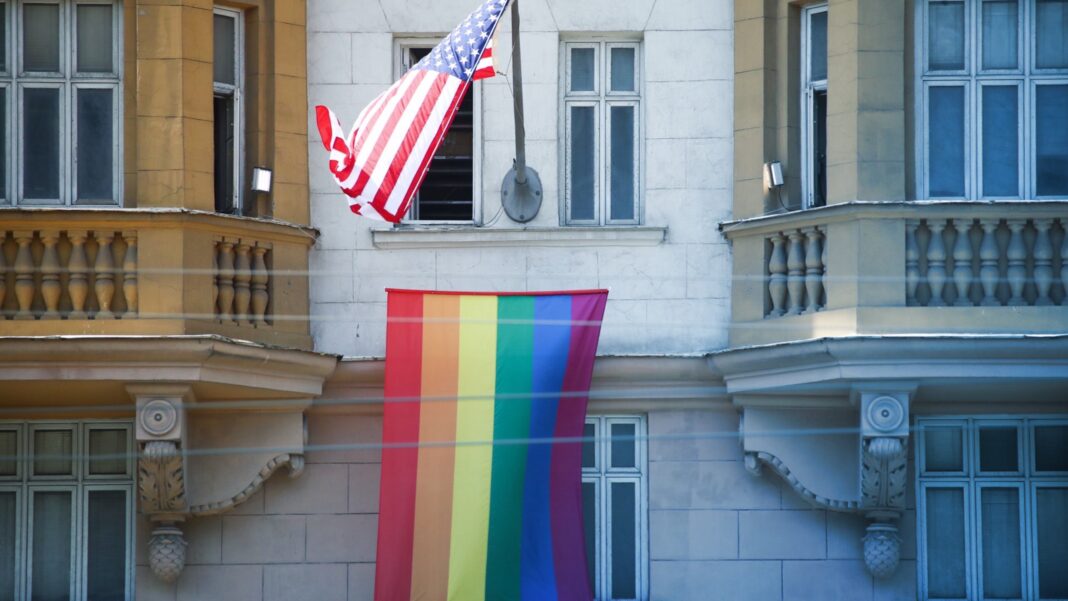 Secretary of State Antony J. Blinken has authorized United States embassies and consulates around the world to display the rainbow pride flag of the LGBTQ movement on the same pole as the U.S. flag, reversing a Trump administration ban on flying any flag other than the U.S. flag at embassies.

Under Blinken’s authorization, the flag can be displayed on or before May 17, the International Day Against Homophobia and Transphobia, through the end of June, when “Pride Month” is celebrated, The New York Times reported, citing a cable and a department official.

In the cable, Blinken noted that it was an authorization and not a requirement, and whether embassies and consulates decide to display the flag is their decision as they can “determine that such a display is appropriate in light of local conditions.”

“Secretary Blinken is committed to the rights and prosperity of our LGBTQ+ community, both our employees at State and in all around the world,” said State Department principal deputy spokesperson Jalina Porter during a Friday press briefing.

Cissie Graham questioned the decision on Instagram. “Why is any flag other than the United States of America flag flying over U.S. embassies?” she posted.

Franklin Graham also spoke out against the authorization on Facebook, stating: “Just because something is ‘authorized,’ that doesn’t make it right! Why should a flag representing one group of people and a specific agenda be literally raised up above all others and allowed to fly at our embassies and consulates? The embassies represent the United States of America on foreign soil—only the U.S. flag should be flown. Not the gay pride flag, not the Christian flag, not any other flag. The previous administration had a one-flag rule that the Biden administration has rescinded. Our U.S. flag represents the sacrifice, the honor, the unity, the patriotism—and the blood—that made America great. Pray for our nation and our leaders.”