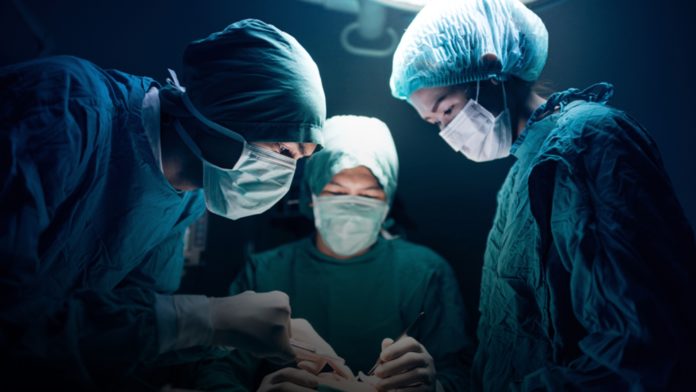 On Wednesday, South Dakota legislators commenced a hearing on a bill that would ban surgical and chemical sex-change treatments for minors. The bill was submitted by GOP Rep. Fred Deutsch, a child of a Holocaust survivor, who stated that what precipitated his bill, titled the Vulnerable Child Protection Act, was learning on the Internet about young people who had undergone surgery and spoke of their consequent suffering.

On Tuesday, Deutsch spoke on “Washington Watch” with Tony Perkins, president of the Family Research Council, where Deutsch stated:

You know, my involvement with this was … accidental. I just ran across stories of pain and suffering from young people on the internet and Twitter. And then I was led to a couple of sites on Reddit. I’d never been on there before … but it’s where a lot of these children who are hurting go, and they share their stories of pain and misery. And many of them didn’t understand what they were getting themselves into. So that moved me. You know, it’s not hard to be compassionate when you care about kids. And it [drove] me to research if any of this was being done in South Dakota — and I found out it was.

Deutsch continued by warning that girls are being given testosterone and boys estrogen by doctors in “ultra-high mega-doses, as well as, [encouraging] mastectomies and what they call the bottom surgery … You know, folks on the other side of the argument talk about puberty blockers as being a ‘pause button.’ And I’m saying, you know what? A much better possibility is just don’t give them the drugs or surgeries. Let them wait! Because according to the literature and all the studies over some 40 years, on average, about 85% of these kids will just come to acknowledge their normal natural [sex] that they’re born with if you don’t mess with them with drugs or surgery. So isn’t that a much better, ‘pause button?’ I think so.”

Deutsch added that there’s “no contradiction” between respecting transgender individuals and his belief “that irreversible and experimental surgical and chemical interference with a child’s sexual development is morally indefensible.”

He concluded, “If you care about kids, I think you have to prioritize them. And in South Dakota, we don’t allow mutilation of our children. I don’t care if it’s doctors. I don’t care if it’s parents. You know, these kids on the Internet, they share pictures of themselves that just blow you away — of all these surgical scars, and it’s terrible. That should not ever be allowed. To me, that’s a crime against humanity when these procedures are done by these so-called doctors… that dance on the edge of medicine… You know, I’m the son of a Holocaust survivor. I’ve had family members killed in Auschwitz. And I’ve seen the pictures of the bizarre medical experiments. I don’t want that to happen to our kids. And that’s what’s going on right now.”

As National Review noted, “The Vulnerable Child Protection Act would prohibit medical sex-change treatments for children under the age of 16 and make those directly involved guilty of a Class 1 misdemeanor. It would not prevent children from being socially transitioned.”

Nation Review took note of one parent from the Kelsey Coalition, whose members have children identifying as transgender, who stated:

What happens when other factors are overlooked in a rush to hormones and surgery? What if there is other trauma, other pain, behind these youthful feelings and troubles? Can’t we heal the hurts without cutting the body? And once we have cut that beautiful body, when the voice is permanently broken, the beard is there for good, the breasts are gone, what happens if the body was never wrong to start with?

What will you tell the daughters that realize, too late, that they have destroyed their ability to bear children, or to nurse them? When they find that their wounds had other causes, other origins, and required other treatments? I plead with you to hear the parents, and the many stories of young people who have changed their minds after medical transition. This is not healthcare, this is a medical experiment. This is not lifesaving care, these are criminal actions. And they must be stopped. Please​ vote yes on HB 1057. Thank you.