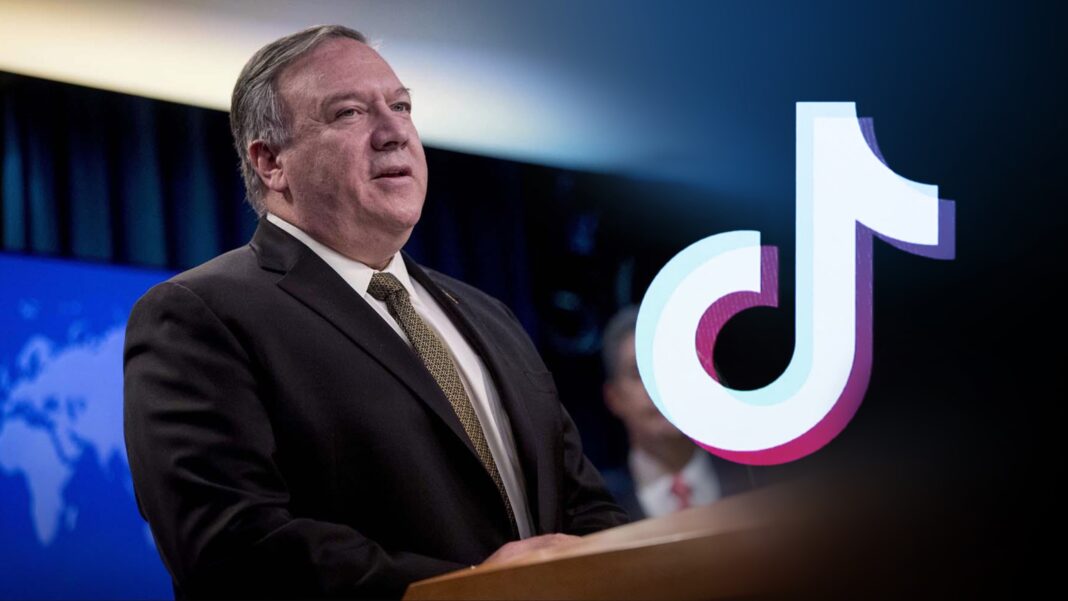 Trump’s call for a ban came amid concerns over the national security risk posed by the app’s collection of personal data, as Microsoft has been in talks to acquire the platform’s U.S. operations.

“These Chinese software companies doing business in the United States,” Pompeo said, “are feeding data directly to the Chinese Communist Party, their national security apparatus. Could be [users’] facial recognition pattern, it could be information about their residence, their phone numbers, their friends, who they’re connected to. Those are the issues that President Trump’s made clear we’re going to take care of. These are true national security issues.”

Pompeo said that in the past, the U.S. had a relaxed approach to the Chinese companies if companies were making money off of them or enjoying their products.

Pompeo said that Trump will take measures in the coming days to address “a broad array of national security risks” presented by software companies.

Microsoft has paused its efforts to acquire the U.S. operations of TikTok, which allows users to share and post short videos. Bartiromo asked Pompeo if having those operations under Microsoft would remove the risk of Chinese spying. Pompeo would only say that the Trump administration “will make sure that everything we have done drives us as close to zero risk for the American people.”

Pompeo called out leaders of tech companies who claimed that they were unaware that the Chinese Communist Party was trying to steal American intellectual property.

“I saw statements from senior American CEOs of the big tech companies this week saying they hadn’t heard or seen about intellectual property theft in the United States. That’s crazy talk,” he said.

In Congress and in the rest of the world, however, Pompeo said that leaders are understanding the problem the Chinese government poses.

“The good news is we’re getting nearly every member of Congress aligned along the administration’s policies on China,” Pompeo said, adding that “the tide is turning … not only here in the United States, but all across the world” in recognizing the threat posed by the Chinese Communist Party.

Pompeo also addressed the ongoing abuse of Uighurs in China, calling it “the greatest human rights violation of this century to date,” saying the U.S. has imposed sanctions on those involved.