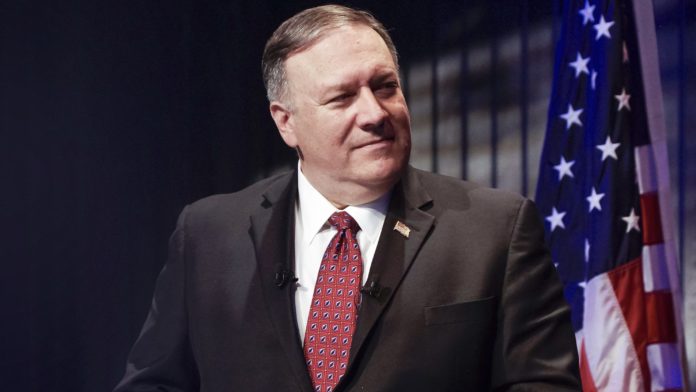 The US pullout of its troops from northeast Syria has not endangered Israel, Secretary of State Mike Pompeo said amid reports that he was heading to Jerusalem to meet Prime Minister Benjamin Netanyahu, after visiting Ankara on Thursday.

Channel 13 reported that Pompeo will discuss the removal of US troops with Netanyahu. Prior to that meeting, Pompeo and Vice President Mike Pence will meet with Turkish President Tayyip Erdogan and ask him to halt his attack on the Kurds.

Republican Senator Lindsey Graham, who is a strong supporter of Israel, tweeted that he worried that as a result of the pullout of US troops – a move seen as an abandonment of America’s alley the Kurds – “we will not have allies in the future against radical Islam, ISIS will reemerge, & Iran’s rise in Syria will become a nightmare for Israel. I fear this is a complete and utter national security disaster in the making and I hope President Trump will adjust his thinking.”

He warned it could prove to be a worse disaster than when former US President Barack Obama left Iraq.

But in an interview with Maria Bartiromo of Fox Business Network, Pompeo dismisses the idea that US strategy was bad for Israel.

“You heard earlier in our montage of comments from people – the former prime minister of Israel, Ehud Barak, was in the studio earlier this week, and he said the winners in all of this are Russia, Assad, Iran, and ISIS. Is it your belief that Israel today is less safe as a result of this move?” Bartiromo asked.

What is happening in northeast Syria, he said, is “a small part of our Middle East strategy,” explaining that people should focus on the larger picture, which is “the world’s largest state sponsor of terror, the Islamic Republic of Iran.”

At a Washington news conference, US President Donald Trump said he did not want US soldiers to die because of the border battle between Syria and Turkey, and he suggested that Graham should focus on legislation and the Democrats rather than foreign policy.

Trump added that in the aftermath of his decision, what has happened is that no American soldiers have been killed.

Since the start of the Turkish assault last week, Netanyahu has issued one statement in support of the Kurds but has otherwise been largely silent on the issue.

The UN Security council met last Thursday, and on Wednesday at the request of its European members: Germany, France, Belgium, Britain and Poland. They jointly called on Turkey last week to stop its military action.

“We deeply regret that Turkey has not responded yet to these repeated appeals from its allies as we do not believe Turkey’s unilateral military action will address its underlying security concerns,” the European members said in a joint statement on Wednesday after the Security Council meeting.

“Turkey’s ongoing military action seriously undermines the stability and security of the whole region, resulting in more civilian suffering, displacement and the severe hindering of access to humanitarian assistance,” they said.

US Ambassador to the United Nations Kelly Craft said separately after the council meeting that the United States called on Turkey to “cease undermining the campaign to defeat ISIS, cease endangering civilians, cease threatening peace, security and stability in the region, cease its offensive, and declare a ceasefire immediately.”

Syrian government forces, backed by Washington’s adversaries Russia and Iran, have swiftly advanced into territory formerly patrolled by US troops.

Turkey has justified its action under Article 51 of the UN Charter, which covers an individual or collective right to self-defense against armed attack. It told the Security Council in a letter last week that its military operation in northern Syria would be “proportionate, measured and responsible.”

Berean Review: What does this have to do with Bible Prophecy?

God told us in advance through the Prophet Ezekiel in chapters 38-39, that in the latter days, an invasion of Israel would be attempted. By their ancient names, God tells us that Russia, Iran and Turkey and others would try this invasion through the north (Syria).

The Bible also includes the detail that no nation (including the United States) would intervene and protect the Jewish state. There would only be some that would protest (Saudi Arabia by their ancient name and “the young lions” of “Tarshish”).

This Prophecy seems to be coming very precisely into alignment before our eyes! Not only are the Russian, Iranian and Turkish armies all within Syria, but for the first time in history, the three are tightly knit together with one common thread: Their motives against Israel.