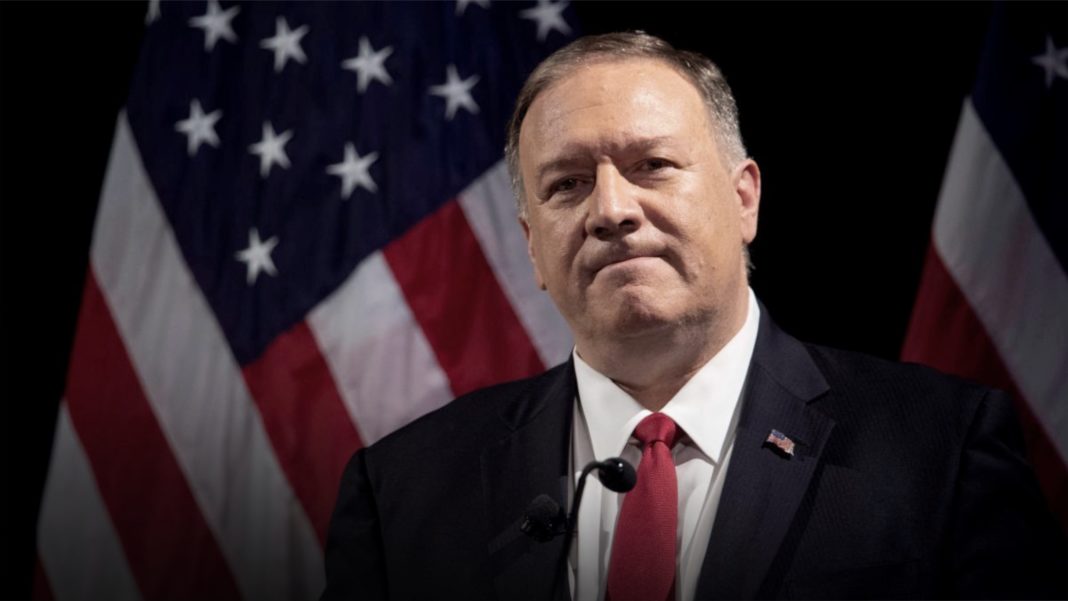 Calling their arguments “foolish”, US Secretary of State Mike Pompeo sent a harsh letter on Monday to 106 Democratic members of the House saying that while they are “free to fixate on settlements as a barrier to peace” they are simply wrong.

Pompeo sent the letter to Michigan Congressman Andy Levin who was behind the sending of a letter to Pompeo last month in which 106 members of the House denounced the Trump administration for softening its position on the legality of West Bank settlements. In it, he slammed the Obama administration’s position on Israel and the settlements, writing: “The Obama-Kerry departure from America’s historic support of Israel has done nothing to make peace more attainable.”

In the November letter, the House Democrats urged Pompeo to reverse “immediately” his decision.  The letter was signed by 12 committee chairs including veteran members such as Rep. John Lewis and Rep. Maxine Waters, alongside other high-profile representatives, such as Ilhan Omar, Rashida Tlaib and Alexandria Ocasio-Cortez.

Pompeo slammed the congressmen in his letter on Monday. He mentioned Levin’s arguments – first, that the announcement contradicts decades of bipartisan US policy, and second, that such an announcement “blatantly disregards Article 49 of the Fourth Geneva Convention.”

“While I appreciate your interest in this important issue, I could not disagree more with those two foolish positions,” Pompeo wrote in his answer to Levin, according to a copy obtained by The Jerusalem Post.

“That determination was made in a failed attempt to justify the Obama Administration’s betrayal of Israel in allowing UNSCR 2334 – whose foundation was the purported illegality of the settlements and which referred to them as ‘a flagrant violation of international law – to pass the Security Council on December 23, 2016,'” Pompeo’s letter reads.

According to Pompeo, Kerry’s determination did not enjoy bipartisan consensus. Rather, it received bipartisan condemnation, including from leading Democrats in both members of Congress.

“While you are free to fixate on settlements as a barrier to peace, you are simply wrong in referring to that view as being subject to bipartisan agreement,” the Secretary of State wrote. He went on to quote Senate Minority leader, Chuck Schumer, a leader of the Democratic Party, who said in a speech to AIPAC in 2018 said: “it is sure not the settlements that are the blockage to peace.”

Pompeo said that the Trump Administration was committed to advance a peace deal between Israelis and Palestinians.

“We approach the issue pragmatically and diplomatically,” he wrote. “But we eschew the erroneous positions of international law that have gained favor in the past decades…The State Departments’ recent determination that the establishment of Israeli civilian settlements in the West Bank is not per se illegal is an important step in the peace process, and we are confident that it creates the right platform for further progress.”

US Ambassador to Israel David Friedman said that he supports Pompeo’s letter.

“In his response to the 106 Congressmen, Secretary Pompeo lays to rest the criticism that the Administration’s determination with regard to Israeli settlements was contrary to law or inconsistent with bipartisan policy,” he said. “Indeed, the Administration’s decision, in reversing Secretary Kerry’s unfortunate statement in support of UNSCR 2334, restores the United States to its historic and appropriate role in mediating the conflict between Israelis and Palestinians.”