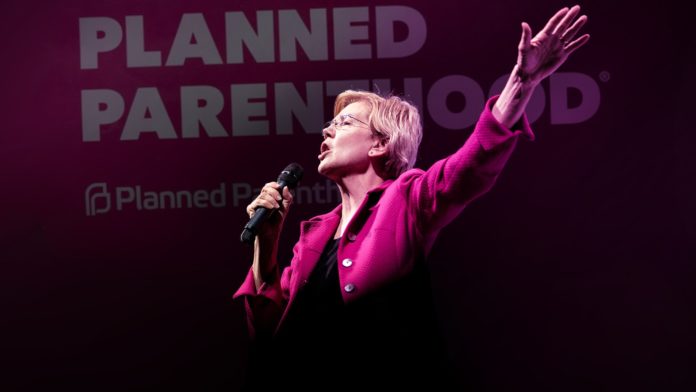 The funding campaign, dubbed “We Decide 2020,” puts spending at triple the amount the group paid out during the last presidential election and eight times more than it spent during the 2018 midterms.

“The Democratic candidates collectively have the boldest reproductive rights policies we’ve ever seen,” she said.

“Planned Parenthood Votes will use every tool at our disposal to hit the pavement, flood the airwaves and elect reproductive rights champions up and down the ballot,” said Kelley Robinson, executive director of Planned Parenthood Action Fund.

PPV’s announcement follows the release of Planned Parenthood’s annual report, which revealed that the organization performed 345,672 abortions in the 2018-19 fiscal year alone, a 4% increase from the year before. The report also showed that taxpayers gave Planned Parenthood $616.8 million during that same time period, amounting to nearly $1.7 million a day.

“It’s a sad day in our country when an organization can publicly announce their earnings from taking innocent human life,” Patrina Mosley, Family Research Council’s director of Life, Culture and Women’s Advocacy, said in a statement. “It’s inexplicable that a company as scandal-ridden as Planned Parenthood obtains nearly 40% of their total revenue from the American taxpayer.”

The pro-life group Susan B. Anthony List plans to partner with its super PAC, Women Speak Out PAC, to invest $52 million in the 2020 election cycle.

“The stakes of this election could not be higher,” said Mallory Quigley, national spokeswoman for Susan B. Anthony List and Women Speak Out PAC’s independent expenditure campaign, in a press release. “Democratic contenders for president are lining up to support abortion on demand, and even infanticide, and declaring war on even the most modest pro-life policies. … From now until Election Day, our team will go door to door visiting traditional Democrat voter groups who may simply be unaware of the Democrats’ support for extreme pro-abortion policies.”