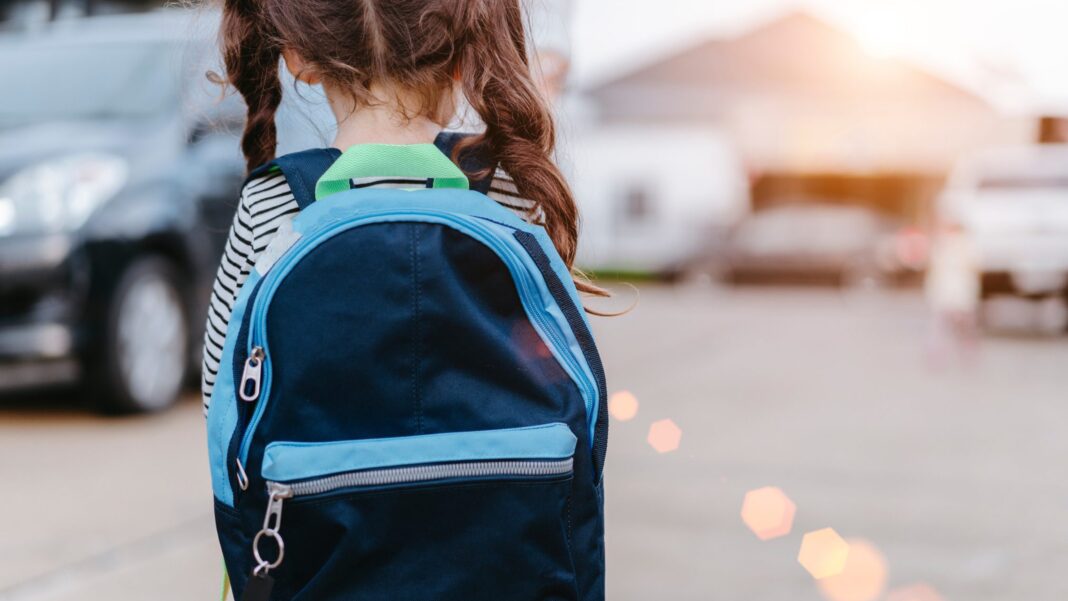 “I would have never dreamt a year ago that I would be caught up in something like this,” Jason Martinez shook his head. “This,” as Americans everywhere are finding out, is the conspiracy of top education officials to radicalize the country’s children — with the secret help of outside activists. And not, Martinez will tell you, just in places like Loudoun County and California.

Even in Nebraska, a deep red state with a Christian in the governor’s office, dads like Martinez have been floored to see the kind of influence groups like Planned Parenthood have on the curriculum process. Staying up until 3 and 4 a.m. these past few weeks, he’s read through stacks of disturbing emails — all of them detailing how much contempt the state’s school board has for parents and any reasonable standard of morality.

It all started earlier this spring, when moms and dads pitched a fit over the Nebraska Education Department’s sex ed proposal. Suddenly, inside the state’s education headquarters, the disgusted messages started flying. One after another, employees complained about the “crazy people” lining up against their LGBT agenda. When a grandmother wrote to the Nebraska Board of Education to complain about the provocative content, one employee fumed to a co-worker, calling it “a load of crap” and insisting, “It’s literally science and anatomy that she has a problem with!!!”

Other Nebraskans wrote in to oppose the pornographic nature of the sex ed curriculum. Dr. Sue Greenwald, a retired pediatrician, raised all kinds of red flags about the material, warning, “This is exactly the type of graphic material that a pedophile would use to groom a young child to be their next victim.” According to the agency’s first draft, the state’s new standards would have taught “gender identity in the first grade, transgender hormone therapy in the fifth grade, sexual orientation in the sixth grade, oral and anal sex in the seventh grade, and abortion in the eighth grade,” the Washington Free Beacon explained. Outraged, parents and other members of the community flocked to the Nebraska State Board of Education in July, demanding that the idea be scrapped. After Governor Pete Ricketts (R) joined them, the board relented, voting 5-1 to kill the plan in July.

But that wasn’t the end of the story. Through a Freedom of Information Act (FOIA) request, parents decided to smoke out who was responsible. Turns out, Martinez says, the board’s extremists had plenty of help. In May, after rumors spread that outside groups were involved, the agency released a statement insisting no one had helped them draft the new standards. Internal emails paint a much different picture. Not only did the Left’s special interests have a seat at the table, they made sure parents didn’t. In one of the more revealing discoveries, Martinez unearthed texts and other memos that showed Lisa Schulze, a former Planned Parenthood employee and a Friends of Planned Parenthood board member, personally connected the Nebraska Department of Education “with national activists to draft the state’s sex-education curriculum.”

In other words, Ricketts said when the emails came to light, “This was never about the parents — it was about the advocates.” Democrats have an agenda to sexualize children, he warned — and it’s not just happening on the east and west coasts. Even in Nebraska, where elected leaders are on the parents’ side, the education establishment is undermining the local community. “They are counting on us to be complacent,” dad Justin Thiel said. And yet he certainly wasn’t. He transferred his daughter to private school the day he read the agency’s standards.

Out in Loudoun County, where families are reeling from the district’s sexual abuse cover-up, the outcry is louder than ever. At a press conference late this week, Ian Prior’s Fight for Schools organization demanded superintendent Scott Ziegler’s resignation for passing a gender-neutral bathroom policy, despite the fact that two girls had been sexually assaulted by a boy pretending to be a girl. Ziegler claimed not to know about it, but the question now is: was that true — or was it just an act to keep from derailing the already controversial transgender policy?

“He also said [through the Loudoun County Public Schools’ statement] that the district was working with the sheriff’s investigation after May 28 [the date of the assault]. Well, if they were working with the sheriff’s office then clearly there were records and clearly the superintendent would have been aware of it. So for him to [deny any knowledge] was just flat out false.” The reality is, Prior said, “This school board is hyper-politicized.” And because of it, two girls’ lives will never be the same. He should be fired, Prior argued, and any school board member that was aware of the danger and voted for the policy anyway should resign.

In the meantime, parents in conservative states need to snap out of these false assurances that this can’t happen to them. If the Left can slip this extremism into a place like Nebraska, they can sneak it past anyone. Fortunately, there are moms and dads out there like Jason Martinez who are doing everything they can to expose this conspiracy between radicals and the education establishment — and stop it.

This has been a long-term project of the Left. It’s not going to be defeated overnight. But parents, take heart. There are so many moms and dads like you, who think families should be driving what’s taught in schools — not the other way around. So, take a page out of Justin Thiel’s playbook: “Stand up, make yourself heard. Go to board meetings, send emails, make phone calls, and fight for the future of this great country. It takes courage, but once you stand, you might find yourselves surrounded by 20,000 like-minded people.”

Earlier this month, the DOJ announced plans crack down on parents voicing their concerns about school curriculums and policies.

The move came shortly after the National School Boards Association called the Biden Administration to act on “malice, violence, and threats,” the NSBA alleged is coming from parents, which they claim should be regarded as “domestic terrorism.”

Franklin Graham, rebuked the idea of the government branding concerned parents as “domestic terrorists,” calling it a “tactic of intimidation” that is “meant to silence parents with views the Left doesn’t agree with.”

“It’s an ominous sign when the government uses its power to try and silence the voice of the people. That’s how communism works. Anyone who speaks against communism or the goals of communism becomes the enemy. And we’re seeing this happen right in our own country,” Graham warned. “The Biden Administration, which bows to the radical progressive left, would like to silence parents who voice strong opinions against critical race theory and trans radicalism at school board meetings.”

“This tactic of intimidation is meant to silence parents with views the Left doesn’t agree with,” he continued. “Asra Nomani, with Parents Defending Education, has been conducting research into how school boards are implementing ‘woken ideas in their curriculum, said, ‘I am what a domestic terrorist looks like? You owe parents an apology!’”

“We cannot let the government take over the parenting of our children,” Graham underscored. “School boards and schools should educate, not indoctrinate.”

“If anti-woke, anti-socialism, anti-communism citizens like us do not speak up, get involved, and take a stand to preserve what we have in this country, it will disappear right before our eyes—in just one generation,” he concluded.

Tony Perkins, President of the Family Research Council, in his article “We Have to Stop Pretending Public Schools Aren’t Bad,” urged, “As Christians, we can’t outsource something as important as our children’s education.”

Ken Ham, Founder and CEO of Answers In Genesis, in his recent article, “Who ‘Owns’ Children?” wrote:

Who “owns” the children—parents or the government? In our day and age, many involved in western government believe it’s the government that owns kids. Many believe they know what is best for children and think they should get to dictate what children learn—and parents are just in the way of accomplishing the state’s goals. And that shouldn’t surprise us because how you answer the question of “Who owns the children?” depends on your starting point and the worldview you build that’s based on that starting point.

If you reject God and his Word, then anything goes—there’s no absolute standard on which to base your thinking. In this view, children are just biological machines, the product of millions of years of evolution. They aren’t given to parents—they are just a “choice” parents made.