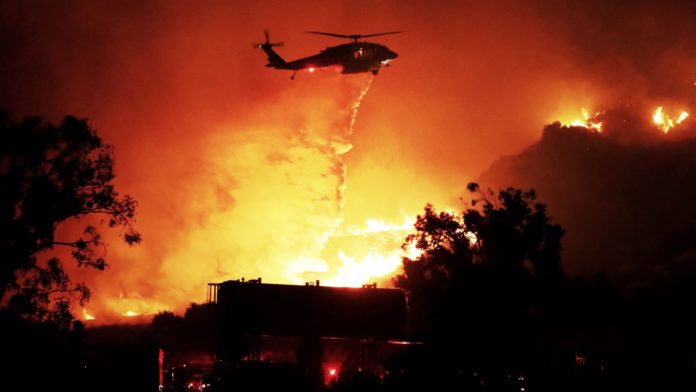 Roughly 100,000 people fled their homes in northern Los Angeles since Thursday when the Saddleridge Fire began. The cause of the fire is still unknown.

The LA Fire Department said on Friday that the flames are only 13% contained.
The flood of people evacuating caused three major freeways to close. 25 homes were destroyed and 13,000 San Fernando Valley residences are at risk, the office of CA Governor Gavin Newsom reported.

LA Police Chief Michel Moore said during a press conference rescue services are unable to guarantee members of the public will be found and rescued if they opt to stay in their homes. He asked people to leave if asked to do so.

Schools in the Santa Clarita area, the San Fernando Valley, LA Mission College and California State University Northridge closed on Friday. Roughly 40 schools in LA also chose not to hold classes due to poor air quality because of the fire.