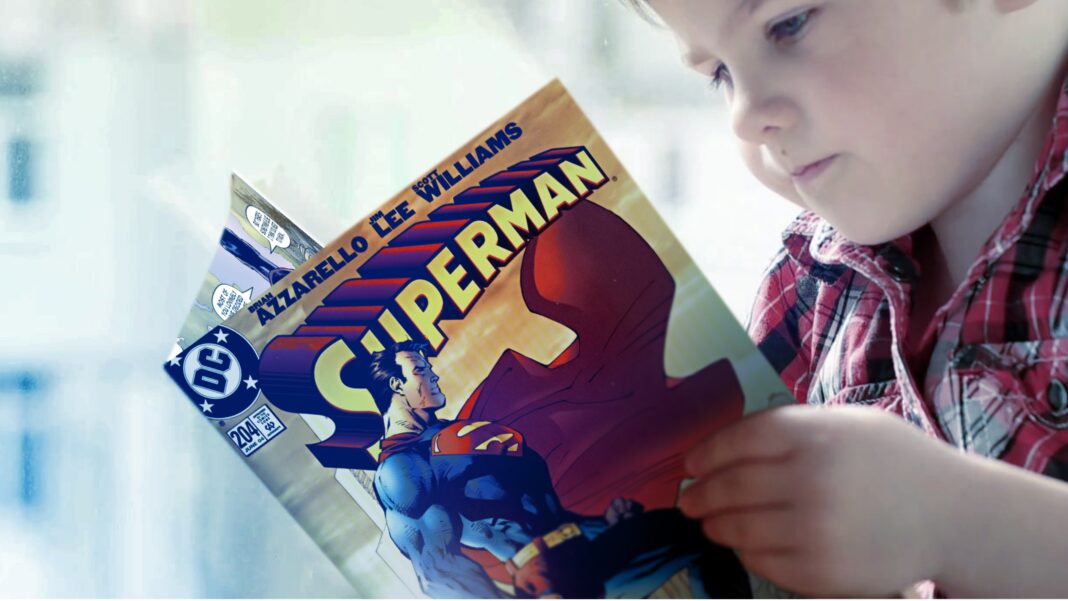 The ongoing comic series by writer Tom Taylor and artist John Timms launched in July and follows Jon as he takes up the mantle from his father and becomes Earth’s new Man of Steel.

In this fifth issue of the series, according to DC Comics, “just like his father before him, Jon Kent has fallen for a reporter.”

Until this year, every comic iteration of Superman has showcased the love between Clark Kent and Lois Lane, a reporter for the Daily Planet. But in the new series, Jon will become romantically involved with a male reporter, Jay Nakamura, after initially striking up a friendship with him.

Their newly found feelings are presented “following a scene where Superman mentally and physically burns out from trying to save everyone that he can, [and] Jay is there to care for the Man of Steel.” And a kiss between the two young males seals the deal.

“The idea of replacing Clark Kent with another straight white savior felt like a missed opportunity,” Taylor said in an interview reported by The New York Times. He added that a “new Superman had to have new fights—real world problems—that he could stand up to as one of the most powerful people in the world.”

“Believe it or not, this really is big news. And it tells us a lot about the transformation of our society and how that transformation will leave nothing, utterly, nothing unchanged. … Everything now has to be reconceptualized and redepicted in lines with the new moral code, the new moral urgency, the LGBTQ revolution, and frankly, all that goes with it.”

Responding to the change to make Superman “bisexual,” Ken ham stated via social media that this is further evidence of secularists imposing “their anti-Christian worldview on the culture”:

Just another example of secularists trying to impose their anti-Christian worldview on the culture. The comic writer is reported as stating, “The idea of replacing Clark Kent with another straight white savior felt like a missed opportunity.”
A reminder to Christians: “that you may be blameless and innocent, children of God without blemish in the midst of a crooked and twisted generation, among whom you shine as lights in the world” (Philippians 2:15).
Facebook
Twitter
Telegram
Pinterest
Email
Print