This week’s widespread media blitz heralding Netflix’s broadcast of its first Obama-endorsed presentation, “American Factory,” was more than synchronicity. It felt as though US publicists and journalists collectively exhaled their relief at finally regaining the bully pulpit.

Reviews of “American Factory,” a doc by indie veterans Julia Reichert and Steven Bognar, were not reliable accounts of the film’s quality. Its lack of focus following a Chinese manufacturer’s takeover of a former General Motors plant in Ohio — a move that fails to relieve working-class anxieties but, instead, predicts job-market doom — didn’t faze flacks and reviewers. The media class saw Reichert and Bognar’s facile, generalized survey as a chance to take on President Trump’s trade policy; many jettisoned film critique to try their hand at economic and moral analysis instead.

Those in power have usurped the old bromide “speaking truth to power.” They now speak rhetoric to the masses.

This deliberate misinterpretation of “American Factory” was, in fact, amplification of the political design that, no doubt, was always part of Netflix’s game plan when it signed Barack and Michelle Obama jointly to an impresario contract. (The monetary figure remains undisclosed, but the timing of Netflix’s offer corresponded with the Obamas’ well-publicized $65 million publishing agreements, proof of the media industry’s enthusiastic support of the former White House occupants in their role as cultural influencers.)

The Netflix-Obama nexus is stranger and more significant than “American Factory” itself. Calling their curator unit “Higher Ground,” Netflix and the Obamas remind us of Michelle’s fraudulent 2016 campaign boast “When they go lower, we go higher.” What could be lower than an ex-president and his mate perpetuating a counteroffensive to the successive administration? Could Juan and Evita Perón, Nicolae and Elena Ceausescu have matched the divisiveness — or such wealth and potency — implicit in that lofty moniker? The Hollywood-Obama collusion was first apparent when Michelle made an Oscar telecast speech in 2013.

Articles about “American Factory” breathlessly quoted bombast from a Higher Ground PR video featuring the Obamas and the filmmakers. Michelle says, “You let people tell their own story. ‘American Factory’ doesn’t come in with a perspective; it’s not an editorial.” This is actually the opposite of how the film works, so her comment is either disingenuous, or ignorance disguised as praise.

Obama’s own orotundity was smoother:

“Let’s see if we can all elevate a little bit outside of our immediate self-interest and our immediate fears and our immediate anxieties and kind of take a look around and say huh, we’re part of this larger thing. And if we can do that through some storytelling, then it helps all of us feel some sort of solidarity with each other.”

Cunningly pairing the words “self” and “solidarity” is union-leader talk.

This rhetorical styling is a perfect example of the elite prevarication that the media spent eight years praising as “presidential.” Now it’s back as part of Netflix’s hard sell, transforming film culture into television-streaming culture — flattering its 175 million subscribers’ sense of advancement — all the while hewing to liberal-progressive sentiment.

“The best propaganda is that which, as it were, works invisibly, penetrates the whole of life without the public having any knowledge of the propagandistic initiative,” a famous historical figure once explained. And the Obama imprimatur — like those reading lists and favorite streaming-music lists that the press likes to cite as celebrity news — works similarly. Upcoming films (dubious “storytelling”) from Higher Ground amount to a cultural manifesto. Hollywood partisanship is peddled as what used to be called social consciousness.

But it is not film consciousness. “American Factory” confirms that the doc genre has long been a leftist fortress, or commune, even before Michael Moore trashed the genre’s journalistic integrity and objectivity with “Roger and Me” (1989) and “Fahrenheit 911” (2004).

Film reviewers forget that the subject of workers’ rights vs. the means of production was handled with wit, depth and relevance in Ron Howard’s best film “Gung Ho” (1986), which gave genuine insight into American working-class customs. “American Factory,” by contrast, evaluates Yankee fecklessness from a globalist perspective.

“American Factory” reveals another angle of the mainstream media’s political slant since 2016. The media have been anxiously awaiting a message from the Mount Kalorama compound, the Obamas’ exclusive and wealthy enclave. None dare call it what it is, but Netflix’s Higher Ground mindhive looks like the new Ministry of Propaganda. 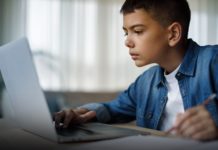