Netanyahu praises Trump as US announces sanctions hike on Iran 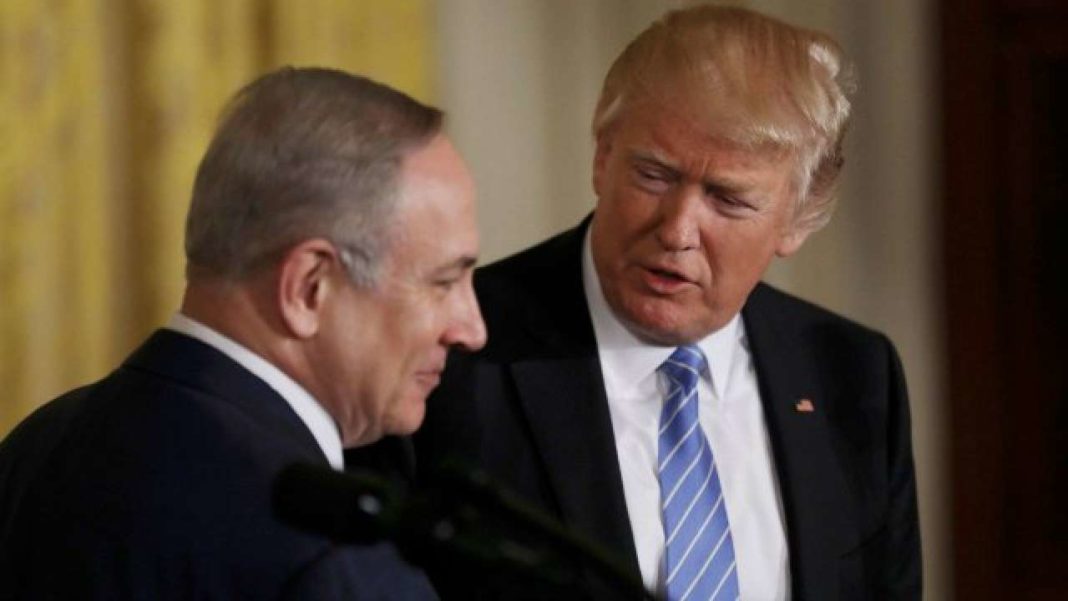 “Iran’s aggression has increased of late, including in the Gulf and this is precisely the time to increase pressure and sanctions. I am pleased President Trump has done exactly this,” Netanyahu said in a video statement.

The premier has been a proponent of Trump’s “maximum pressure” campaign on Iran following his pullout last year from the international accord meant to curb its nuclear program.

The praise for the US president came as Netanyahu canceled his upcoming trip to the UN General Assembly later this month, where he was planning to meet Trump to discuss a mutual defense treaty, over his political woes at home.

Netanyahu was a leading critic of the 2015 nuclear agreement and has also been a vocal opponent of Iran for its backing of regional terror groups and missile program.

Trump announced by tweet that he had instructed US Treasury Secretary Steven Mnuchin to “substantially increase” sanctions on Iran, but did not give further details.

The United States already enforces widespread sanctions that have crippled Iran’s economy, including attempting to shut down its major oil export industry.

His announcement of new sanctions to Iran marked the first response to what US officials say was likely Iranian involvement in an attack on Saudi oil facilities.

Trump has yet to put categorical blame on Iran for last weekend’s bombardment by drones or missiles of Saudi oil facilities. However, a US official has confirmed to AFP that the administration believes Iran is responsible.

Houthi insurgents in Yemen, who have Iranian backing and are fighting Saudi-backed forces, say they sent drones to bomb the Saudi facilities. Iran denies carrying out the attack.

Saudi Arabia said Wednesday that the strikes on its oil infrastructure came from the “north” and were “unquestionably” sponsored by Iran, but that the kingdom was still investigating where exactly they were launched from.

“The attack was launched from the north and unquestionably sponsored by Iran,” defense ministry spokesman Turki al-Maliki told a press conference. “We are working to know the exact launch point.”

However, he would not be drawn on whether Saudi Arabia believed Iran would ultimately be found to be the culprit, only saying they were confident they would find where the weapons were fired from.

Maliki displayed pieces of what he said were cruise missiles and drones used in the strike, recovered from the site of Saturday’s attack in the country’s east.

He reiterated Riyadh’s position that the Iran-backed Houthi rebels in neighboring Yemen, where a Saudi-led coalition is mired in a five-year conflict, were not responsible for the assault despite claiming it.

“Despite Iran’s efforts to make it appear so” they did not originate from Yemen, he said, adding the strike was beyond the capabilities of the militia — who have however mounted dozens of smaller attacks on Saudi territory.