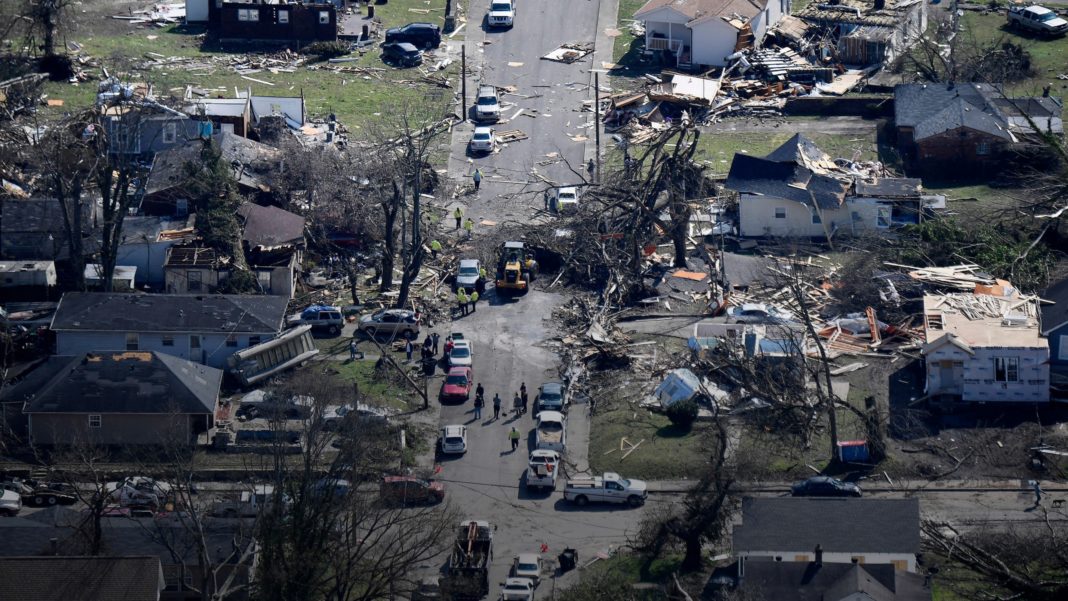 A powerful storm system produced at least two tornadoes that struck central Tennessee early on Tuesday morning, including one that caused significant damage near downtown Nashville and killed at least 25 people as crews spent hours pulling survivors and bodies from wrecked buildings.

The tornado near downtown Nashville lit up the night sky with flashes of light as transformers blew and the storm reportedly stayed on the ground into Hermitage, about 10 miles east of the city.

“They need your prayers in Nashville, Tennessee,” Fox News Senior Meteorologist Janice Dean said on “Fox & Friends.” “This was an overnight, rain-wrapped tornado while people were sleeping and now they are waking up to extreme destruction, devastation and deaths in the Nashville area.”

The Tennessee Emergency Management Agency said in a news release that at least 22 people were killed in the storms. In an earlier press briefing, Tennessee Gov. Bill Lee told reporters the deaths were centered in four different counties and there are a “number of people that are missing” in addition to “many” that are injured and being transported to area hospitals.

“We have had loss of life all across the state,” Lee said, adding “It’s a very difficult situation.”

The Metro Nashville Police Department said at least two people were killed in East Nashville, while a TEMA official told Fox News that 16 people died in Putnam County. There were three reported deaths in Wilson County, two in Davidson County which includes that area of East Nashville, and one in Benton County, according to TEMA.

Metro Nashville police officers and fire crews were responding to about 48 building collapses around the city as neighborhoods were littered with blown-down walls and roofs, snapped power lines and huge broken trees. Search and rescue crews were fanning through neighborhoods searching for any injured people inside collapsed structures.