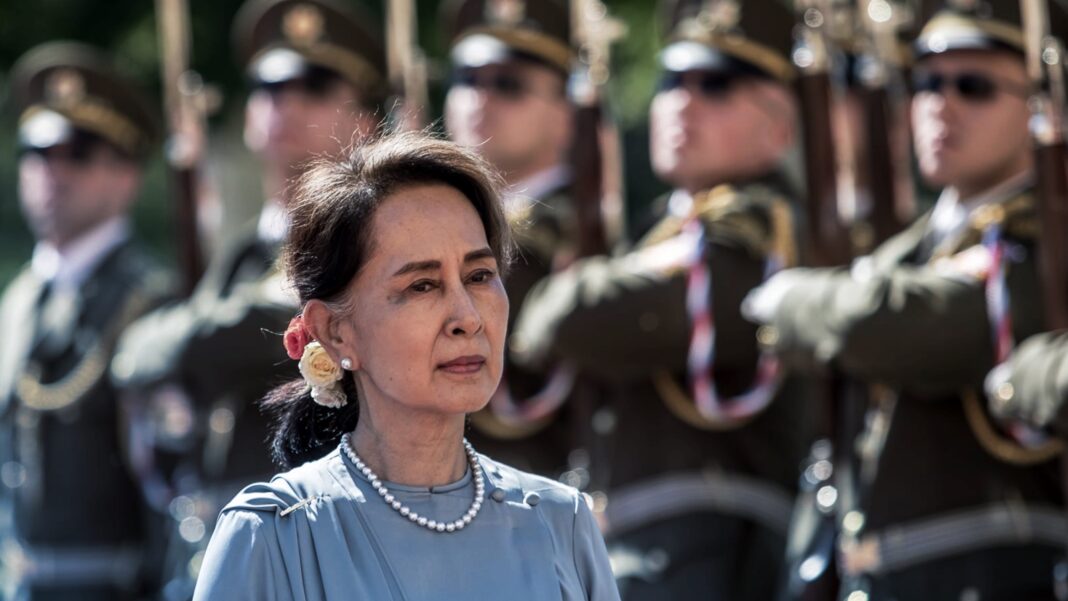 It appears a military coup is underway in the Southeast Asian country of Myanmar (formerly Burma), where a state of confusion has descended on the population with soldiers now patrolling major city streets, and given state TV has also been taken off the air, according to Reuters.

The national army says a recent major vote won by the National League for Democracy (NLD) party was “fraudulent,” as a breaking BBC report details:

Aung San Suu Kyi, leader of Myanmar’s governing National League for Democracy (NLD) party, has been arrested, the spokesman for the party said. It comes amid tensions between the civilian government and the military, stoking fears of a coup.

The NLD won enough seats in parliament to form a government in November, but the army says the vote was fraudulent.

The army has called on the government to postpone convening parliament, which was due to take place on Monday.

Reuters is saying the coup was sparked by an overnight raid:

Spokesman Myo Nyunt told Reuters by phone that Suu Kyi, President Win Myint and other leaders had been “taken” in the early hours of the morning.

“I want to tell our people not to respond rashly and I want them to act according to the law,” he said, adding he also expected to be detained.

And Reuters further suggests a state of chaos in the capital given “phone lines to Naypyitaw, the capital, were not reachable in the early hours of Monday,” and with the military initially refusing to speak to international press.

International reports are also saying that the internet has been cut in the capital of Naypyitaw, further with soldiers having taken over the streets.

The situation is incredibly tense not only as a near total information blackout is underway, but also also as supporters of the NLD could hit back at the army with sporadic violence or organized militia activity, potentially sliding the country into civil war.

Jesus’s response is a detailed description of the condition of the world and what it will look like in the last days. Wars and rumours of wars, nation rising against nation, famines, pestilences, earthquakes, these being the beginning of sorrows. He depicts persecution and abounding lawlessness produced from the love of many waxing cold.