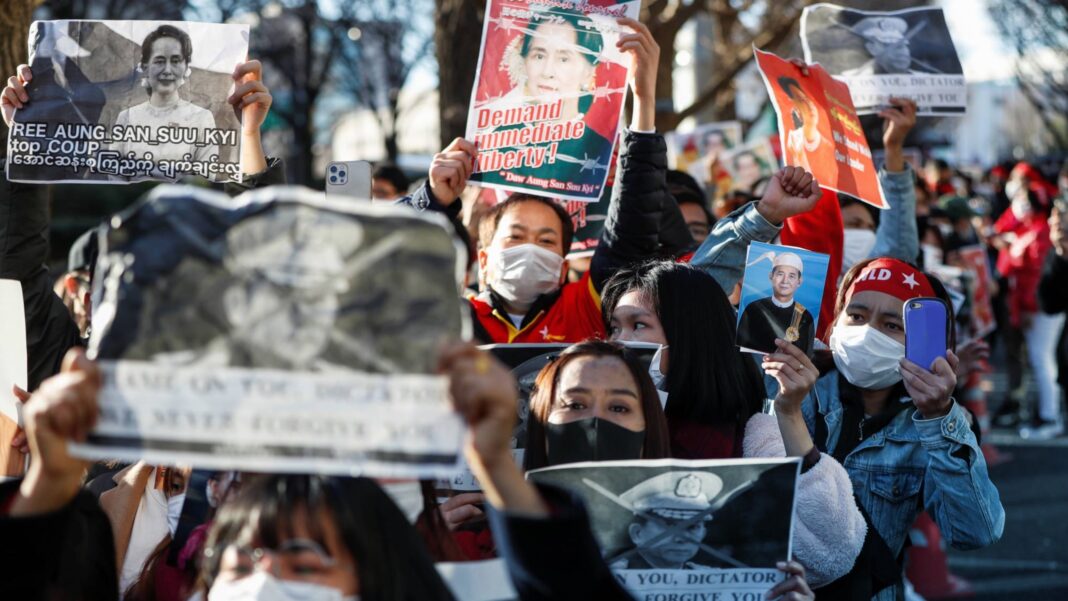 Christians in Myanmar are asking the Body of Christ to pray in the wake of a Feb. 1 coup in which the military seized power and detained a number of civilian officials, including elected leader Aung San Suu Kyi.

The coup, which reversed a decade of democratic reforms, has been condemned by the United States, the United Nations and a number of governments worldwide.

“Given the history of brutal atrocities by the Burmese military, our fear is that violence could quickly escalate, especially towards religious and ethnic communities,” said Anurima Bhargava, vice chair of the United States Commission on International Religious Freedom (USCIRF). “We urge the Burmese military to honor the faith and will of the Burmese people and restore democratic civilian rule as soon as possible.”

A statement by USCIRF added that the military has been accused of targeting Rohingya Muslims in Rakhine state with “killings; mass rape and other sexual violence; disappearances; forced starvation; arbitrary detentions and arrests; looting, burning, and property confiscations; and hate speech.” More than a million Rohingya have been forced out of their homes since 2017. In its 2020 Annual Report, USCIRF recommended that the State Department designate Burma as a “Country of Particular Concern” for engaging in systematic, ongoing and egregious violations of religious freedom.

Christians have also suffered persecution in the predominantly Buddhist nation, and the coup has brought back memories of the brutal military junta that ruled the nation from 1962 to 2011, according to a report by Open Doors. The Open Doors 2021 World Watch List ranks Myanmar as the world’s 18th most dangerous nation for Christians.

“It feels like our hope has been taken away,” Pastor Zay from Rakhine State told Open Doors. A local Open Doors partner added, “We are expecting restrictions upon the church to happen once again, though we are unsure of the extent and the form it will take as of yet.”

Joe Handley, president of Asian Access, told Mission Network News: “The national church in Myanmar is declaring this the ‘Days of Queen Esther’s prayer.’ The church of Myanmar is wanting to rise up, not in terms of a political stance, but in terms of an Esther-like moment.” He explained that the churches hope to speak truth into the political situation while providing comfort for anxious citizens.

Franklin Graham has ministered in Myanmar for years. Samaritan’s Purse has provided relief after floods; educated people against the dangers of human trafficking; provided training for midwives in rural villages, built latrines and taught proper hygiene.

And in November 2016, BGEA partnered with hundreds of churches to hold the Yangon Love Joy Peace Festival with Franklin Graham, which over three days drew more than 170,000 people to hear the Gospel, with more than 7,600 indicating decisions for Jesus Christ.