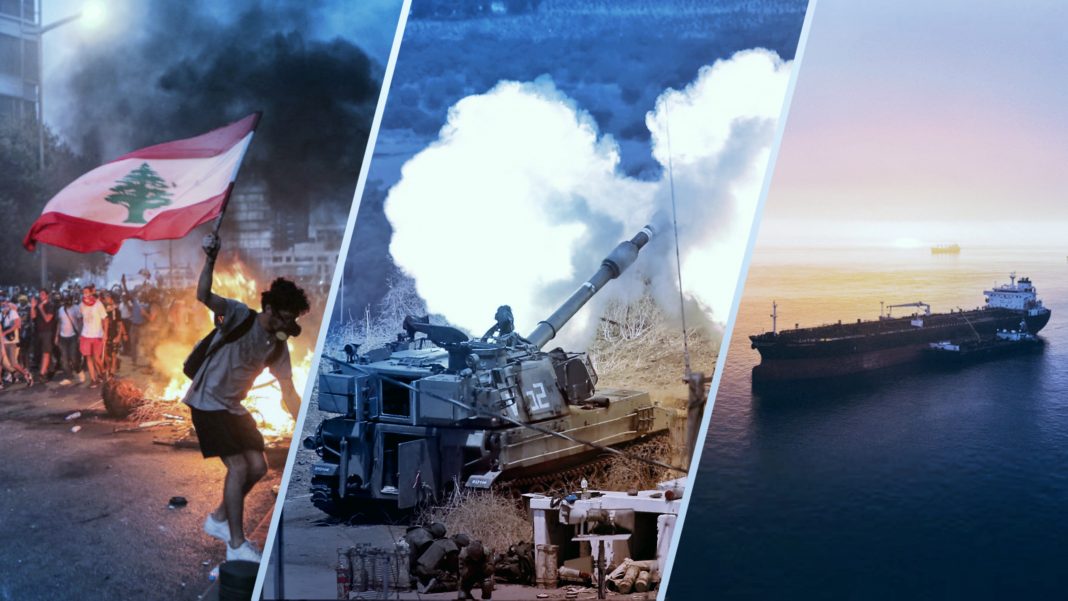 An uneasy quiet continues in Tunisia less than 10 days following a bloodless coup that removed from his position Prime Minister Hichem Mechichi, who also happened to be the last of the Middle East’s Muslim Brotherhood leaders still in power. However, despite the fact that seeing Mechichi go is not a bad thing, the constitutionality of the actions made by President Kais Saied are questionable. Add to that the fact that the military was involved in the process, and you are left with a population that is on edge wondering what will happen next. Many are not staying to find out, as evidenced by the thousands of Tunisian migrants who are fleeing to Lampedusa, an Italian island south of Sicily.

Tuesday saw the first day in office of new Iranian President Ebrahim Raisi. Unfortunately for this former judge, who in a 1988 political purge earned the nickname “The Butcher of Tehran” for allegedly ordering pregnant women to be tortured and prisoners to be thrown off of cliffs, the nation whose reins he took could not be said to have been having its best week ever.

First, last Thursday, an at-sea attack occurred on an oil tanker that is flagged in Liberia, but owned by a Japanese company and operated by London-based Zodiac Maritime which is part of the Zodiac Group owned by Israeli billionaire Eyal Ofer. Not surprisingly, it wasn’t the Liberian, Japanese, or UK connection that led to the strike by an Iranian Shahed-136 armed suicide drone that killed the ship’s Romanian captain and a British security officer. The tanker – Mercer Street – was targeted by Iran in response, according to an official Iranian news channel, to the Israeli Air Force’s attack on the al-Sabaa field in the Al-Qassir area in Syria the week prior. Condemnation of Iran immediately sounded from many sides, even leading to a reproving statement by NATO. Iran’s air defenses are now on high alert waiting for the expected response.

This attack came one day after classified documents were leaked from Iran showing their intent to blow up ships using cyberattacks. In the five documents, plans were described by the Islamic Revolutionary Guard Corps (IRGC) to electronically manipulate both fuel stations so that they would explode and ships so that their balance would be disrupted causing them to lose the ability to self-right.

All the while, many Iranians have little water and food. Electricity is spotty at best. However, more and more citizens are seeing that despite their suffering, there is plenty of money for the regime to spend on weapons, terrorist militias, and future attacks. As a result, protests continue to grow.

Finally, on Tuesday, the Asphalt Princess – a tanker carrying bitumen, the substance used for paving roads – was hijacked by gunmen in the Gulf of Oman, east of Fujairah, UAE. If you want to see my special Breaking News video on the event, you can click here. According to a British report, IRGC soldiers stormed the ship and ordered the tanker to go to Iran. However, the crew stopped the engines, so that the ship couldn’t move. When U.S. and Omani warships drew near, the IRGC soldiers fled. Not surprisingly, Iran has denied all knowledge of the attempt. So, President Raisi, after that week, how does it feel to be the captain now?

Fighting continues throughout Syria. Particularly heavy activity is taking place near the border with Jordan. North of the city of Daraa, rebels blew up the headquarters of the Syrian Air Force’s intelligence. The current tide is not going the direction of the Assad regime, and government soldiers in many places are crossing lines to fight with the rebels.

In Iraq news, President Joe Biden met with Iraqi Prime Minister Mustafa al-Kadhimi on Monday, July 26. In that meeting, he informed Iraq and the world that the U.S. would end its combat role in the country by the end of 2021. However, a U.S. presence would remain in an advisory role. This is a step backward from the promise that had previously been given that no more American troops would remain. This has caused political upheaval in the nation, and some believe that it could eventually lead to the fall of the government.

Lebanon continues in collapse. A government is currently being formed with Hezbollah-backed, billionaire Najib Mikati as its prime minister. Acting as its puppet, he would just entrench the terrorist organization even deeper into the Lebanese infrastructure. People are getting more and more fed up with the hyperinflation and lack of basic necessities, and the protests continue to grow. These people are smart and they understand who is behind the terrorist organization that is causing their country’s ruin. This is why many are carrying banners and wearing t-shirts emblazoned with the words “Iran Out”.

Yesterday marked one year since the massive explosion in Beirut that killed hundreds of people and caused billions of dollars worth of damage. Just days before this first anniversary, reports from an FBI investigation claim that the amount of ammonium nitrate that exploded was only about one-fifth of the 2,754 tons that were initially unloaded at the port. Imagine what would have happened if the other four-fifths had also blown up. Since delivery, the rest of the ammonium nitrate has been moved and is being stored who knows where? Could it be that it is still in Damascus? If so, it would not be difficult to picture the fulfillment of the prophecy in Isaiah 17:1 that says that Damascus will become a heap of ruins.

If Mikati does become prime minister in Lebanon, we can likely expect more of what took place yesterday. Three rockets were fired toward the Lebanese border with Israel. One fell inside Lebanon, but two hit near the town of Kiryat Shmona causing large fires in open space that continued well into the night. The IDF initially responded by lobbing over a hundred shells into Lebanon aimed at eradicating the perpetrators, who are likely Palestinian militants who were acting outside of the umbrella of Hezbollah. However, later the Israeli Air Force led a massive strike in southern Lebanon. So far, Hezbollah has been silent on the attack. The question is whether they will jump into the fray with their arsenal of over 100,000 rockets. Will this lead to a new Israel-Lebanon War? We’ll have to watch to see what happens. Please watch my Breaking News Update for more information.