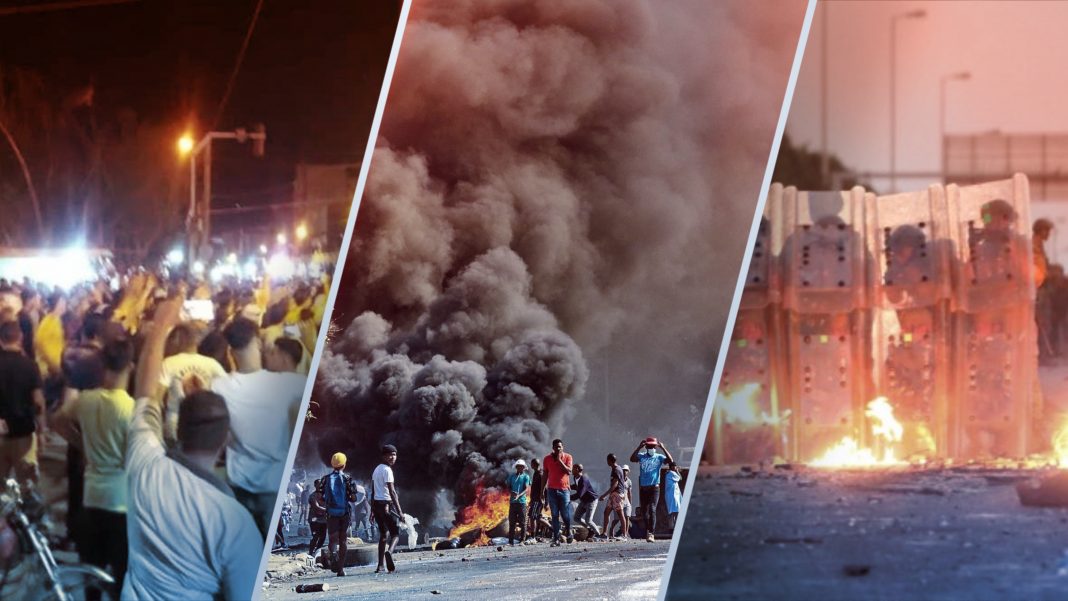 Normally, this section is confined to events of the Middle East, but I am making an exception today. Gauteng and KwaZulu-Natal provinces in South Africa are going up in smoke. Following the arrest of former president Jacob Zuma, people have taken to the streets. Looting and violence are rampant, leaving countless structures burned and over 70 people dead. A 32.6% unemployment rate and a population of which over half live below the poverty line are adding fuel to the ethnic and socio-economic direction that the unrest has taken. Please pray for South Africa. We have many friends of Behold Israel that live in that beautiful country. Ask for God’s protection and a return to peace for the nation.

Unrest also continues in the Middle East. The Lebanese currency is now up over 19,000 lira to the dollar. The misery has only increased this last week as the water supply has been severely diminished due to power outages. This interruption has also occurred in Iran for the same reason. Power outages damage water pumps, which in turn leads to the collapse of the water infrastructure.

Many in Iran are fed up with the incompetence of their governmental leadership. Protests continue to break out all over the country. This is something that the religious regime will not countenance, often using violence to stop the demonstrators. Their efforts to silence dissent reached a new height Tuesday when four Iranian intelligence officers were charged with trying to kidnap ex-patriot author and journalist Masih Alinejad by stealing her away from her home in New York. Their goal was to get her to Venezuela and finally to Iran where she could be forced to recant her opposition.

Iranian transportation infrastructure has been the target of numerous cyberattacks over the past week. It started on Friday with the computers of the national train company, then moved to the Ministry of Transportation the next day. Finally, on Monday the Iranian National Road Infrastructure Company was hit.

Rockets continue to be fired at U.S. bases in eastern Syria. The U.S. forces in the Conoco gas field took indirect fire on Saturday night. The next day, U.S. forces at the al-Omar oil field were the targets of a rocket attack.

Sparks from faulty wiring at an Iraqi COVID hospital spread to an oxygen tank causing it to explode. The resulting fire has taken 92 lives with more than 100 injured. Iraq’s hospital system is notoriously corrupt and poorly run, and 13 arrest warrants have been issued surrounding this tragedy. In April, another hospital fire killed more than 80 Iraqis.

The concern of civil war in Afghanistan continues to grow. The Taliban is extending their power. They now control the borders with Pakistan, Iran, Uzbekistan, and Tajikistan. Many of those who are not staying to fight are fleeing their homes out of fear for what life will be like under Taliban rule.

In Abraham Accord news, the United Arab Emirates (UAE) has opened their embassy in the Tel Aviv Stock Exchange building. The location seems to be a huge hint to the nature of the relationship between the two countries. Billions of dollars are being invested by the wealthy moderate Arabs in Israeli innovation. That is exactly why they will protest the invasion described in Ezekiel 38.