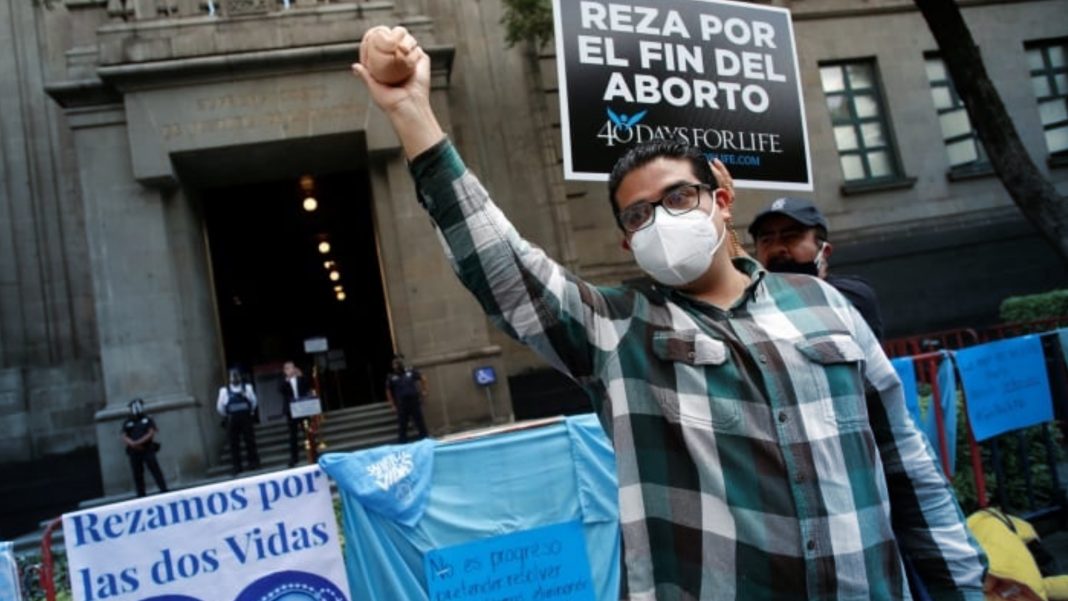 The ruling stems from a law in Coahuila, a northern Mexican state bordering Texas, that considered abortion a criminal act, with a three-year prison sentence attached for women who underwent illegal abortions and the abortionists who performed them. Of the court’s 11 Supreme Court judges, 10 ruled that penalizing abortion is unconstitutional. The 11th judge was absent during the vote.

While the ruling applied to Coahuila state, under Mexican law, a Supreme Court ruling supported by at least eight justices supersedes state laws. Therefore, the Sept. 7 vote established a mandatory criteria for all judges in the country, compelling them to act the same way in similar cases.

“This will not only have an impact in Mexico; it will set the agenda for the entire Latin American region,” Melissa Ayala, coordinator of litigation for the Mexican feminist organization GIRE, told the Washington Post.

And that’s exactly what pro-life advocates are afraid of.

Pro-life groups had been demonstrating and praying outside of the Supreme Court the day of the ruling, but hopes were dashed once the decision was announced.

“On this day, the Supreme Court of Justice of Mexico carried out the greatest injustice, the supreme injustice, which is to take away the protection of the law from children before they are born,” said Marcial Padilla, director of the pro-life platform ConParticipación.

The National Front for the Family also expressed its disappointment in the court’s ruling, saying in a Sept. 7 statement that “today Mexico is dressed in mourning.”

Mexico follows Argentina, where lawmakers voted in December to decriminalize abortion during the first 14 weeks of pregnancy.