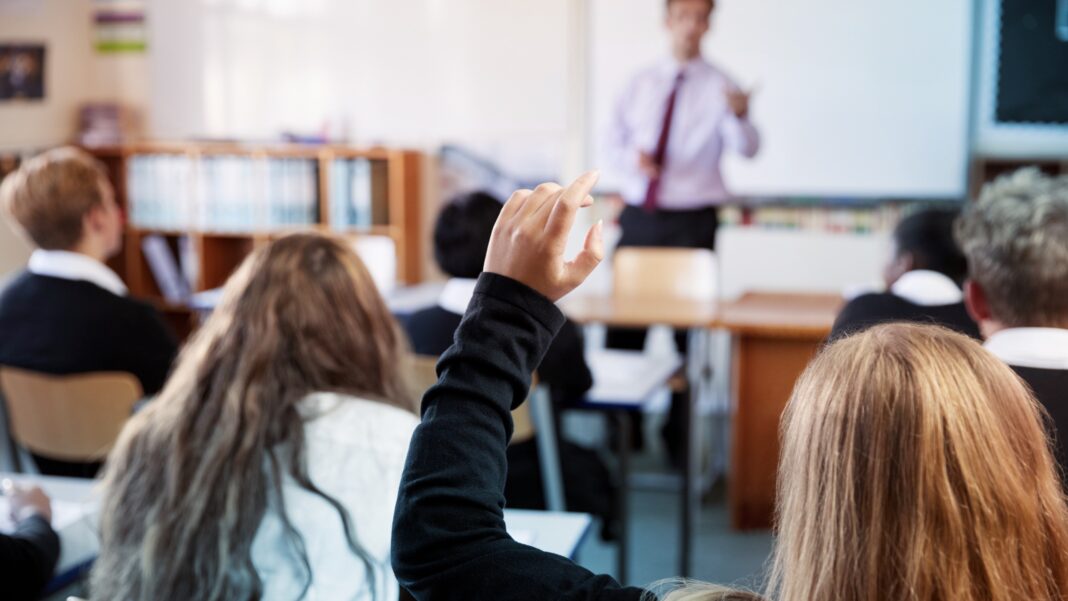 The Los Angeles Teacher’s Union (UTLA) will vote in its September “House of Representatives,” meeting on a resolution calling upon the US government to stop all aid to Israel and endorse the Boycott, Divestment, and Sanctions (BDS) campaign against Israel.

“UTLA express our solidarity with the Palestinian people and call for Israel to end bombardment of Gaza and stop displacement at Sheikh Jarrah,” the resolution read.

UTLA is the second largest teachers’ union in the US, consisting of eight areas, three of which voted to put forth the resolution to its 250-member House of Representatives decision-making body.

“We mourn the loss of every innocent child that has been caught in the middle of this conflict. We deplore the destruction of schools on both sides and the need to convert places of learning into emergency shelters to house displaced people,” the Union wrote in its Middle East statement justifying its concern following the flare up in violence during the 11-day Gaza-Israel fighting.

“Since 2005 over 170 Palestinian organizations of civil society including educator unions have—modeled on the movement to end South African apartheid—asked the international community to join the campaign to boycott, divest, and call for sanctions against Israel,” UTLA added.

UTLA said it has a “special responsibility to stand in solidarity with the Palestinian people,” since 3.8 billion tax dollars go to Israel annually, “thus directly using our tax dollars to fund apartheid and war crimes.”

The Anti-Defamation League (ADL) responded to UTLA in a letter expressing its concern regarding the resolution and its “extremely one-sided view of the conflict between Israel and Hamas,” which it said could isolate Jewish and Israel supporters among its students or staff, as well as have an affect on school campuses.

ADL pointed out that due to the global and US rise in antisemitic attacks this past month in the wake of the Israeli-Palestinian conflict, it “would hope that the leaders and membership of a body tasked with educating all children in our public school community would not take such a potentially divisive stance.”

The Jewish Federation of Los Angeles also denounced UTLA’s actions, posting on twitter that ““It is inappropriate and unacceptable for UTLA to promote a one-sided position on a complex geopolitical issue that is far removed from the day to day public education in our schools, among our teachers, our students and their families.”

The federation warned that such a resolution would alienate members and Jewish students in Los Angeles schools and make them feel unsafe.

“Now more than ever, it is wrong for any part of UTLA to take a stance on an issue that will cause personal harm, foster hate, and alienate so many people,” the federation tweeted.

It thanked the teachers who opposed the motion.

“We have schools across America already teaching racism through critical race theory, and now we have them teaching anti-Semitism in America,” Boothe said.

“Over the past year, there’s never been a better case for school choice in America,” she continued. “Thank God we have parents getting organized now that the curtain is being called back on some of the terrible things kids across America are being taught.”

Terry James, in his new article, “Acceleration toward Tribulation,” explained that the rise of antisemitism across the globe should demonstrate to us how fast approaching the “Time Of Jacobs Trouble” really is:

Just as everything seemed headed in the direction opposite of what Bible prophecy predicts—Israel beginning to benefit from the Trump administration’s support—things have again reversed course. Hamas and all of the Israel-hating neighbors in that region are again on the attack. Most all nations are again turning their hate-filled glares toward the Jewish state.

Deals are being made again to restore the billions of dollars to Iran and other anti-Israel diabolists that were taken from them by the Trump government. The sanctions and other restrictions that were just a year or two ago inhibiting Israel’s enemies from building arsenals and coalitions against the Middle East’s lone democracy now are being taken down.

This reversal must, I think, mean that the Lord has taken His hand of restraint somewhat off the entire matter. America, under the new administration, looks to be genuinely beginning to curse Israel, in directly opposite manner to blessing that nation when Mr. Trump was in charge.

With that increasing curse has slithered from the darkest abyss the devilish, venomous serpent called anti-Semitism. Just in the past several weeks, a growing, gestating process of hatred of the Jewish race has grown into near 1939 levels in some parts of the world—including parts of the United States of America.

I believe so. I believe the hatred for the house of Israel has been gestating within the incubator of barely-contained satanic rage. I believe the restraining hand of the Holy Spirit is being lifted to a degree, letting the spiritually attuned see that end-times anti-Semitism as it begins to crawl from that abyss-incubator.

The profound uptick in anti-Semitism, in my view, indicates that there is a speeding up in the rage toward the Tribulation era. That should inspire us as believers in Jesus Christ to expect at any moment His shout, “Come up here!” (Revelation 4:1).