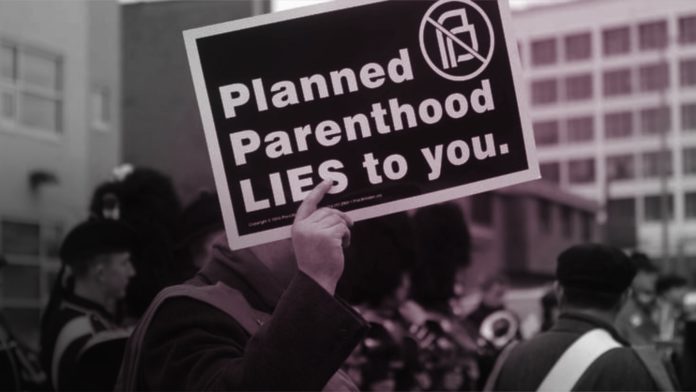 Attorneys for the pro-life undercover journalists who exposed the illegal sales of aborted baby body parts allegedly conducted by Planned Parenthood made their closing arguments Wednesday to the jury in the civil case brought against them by the abortion chain.

The trial has been proceeding in U.S. District Court for the Northern District of California in San Francisco, with Judge William Orrick III presiding.

As a result of the video series produced by Center for Medical Progress (CMP), Planned Parenthood brought a lawsuit against pro-life activists David Daleiden, Sandra Merritt and their colleagues, accusing them of violating the Federal Racketeer Influenced Corrupt Organizations Act (RICO).

Planned Parenthood initially sought over $20 million in damages from CMP in the case, but those damages have since been reduced to several hundred thousands of dollars, in addition to legal and attorney fees, which could yet run into millions of dollars.

Breen added it was the Planned Parenthood officials who spoke to Daleiden and Merritt about the sales of baby body parts, and about how they altered the abortion procedures in order to harvest the most intact body parts for sales, who injured Planned Parenthood’s reputation, not the undercover journalists.

At one point during the trial, Orrick allowed the jury to view a video of an investigative report from 2000, produced by ABC News’s 2020, which was the first undercover investigation into the illegal fetal tissue trafficking industry.

“This case is about the steps it took for private citizen investigators to cut through a curtain of silence and concealment,” Breen told the jury. “They didn’t do it for profit or for personal gain. They did it for the paramount public purpose of letting Americans know and law enforcers investigate whether and to what extent our laws may have been violated.”

Also at issue during the trial was Planned Parenthood’s claim that Daleiden and Merritt were recording conversations with abortionists and Planned Parenthood officials in confidential settings. The defense, however, raised the issue of the vetting procedures for vendors at the National Abortion Federation (NAF) conferences, where Daleiden and his colleagues were able to gain easy access to Planned Parenthood officials, abortionists, and biomedical procurement executives to conduct their undercover videos when they posed as representatives from the fictitious “BioMax” biomedical company.

Horatio Mihet, Liberty Counsel’s chief litigation counsel in defense of Merritt, began his closing statements by saying, “Courage is the willingness to take a stand for your conscience, even if it means that you are standing alone.”

As pro-life organization Live Action observed, another major point during the last day of testimony came when Orrick told the court that both plaintiffs and the defense agreed the words the Planned Parenthood officials were heard saying in the videos were their actual words.

Therefore, the videos were not “deceptively edited,” as Planned Parenthood and its political and media allies have repeatedly said since 2015.

In January, the U.S. Court of Appeals for the Fifth Circuit affirmed the videos produced by CMP were not deceptively edited.

As the Washington Examiner reported, the appeals court decision observed:

[T]he record reflects that OIG [Texas Office of Inspector General] had submitted a report from a forensic firm concluding that the video was authentic and not deceptively edited. And the plaintiffs [Planned Parenthood] did not identify any particular omission or addition in the video footage.

[T]here is no question that the OIG here made factual findings after viewing the videos and related evidence. On the basis of the administrative record … the OIG determined that video discussions “centered on clinic processes and tissue packaging rather than the abortion procedure itself; the video featured repeated discussion about the position of the fetus in the uterus, the risk to the patient, and the patient’s pain tolerance.” The OIG further concluded, based on the videos, that the Provider Plaintiffs at a minimum violated federal standards regarding fetal tissue research and standards of medical ethics by allowing doctors to alter abortion procedures to retrieve tissue for research purposes or allowing the researchers themselves to perform the procedures.

In addition to this civil trial, a separate criminal case against CMP’s Daleiden and Merritt, brought by the California attorney general’s office, makes them the first undercover journalists to be criminally prosecuted in the history of the state of California.