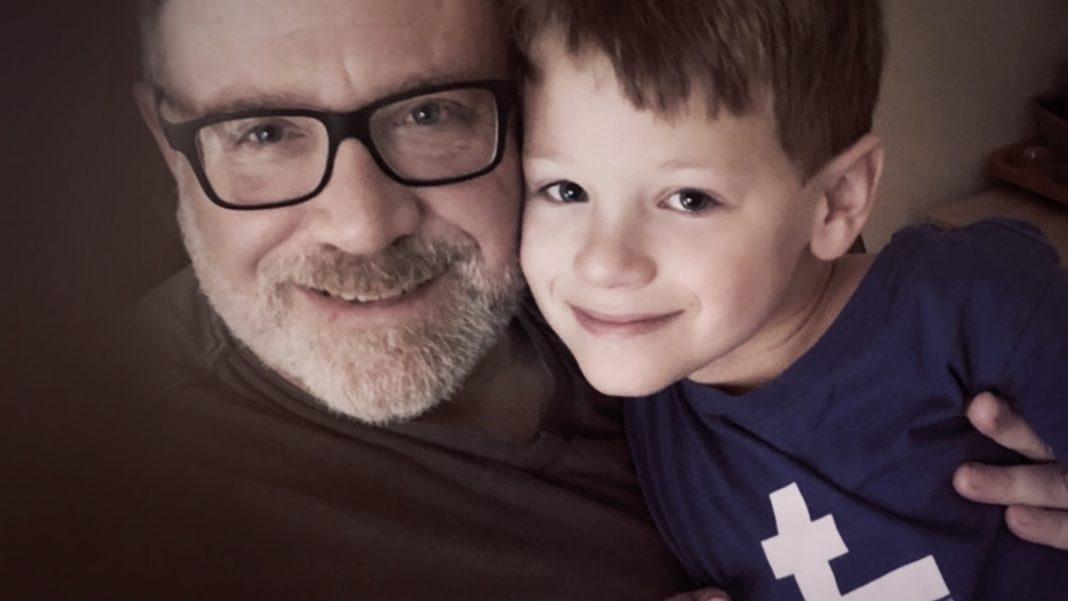 A Texas father who has been fighting for custody of his twin boys has been given limited visitation rights as the children have been ordered to live with their mother.

Jeff Younger staunchly opposes his ex-wife Anne Georgulas’ desire to subject one of the children, James, who she prefers to call “Luna,” through a gender transition.

Younger insists that James does not want to live as a girl, and does not behave as though he identifies as a girl when he is with him or with people other than his mother.

The Texan reported this week that Judge Mary Brown granted temporary full custody to Georgulas, although she did stipulate that any gender transition treatments cannot go forward without the consent of each parent or a court order.

James mother now has full control over his “primary residence, counseling, medications, education, and extracurricular activities,” as per The Texan.

She cannot, however, make any decisions without Younger’s consent that involve “hormone suppression therapy, puberty blockers, or transgender reassignment surgery.”

“Mr. Younger failed to timely make the payments of child support, medical support and interest as ordered and only paid his past due support after the motion for enforcement was filed,” Judge Brown’s memorandum reads.

“The prior orders that Ms. Georgulas must notify Mr. Younger of doctor’s, counseling, or mental health appointments, or extracurricular activities for the children are lifted. In an effort to ensure the emotional well-being and physical safety of the children, the court orders that all of Mr. Younger’s possession periods shall be continuously supervised by Forensic Counseling Services…at Mr. Younger’s sole cost and expense.”

Although Georgulas’ lawyer argued during a virtual hearing last month that the gender transition issue is merely tangential to the case and that there are “issues” with Younger’s “parenting,” Younger’s attorney says that this is a mischaracterization of the case.

Georgulas and her attorneys maintain that Younger’s refusal to cooperate with decisions regarding counseling or education for James and that he has not provided sufficient child support and criticized him for providing interviews to the media.

Younger, meanwhile, says he is fine with counseling but that he feels the “system has been gamed.”

“When the child is brought to [the counselors], the child comes from the mother’s custody and is always dressed up as a little girl. Dad only has possession on Fridays, and neither of the two professionals have office hours on Fridays. And so he thinks, and I would agree with him, that it’s really quite unfair that the presentation of the child to the counseling system is only done under the auspices and control of one parent,” Hanschen explained.

The parents have also disagreed about James’ schooling. Georgulas sends him to a public school where Younger says they call him “Luna.” He would prefer that James is homeschooled, where he will not be treated as though he is a girl.

“When James is with me, he shows no signs of wanting to be a girl when given the choice. Even when in female company, away from me, James rejects a female gender expression,” Younger has written on the “Save James” website that he uses to raise awareness about his case.

The case surrounding little James is the most high-profile custody case involving parents who disagree as to whether or not a child identifies as transgender.

It is heartbreaking to think that at the middle of this high-profile custody battle is a little child who needs the love, care, and protection of both his parents, who ought to have his best interest at heart.

The problem is when there is such stark contrast over what the parents believe is in the best interest of the child.

The Facebook page “Save James” stated that the judge’s ruling goes against the “safety and protection” of the two sons and urged their Facebook audience to pray for them.

“Judge Mary Brown ruled against the safety and protection of James and Jude. Supervised visitation with their own dad at Jeff’s expense,” the “Save James” page reported. “As of today, no communication with their beloved daddy! Dr. Fletcher’s dishonest report has prompted Anne to file an Ex Parte Temporary Restraining order to prevent Jeff from seeing or even speaking with his sons. The child abusers say James and Jude are afraid of Jeff! PRAY!”

Jeff’s fiance, Gwenn, in a message to the page following the ruling shared her heartbreak and asked the Lord for help.

“I haven’t stopped crying. I Don’t know what boys are being told, I don’t know what they think happened with their dad…” she wrote. “I wander around the house picking up their clothes, games, books, artwork… and just stare. Wondering if they’ll ever be back. Praying they’re not scared. Wondering if they’ve asked to talk to daddy. Missing all their sports equipment, friends, training sessions, reading with their dad?”

“I feel, at times, God has forsaken them. Surely God has forsaken Jeff. Must we sacrifice James to save other children?? Is that God’s plan? I’m lost,” she lamented. “It’s easy to have faith when all is going well, but when Satan whispers in your ear and creates havoc, faith is needed all the more. I’m lost. I don’t know what I can do. Anne, Satan, Jessica, have claimed their latest little prize. James will be raised as a girl now. Jude will be thrown crumbs, and languish. I’m lost.”

“Lord, please help me,” she continued. “Please save the boys. Please show me what you will have me do. I surrender to you, dear God. James and Jude rest in the palm of your hand, where upon you have written their names. Save them, and grant solace to their beloved daddy.”

“For all who support James, Jude, Jeff, and thousands of children, thank you! May God hold you and bless you all the days of your life,” Gwenn added.

Harbingers Daily has been following this story since 2018 and will continue to follow the developments of the legal battle to “Save James.” We would like to encourage your prayer concerning this case and for the help, guidance, and strength of Jeff, Gwen, James, and Jude.