An American Muslim terrorist who plotted to behead anti-Sharia activist Pamela Geller in 2015 has been granted early release from prison by a Boston judge after serving only five years of a 15-year sentence.

The judge was worried that the terror-plotter might contract the COVID-19 coronavirus.

At the time of his trial, Nicholas Rovinski faced a maximum sentence of life in federal prison, but instead was handed the minimum sentence of 15 years. Now, he has been released after serving only one-third of that 15-year term.

Rovinski was one of three Muslim men who targeted Geller, editor-in-chief of the Geller Report, for a brutal Islamic beheading because they didn’t like her outspoken criticism of Sharia law. Geller writes articles that demonstrate how Sharia is antithetical to U.S. free-speech rights under the First Amendment.

She hosted a Draw Muhammad Cartoon Contest on May 3, 2015, at the Curtis Culwell Center in Garland, Texas, which came under attack by two Muslim men who were shot dead by police before they could break into the facility.

Rovinski, now 29 and a resident of Rhode Island, is an admitted ISIS-terror sympathizer who helped plan another, separate plot to behead Geller in the Boston area that same year.

Rovinsky suffers from cerebral palsy and hypertension, ailments his attorney was able to parlay into a sob story that moved the judge to order his release.

“The Court concludes that there exist extraordinary and compelling circumstances that warrant granting this motion for compassionate release,” U.S. District Judge William Young wrote in his order.

After Rovinski’s arrest in June 2015 he sent two letters to his co-conspirator, David Wright, in which he pledged allegiance to the Islamic State [also called ISIS], talked about beheading people and told Wright he had recruited a fellow inmate to help “take down” the East Coast and the U.S. government, according to the Associated Press.

“Can’t wait for them juicy necks,” Rovinski wrote in the letter.

He is just the latest violent convict to be freed under the coronavirus “compassionate release” order by Attorney General Bill Barr in which more than 7,000 federal inmates have been freed during the pandemic. Thousands of other violent criminals have been released via executive orders by governors in New York, California, Washington, Illinois and several other states.

This is why LeoHohmann.com warned months ago of a coming crime wave that will combine with the riots being orchestrated in U.S. cities to create an extremely volatile, chaotic atmosphere heading into the November election.

The release of Rovinski comes on the heels of another egregious case in which a rapist was released from jail in April due to COVID-19 and on July 29 he killed the woman who accused him.

Ibrahim Elkahlil Bouaichi went to the home of his accuser Karla Elizabeth Dominguez Gonzalez and fatally shot her outside of her Alexandria, Virginia, residence according to a news release.

Then on Aug. 6 federal marshals found Bouaichi in his car with an apparently self-inflicted gunshot wound. He died several days later.

The Brennan Center for Justice, heavily funded by billionaire globalist George Soros, sent a letter to the governors of all 50 states urging them to “release as many people as possible” due to coronavirus.  Other groups have been raising millions of dollars to provide bail money to release violent criminals back onto the streets.

For example, the Massachusetts Bail Fund, whose slogan is “Free Them All,” helped free a Level 3 sex offender who is accused of committing a new violent offense after his release, according to a report by Fox News.

The group posted the $15,000 bail to free Shawn McClinton, who has been convicted of a 1994 rape and had another pending rape case, according to the Boston Globe. The paper reported that McClinton, who is 39, is now accused of kidnapping, beating and raping a woman in Quincy, Massachusetts, last Tuesday.

“You talk about a violation of constitutional rights? Women aren’t free to walk around because of this predator, and the Bail Fund wants to bail someone like that?” asked William Gross, the Boston police commissioner.

New York City prisoners who were released early because of concerns over the novel coronavirus pandemic continue to be arrested and re-released, according to a report by Newsweek.

One man was re-arrested four times in three months.

“We’re continuing to see people get arrested over and over and let right back out. And it really defies common sense,” Dermot Shea, commissioner of the New York City Police Department, said in an interview with NBC 4 News.

“If this was a business, the business would go bankrupt…You need to insert some common sense into how the criminal justice system works,” Shea said.

According to the Newsweek report, about 2,500 prisoners were released early from the Rikers Island jail because of “concerns” about the spread of the virus. Michael LiPetri, chief of crime control strategies for the NYPD, told NBC 4 News that at least 250 of those released had been arrested 450 times as of June 13.

These prisoner releases have nothing to do with a sudden departure of “common sense.” They are part of an overall globalist agenda to use COVID-19 and race riots to destabilize the U.S., turning its major cities into dens of lawlessness and anarchy.

The goal is to flip the rule of law on its head. As a law-abiding citizen you can be fined or imprisoned for not wearing a facemask or for not fully cooperating with one of the government’s contact-tracer investigators. At the same time, rioters are allowed to congregate and loot businesses with impunity and hardened criminals are released from prisons to return to a life a crime.

Geller said she now lives with the fear that the jihadist who plotted her beheading is free and able to carry out his dream of assassinating her. She said the ankle monitor ordered by the judge is no assurance that he will be held in check.

“The electronic monitoring is a joke, as is the home confinement,” she wrote. “Last year a Muslim wearing an electronic tag killed a man in his deradicalization class and went out to wage jihad on the London Bridge. If Nicholas Rovinski participates in another plot to murder me, will Judge William Young be prosecuted?”

Rovinski’s lawyers successfully argued that his health issues made him vulnerable to COVID-19. He was jailed at FCI Danbury, a “low-security” prison in Connecticut, the Boston Herald reports.

Andrew Lelling, the U.S. attorney in Boston, appealed to the court to keep Rovinski behind bars for a crime he stressed could have resulted in a life term.

“The defendant has failed to meet his burden of establishing ‘extraordinary and compelling reasons’ that warrant releasing the defendant after serving barely a third of his 15-year sentence of imprisonment for two extraordinarily serious terrorism offenses that involved plotting the killing of U.S. citizens on behalf of ISIS and for which his sentencing guideline range was at life,” Lelling wrote.

On Thursday, Aug. 13, Lelling filed for reconsideration saying Rovinski was part of “a carefully constructed plan — developed with a co-defendant — to behead a woman in the name of ISIS.”

Lelling said in his appeal that “most would find hard to fathom” the decision to let Rovinski go home.

Rovinski pleaded guilty in 2017 to conspiracy charges. His computer activity revealed that he had researched various saws and chopping tools, according to the federal prosecutors’ testimony. Leo Hohmann
Leo Hohmann is a veteran investigative reporter and author. He has spent decades researching and writing about education, immigration, crime, politics, and religion.

Leo Hohmann - January 12, 2021 2
The Biden admin, not yet in power, with its allies in Big Tech, has wasted no time giving a preview of what their version of “unity” will be.

Hohmann: Who Will You Trust When Law And Order Break Down... 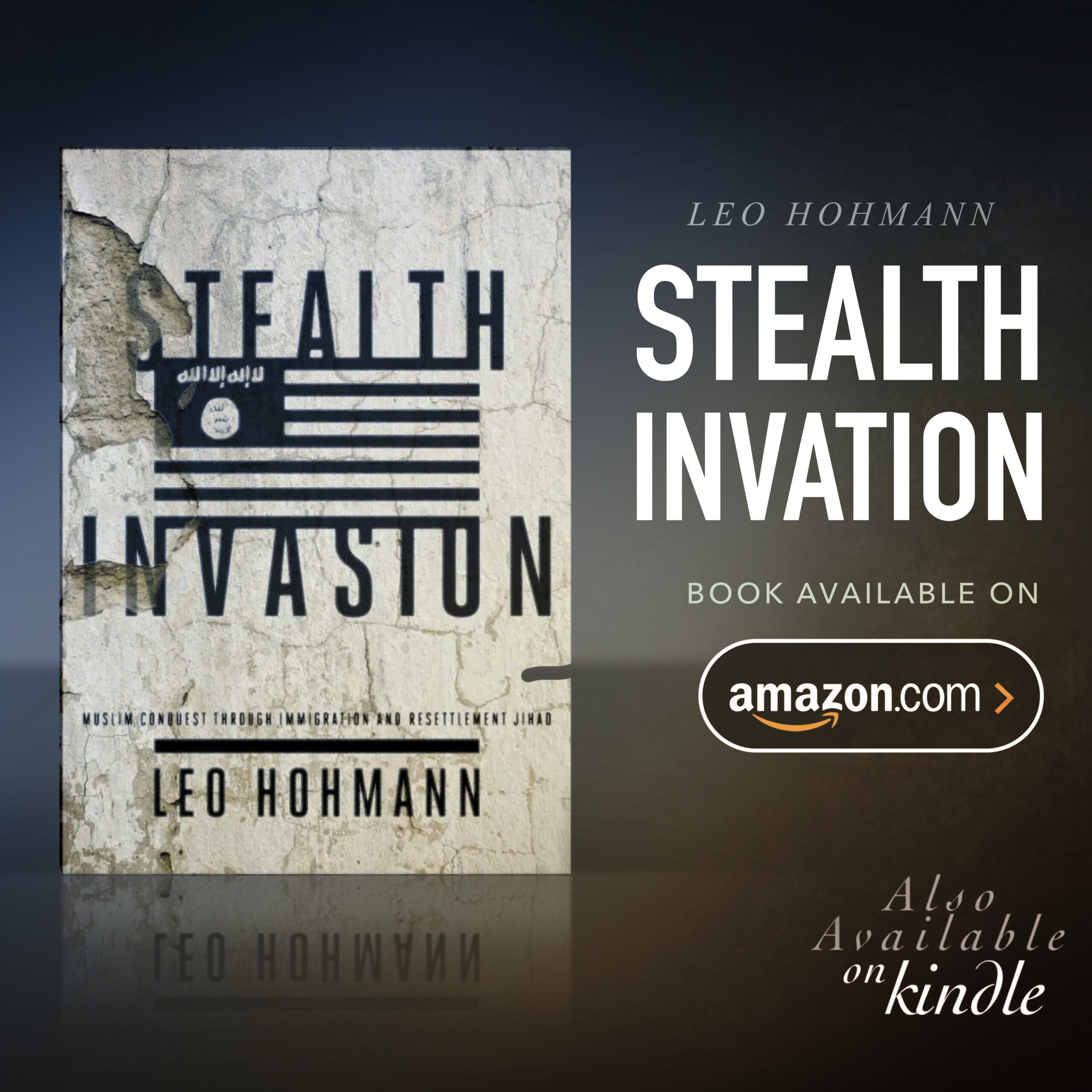