Jack Hibbs: I Am An Abortion Survivor – ‘Let Your Child Live, And Watch What God Will Do.’ 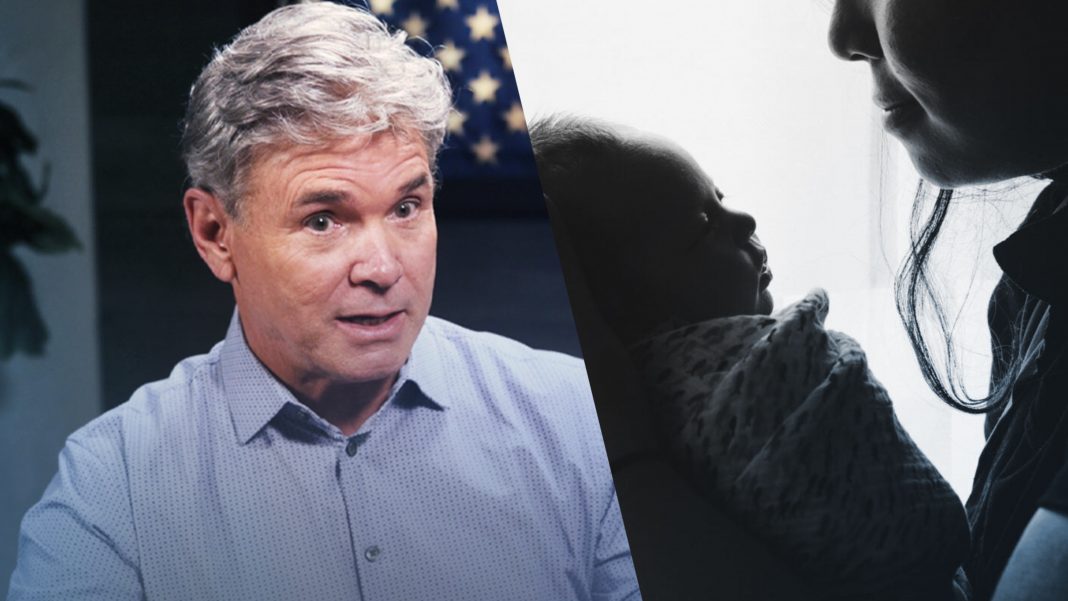 I am an abortion survivor.

In the early part of the summer in 1957, my father left California to go to Alaska to work. He left behind my mother, pregnant with me, and my two older siblings. He was frustrated that my mom was pregnant again and wanted to get away. He told her that when he returned, he didn’t want to see a third child in the home. My mother was fearful and didn’t know what to do, as she had no one to turn to. She had been raised in a Catholic orphanage in Hawaii for most of her life and hadn’t received the nurture and love that a young child so desperately needs. She married my father at a young age thinking it would be a way out for her and the life she had lived.

In December of 1957, my mother, feeling more and more desperate, put my older brother and sister to bed, boiled a metal clothes hanger, and proceeded to lie down on a blanket on the kitchen floor. Fortunately, someone came to her rescue, and the abortion failed; but that act put her in the hospital. Twenty-one days later, on January 15, 1958, God saw fit to let me come into a world where I wasn’t wanted.

My childhood may sound like a sad story, but it’s not. God was at work, even in the midst of difficulty. I was a severe stutterer from a very young age. I didn’t blend in with other kids because I stuttered so much and therefore was teased, mistreated, and abused. Growing up, I never felt close to my dad. I could tell that he didn’t really like me, and I felt rejected and hurt. I grew up an angry child and later, as a teen, became violent. One day, I accidently overheard my mother telling someone on the phone about the abortion attempt. At the time, I was a junior in high school and didn’t really care, although I never forgot about it.

A few years later, on June 20, 1977, I saw many young people going into a building, and I decided to follow them in. I had inadvertently stumbled into Calvary Chapel Costa Mesa. I had never been to church, and I was curious and excited to see a young hippie pastor named Greg Laurie teaching the Word of God. I remember him sharing John 3:3b, “Most assuredly, I say to you, unless one is born again, he cannot see the kingdom of God.” Hearing the Gospel for the first time, I was so convicted and sick to my stomach, as I knew it was true. I went forward that evening and gave my life to Jesus Christ as my Lord and Savior, and God began to work in my life.

God Has a Plan

I share all of this because so many women are told today that, if they are pregnant and their child is unwanted, they should just have an abortion. I am living proof that this is not the answer. There are many ways to let that child live. Even if you don’t want the baby, someone else does, and God has a plan for that child.

Psalm 139:13-14a says, You have formed my inward parts; You have covered me in my mother’s womb. I will praise You, for I am fearfully and wonderfully made, and the same is true for every child! We know from science that at the moment of conception, their DNA already contains their gender, how tall they will be, certain birthmarks, hair and eye color, etc. It’s all written down in that moment, for every person!

God knows you, and He created you. Yes, things in our lives shape who we are, and each one of us has scars and issues from our past. Perhaps you were emotionally abused, molested, or physically beaten. These are scars in our lives, but there is always hope! Those scars can heal over time with the right understanding of who you are in Christ. Even if your story is hurtful and painful—if you are willing to take all of that and put it into the hands of Almighty God—He will take all of it, deal with it, and heal your soul. He takes the things we are ashamed of and hurt by, and He uses them—changing them into strengths.

When I became a Christian, suddenly God brought meaning and purpose to what had happened to me. He spoke to me through Jeremiah 1:5, which says, “Before I formed you in the womb I knew you; before you were born, I sanctified you; and I ordained you a prophet to the nations.” This became a verse of my life—that God chose me to be His messenger. I didn’t know it at the time, but as the years went by, it became obvious. One of the first things He did was to heal my stuttering. He knew me from the womb, and He wanted me to live because He had a plan. You, too, are alive right now because God has a plan. Take everything that has happened in your life and give it to Him. He will take those things and galvanize you, and you will be victorious because God takes the evil and destructive things in our lives and uses them for good. The Bible says He makes beauty from ashes. If you are pregnant, allow the child within you the same privilege to live as you were given, and ask the Lord to show you what to do.

There is a remarkable, haunting verse found in Micah 6:7b, which says, Shall I give my firstborn for my transgression, the fruit of my body for the sin of my soul? Don’t sacrifice your own child. Let your child live, and watch what God will do. In my family, we have biological and adopted grandchildren, and we love them all the same because we are one family. Someone out there wants your child, even if you don’t or are unable to provide for him/her. Choose life, and see the blessings that await you in return.