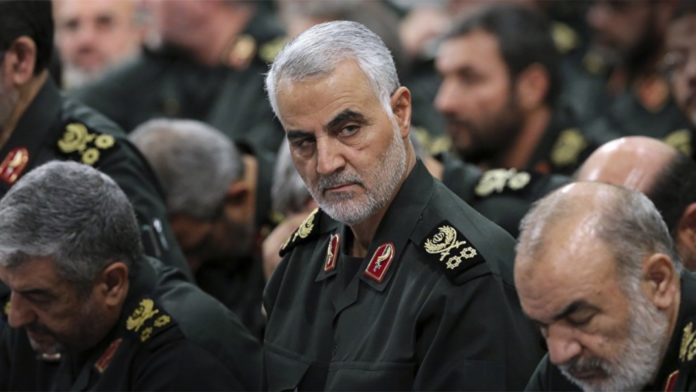 An Iranian citizen who allegedly provided information to US and Israeli intelligence services on the whereabouts of Iranian Revolutionary Guards Corps slain commander Qassem Soleimani will be executed soon, Iran’s judiciary said on Tuesday.

On January 3, a US drone strike in Iraq killed Soleimani. Though on the record Israel has taken no credit, Israeli intelligence was instrumental in the targeted killing, NBC News reported at the time and The Jerusalem Post has independently confirmed. Jerusalem often prefers to keep a low profile on any role in such operations to reduce the chance of retaliation.

Soleimani wielded immense power and influence in his position and was crucial as the architect who spread and maintained Iran’s influence in Lebanon, Syria, Iraq, Yemen and elsewhere in the region through acts of terrorism.

After flying to Iraq from Damascus on a Cham Wings Airbus A320, he and his security entourage were killed by four US hellfire missiles targeting their two vehicles as they were leaving Baghdad International Airport. Abu Mahdi al-Muhandis, an important leader of the Iranian-backed Popular Mobilization Forces, was also killed.

According to NBC and Reuters, and confirmed by the Post, informants in Damascus were able to tip off the CIA about exactly which plane Soleimani would be on, which Israeli intelligence confirmed and verified.

Reuters was told in January by Iraqi investigators that the US had inside help from two security staffers at the Baghdad airport and two Cham Wings employees: “a spy at the Damascus airport and another one working on board the airplane,” the source said. Iraqi national security agency’s investigators believe the four suspects, who have not been arrested, worked as part of a wider group of people feeding information to the US military, the official said.

“Mahmoud Mousavi-Majd, one of the spies for the CIA and Mossad, has been sentenced to death. He gave the whereabouts of martyr Soleimani to our enemies,” judiciary spokesman Gholamhossein Esmaili said in a televised news conference.