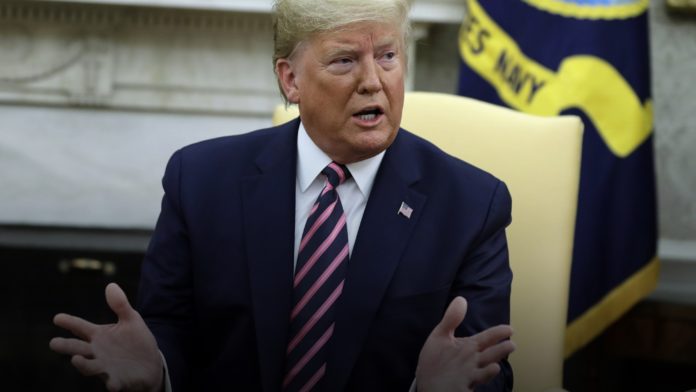 Iran and its proxies are increasing their systematic and coordinated threats against the US in Iraq. Iran’s Islamic Revolutionary Guard Corps has said that any “small mistake” by Washington would be met with force.

It came as reports emerged that the IRGC Quds Force head Esmail Ghaani had travelled to Iraq. In Iraq the Iranian-backed proxy groups Kataib Hezbollah and others have upped their rhetoric against the US in the last days.

US  President Donald Trump warned on Wednesday afternoon that “upon information and belief, Iran or its proxies are planning a sneak attack on US troops and/or assets in Iraq. If this happens, Iran will pay a very heavy price.”

It appears many groups in Iraq are now concerned about reports in western media that the US had also planned an attack on Iranian-backed proxies. This has fed a media cycle or war of words where there is a kind of feedback loop.

The pro-Iranian groups have fired dozens of rockets at bases where US personnel are located over the last months. They have killed two American soldiers, one British soldier and an American contractor.

In response the US launched airstrikes and killed Qasem Soleimani, the head of the IRGC Quds Force. This lead to more rocket attacks, verbal posturing by Iranian-backed groups and plans by them to attack US forces.

Trump’s comments reveal that Iran and its allies have concrete plans in place to carry out more attacks. This comes amid Iranian pressure for the US to reduce sanctions and as the regime seeks to distract from a coronavirus pandemic at home that has killed thousands. US forces reportedly receive daily threats about imminent attacks.