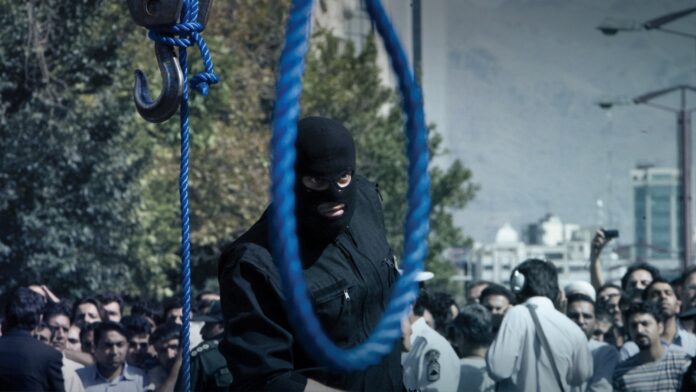 “A Mossad spy was hanged,” Iran’s Fars News reported Monday morning. Iran accused Mahmoud Mousavi-Majd of being “linked to both Mossad and the CIA, collecting information in various areas of security and providing them to foreign intelligence for US dollars.”

He was responsible for passing on information related to Islamic Revolutionary Guard Corps Quds Force commander Qasem Soleimani, who the US assassinated in January, the report said.

The execution was given front-page headlines in Iran the day after a high-level visit to Iraq by Iranian Foreign Minister Javad Zarif. The message appears to be that Iran is trying to show it has cracked down on foreign intelligence networks and made it harder for the US or others to penetrate the Islamic Republic.

After a dozen mysterious fires and explosions have rocked Iran since late June, the country has said any sabotage could “ignite full escalation.” The execution comes in this context as well.

Mousavi-Majd’s execution on Monday was said to have been first reported on the judiciary’s Mizan Online website. Although he was reportedly detained in October 2018, he was linked to the assassination of Soleimani on January 3, 2020, when the Quds Force leader traveled from Syria to Baghdad to coordinate anti-US activity.

Soleimani was killed alongside Iraqi militia leader Abu Mahdi al-Muhandis in a US airstrike. Washington was said to have received intelligence from various sources, including the airport. Their convoy was hit with missiles fired by a US drone.

Zarif paid respects to Soleimani and Muhandis on Sunday, stopping by the area where their convoy was destroyed.

In February, Iran’s judiciary sentenced to death one person and gave others long prison sentences “for spying for the CIA.”

The February sentences related to Amir Rahimpour, according to Gholamhossein Esmaili, an Iranian judiciary spokesman. He was accused of passing information about Iran’s nuclear program.“While being in touch with the spy agency, he earned a lot of money as wages as he tried to deliver some information from Iran’s nuclear program to the American agency,” state-run IRNA News Agency quoted Esmaili as saying.

Iran seems to be increasing the work of the hangmen. Tehran says it caught up to 17 “CIA spies” in 2019. On July 14, Iran said it executed a Defense Ministry official who “sold information to the CIA.” That man was identified as Reza Asgari by Esmaili. He allegedly sold information about Iran’s missile program.

Weeks later, a mysterious explosion destroyed a site of Iran’s surface-to-surface missile program near Khojir, not far from Parchin. Another explosion then destroyed part of the Natanz nuclear-enrichment facility.

WHAT DID Mousavi Majd do? He collected information from security members and passed it on to foreign intelligence, Iran said. There are not many more details in English, but Fars News said his father was a businessman who frequently went to Syria in the 1970s. Thus, the alleged spy learned to translate to Arabic and English. He may have remained in Syria after the 2011 civil war began.

“His command of the Arabic language and familiarity with the geography of Syria brought him closer to the Iranian advisory forces in Idlib and Latakia,” Fars News reported. Although not a member of the IRGC, he was able to access sensitive areas under the guise of translation work.

According to the report, he was uncovered through security surveillance due to calls being made to a “CIA officer in West Asia.” West Asia is the Iranian media term for the Middle East, so the alleged calls could have been made anywhere in the region. He received US dollars in exchange for the spying, Iran said. He allegedly passed on details about IRGC advisers in Syria, weapons and telecommunications, as well as the itinerary of various commanders and where they traveled, including details about Soleimani.

He was detained by Iran in October 2018 and sentenced in August 2019, Iranian media reported.

Details of his case appeared on June 9. He primarily was accused of knowing the movements of Soleimani, which helped the US track the IRGC commander. His name was released for the first time in June, months after the US strike on Soleimani.

Iran has also been careful not to say that Mousavi-Majd’s work directly led to Soleimani’s death. That would appear to admit that his inner circle was penetrated, which Iran does not want to discuss. Iran’s accusation of spying is always unclear. Sometimes academics, writers and even environmental activists can be swept up in these cases. In the February case, two of those linked to “spying” were part of a charity.

In each case, Iran claims these men were paid in dollars. Tehran generally seems to prefer to accuse the spies of being in it for the money as opposed to being ideological opponents of the regime. This makes it seem like they just wanted to profit off of undermining “national interests,” as opposed to the IRGC members who are portrayed as modest men of the revolution who never profit from their work. This may be largely a narrative seeking to make it seem like no Iranian would ever oppose the regime on moral grounds, but only for money.

When Mousavi-Majd’s name first appeared, there were photos of a plainclothes man near Soleimani that were alleged to be the same as the images of the “spy” published by Iran’s regime. But it was impossible to confirm if they were the same. Iran’s media does not allege that he was in Soleimani’s direct inner circle or security detail or that he traveled with him.

The timing of the execution, after the wave of mysterious incidents in Iran and after Zarif’s Iraq visit, may be designed to send a message to Iran’s adversaries. The idea is to show that Iran’s intelligence services are cracking down on various networks and that Iran is willing to execute those it accuses.

It is unclear if it is executing people based on evidence, or for other crimes or for alleged spying years ago that has only been revealed now, to show that the regime has got someone to blame.