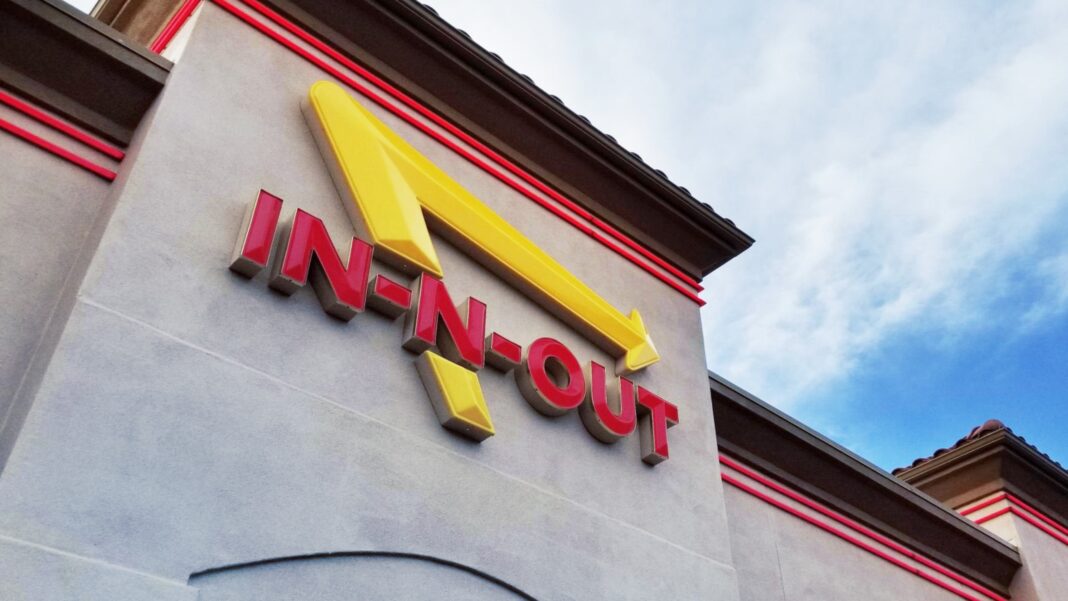 In-N-Out Burger is taking a firm stand against San Francisco COVID-19 restrictions that require businesses to check the vaccination status of customers before serving them food — a stand that has forced the restaurant to temporarily close down in at least one of its locations.

As highlighted by The Daily Wire on Tuesday, a San Fransisco In-N-Out Burger location was shut down for not checking customers’ vaccine status. The restaurant has opened up outdoors, but its indoor dining is still closed for refusal to comply with the health order.

In the wake of the forced closure, In-N-Out Burger’s Chief Legal and Business Officer Arnie Wensinger slammed the order as discriminatory, underscoring that the company, headed by 39-year-old Lynsi Snyder, refuses to become “the vaccination police for any government.”

“Our store properly and clearly posted signage to communicate local vaccination requirements,” Wensinger explained in a statement sent to Fox News. “After closing our restaurant, local regulators informed us that our restaurant Associates must actively intervene by demanding proof of vaccination and photo identification from every Customer, then act as enforcement personnel by barring entry for any Customers without the proper documentation.”

“‘We refuse to become the vaccination police for any government,” said Wensinger, adding that the San Francisco Department of Health’s requirements are “unreasonable, invasive, and unsafe.”

“We fiercely disagree with any government dictate that forces a private company to discriminate against customers who choose to patronize their business,” the statement continued.

“This is clear governmental overreach and is intrusive, improper, and offensive,” Wensinger blasted.

Snyder, serving as CEO of the restaurant chain, has been open about her Christian beliefs.

Snyder lost her father back in 1999 when she was just 17 years old. She said she dealt with the tragedy poorly, abusing drugs and alcohol. She credited her Christian faith for helping her get clean.

“I finally found that the deep need in my heart can only be filled by Jesus and my identity in Him,” she said.

Keeping tradition with past family owners of In-N-Out Burger, Snyder has “John 3:16” on the bottom of the company’s soft drink cups. Fox News reported:

“It’s a family business and will always be, and that’s a family touch,” she said, explaining that it was actually her idea to put other verses (Proverbs 24:16 and Luke 6:35) to the fry containers and hot beverage cups.

The fast-food chain received much praise for its stance against vaccine passports, being one of the few brave restaurants standing up for its customer’s personal liberties.

Many have also been vocal about the backward policies and priorities of San Francisco’s politicians.

“San Francisco politicians want to make it clear – You can steal $949 worth of goods and nobody should stop you. But you need documentation for a double-double with fries,” one viral tweet noted.

The Wall Street Journal published an article on Tuesday, titled, “San Francisco Has Become a Shoplifter’s Paradise,” in which the writer discusses the major problems large retailers, such as Walgreens and CVS, are having with shoplifting in the city, which has resulted in the closure of multiple locations.

Walgreens reported that their stores in the city have four times the amount of theft than the average store anywhere else in the United States. This has caused them to pay 35 times more for security and close 22 stores. According to WSJ, the city’s answer to Walgreens was to claim that the chain was “too preoccupied with boosting profits, that theft isn’t that bad, and that the chain should just suck up the losses.”

“Much of this lawlessness can be linked to Proposition 47,” the WSJ writer explained, “a California ballot initiative passed in 2014, under which theft of less than $950 in goods is treated as a nonviolent misdemeanor and rarely prosecuted. Out of concern for safety and potential lawsuits, stores tell employees and security guards not to intervene when they witness a crime. Most suspects, if they are pursued at all by police, are soon released. Californians effectively decriminalized shoplifting. Not surprisingly, they have more of it.”

Further pointing out the ridiculous nature of San Francisco’s politicians, Todd Starnes tweeted: “SF Health Dept. says the greater threat is not homeless taking dumps in the street or addicts leaving dirty needles in playgrounds. The greater threat is a burger joint protecting the Constitutional rights of customers.”

Franklin Graham, last week spoke out about the dangerous vaccine mandates being imposed, explaining that they are not “dictated by science, but by their own left-leaning agendas.”

“There are so many destructive policies being put into place by leftist officials and staff working to get their radical agendas promoted,” Graham said via Facebook. “The tactics that socialists and communists have used throughout history when they were trying to take over a country include creating political chaos, economic failure, and social upheaval. It is concerning that we see all of those on the rise in our nation.”

“The pandemic also played into the chaos,” he insisted. “It has given those in the government power over our lives that they weren’t given by a legislative body or the Constitution. They can order mandates at their whim that may not be dictated by science, but by their own left-leaning agendas. Those controls can be used as stepping stones for greater destruction of our nation in the future if we’re not careful.”

Jonathan Brentner recently wrote about vaccine mandates, explaining that “the COVID-19 tyranny in American and throughout the world foreshadows” events the Bible says will take place in the future.

“Former Congresswoman Michelle Bachman, in a recent radio interview with Jan Markell, referred to the Biden administration as a “culture of death.” The facts confirm her statement,” he said.

“Michelle Bachman’s statement referring to the Biden administration as a “culture of death” rings true in so many ways. The result of Biden’s “vaccine” mandates, if fully implemented, will directly cause tens of thousands in the U.S. to die,” he warned, “if not a great many more.

“There’s an uncredited quote making its rounds on Facebook that states, ‘At no time in history have the people forcing others into compliance been the good guys.’ This is most definitely the case in America and across the globe as well,” Brentner urged.

“The division between the vaccinated and the unvaccinated continues to grow.” he continued. “The COVID-19 tyranny in American and throughout the world foreshadows the seven-year tribulation during which time Scripture tells us that the kingdom of the antichrist will kill a multitude of both Christians and Jews. The ‘us versus them’ mentality of Nazi Germany will return, but this time on a worldwide scale with no powerful allied forces to fight against the tyranny.”

“Vaccine mandates and passports are leading the world directly to the mark of the beast as described in Revelation 13:16-18,” he wrote. “As Brandon Holthaus described them, they are ‘stairsteps’ leading directly to the time when the antichrist requires his mark in order to buy and sell. They are conditioning people to accept the mandates of the lawless one, even the one that will demand people worship him or face death.”

“Those of us securely in Jesus have nothing to fear. He is coming soon for us and after He takes us to the place in His Father’s house that He’s preparing for us (John 14:1-3; Colossians 3:4), He will pour out His wrath on this lawless and Christ-rejecting world,” Brentner underscored. “How do we come to grips with a government that wants to kill us? We look to Jesus, the “the author and finisher of our faith” (Hebrews 12:2). The one who originated our faith in Him and perfects it will never leave us on our own, but He will bring us safely to His kingdom regardless of our fate in the coming weeks, months, or years.”