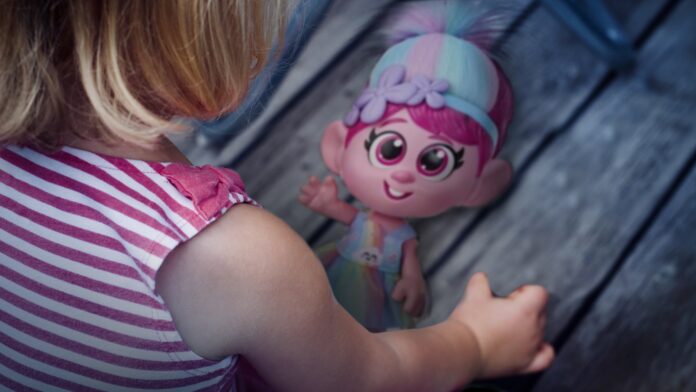 Hasbro is a well-known toy manufacturer with top-performing products like Play-Doh, Power Rangers and G.I. Joe.

But one of its newer doll toys has drawn the wrath of more than 300,000 people, incensed by a sound button between the doll’s legs.

The button produces a giggle sound and other sounds of delight when someone pushes it or when the doll sits.

“What will this toy make our innocent, impressionable children think? That it’s fun when someone touches your private area? That pedophilia and child molestation are ok?” she said.

Jimmy Hinton, a pastor and abuse advocate, says most kids probably wouldn’t notice anything unusual about the doll but he is concerned about how children who’ve been abused or groomed for abuse will respond to it.

On Wednesday Hasbro said it is removing the “Trolls World Tour Giggle and Sing Poppy” from the market. It plans to offer customers a replacement doll.

Hasbro spokeswoman Julie Duffy told The Providence Journal that the Rhode Island-based company created the button to make a sound when the doll is sitting.

“This feature was designed to react when the doll was seated, but we recognize the placement of the sensor may be perceived as inappropriate,” she said.