Hamas Sentences 2 To Death, 2 To Hard Labor For Collaborating With Israel 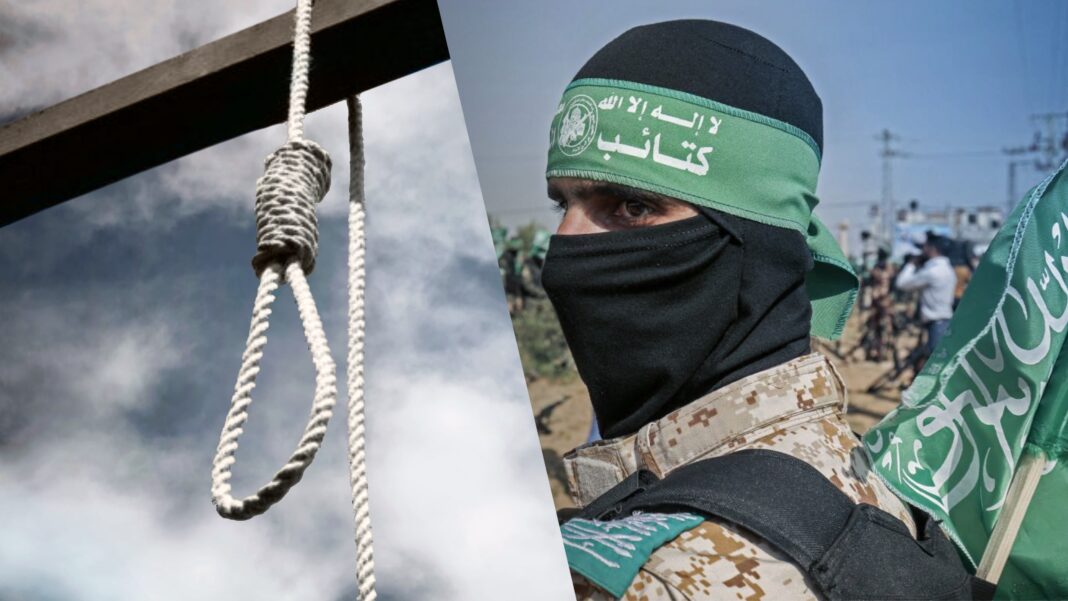 Hamas authorities in the Gaza Strip sentenced two men to death on allegations that they had collaborated with Israel, according to Sunday reports.

A Hamas court ordered that the two men, from Khan Younis and Rafah in the southern Gaza Strip, be hanged.

Reports did not say when the sentence will be carried out.

Two other men were sentenced to hard labor, also for collaborating with Israel.

The sentences came as a Palestinian Authority court in the West Bank city of Bethlehem sentenced a man to 15 years in prison for attempting to sell land to Jewish Israelis.

Under Palestinian Authority law, selling land to Jews can be a capital offense.

Hamas authorities have held public executions in the past of those it accuses of collaborating with Israel.

The terror group, which says it seeks to destroy Israel, has controlled Gaza since 2007, when it ousted the Fatah-dominated PA from the territory.

The PA, based in the West Bank, has long criticized rivals Hamas for carrying out executions without the approval of PA President Mahmoud Abbas.

According to Palestinian law, the PA president must approve the enforcement of any death sentence. Since 2006, Abbas has not given his official blessing for the implementation of a single execution.

The PA has not executed anyone since 2005, when five people were put to death.

Executions by Palestinians, whether by the PA or Hamas, have in the past met with international condemnation.

Hamas and others have brazenly made their goals to “obliterate” Israel and eradicate the Jewish people abundantly clear.

This is rooted in the same antisemitic thinking that has throughout history lead to the persecution and extermination efforts against the Jewish people.

Hal Lindsey in his article, “What Is Hamas?” explained that “a surprising number” of companies and politicians side with the “Palestinians” over Israel.

“They almost always say they are standing with Palestinians, not Hamas,” Linsey stated. “But that’s like coming out against the United States in World War II, claiming you only support Germans, not Nazis.”

“The eradication of Israel is their goal,” he urged. “They don’t just want to win a military victory over Israel or carve out a Palestinian state. Hamas wants nothing less than the destruction of the Jewish people. Genocide is their aim and reason. How could you describe Hamas as anything but a terror group?”

In his article, Lindsey when into detail about how Hamas’ charter promotes stereotypes about the Jewish people, anti-semitic false accusations, the murder of Jews and is vehemently against peace with Israel stating “There is no solution for the Palestinian problem except by Jihad”

Given the fact that “Hamas stands for unending violence, war, and terror,” are those who stand in solidarity with the Palestinians really “for peace or for never-ending jihad?” Lindsey asked.

Christians must understand their Biblical responsibility toward God’s chosen people. It is incumbent upon Christians to love, pray for and stand up for the Jewish people, the state of Israel, and their eternal capital of Jerusalem. God has not forgotten His people, and neither should His servants.