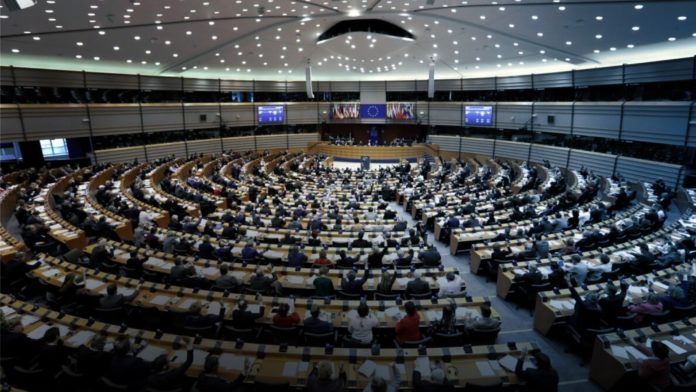 Germany’s Constitutional Court has issued an unprecedented ruling that directly challenges the authority of both the European Central Bank and the European Court of Justice.

The seemingly obscure ruling, which seeks to reassert national sovereignty over bond purchases by the European Central Bank, has called into question the legitimacy of the EU’s supranational legal and political order.

The European Union is now engaged in a power struggle with its largest member state, Germany. The legal feud threatens to unravel not only Europe’s single currency, the euro, but the EU itself.

On May 5, the German Constitutional Court (Bundesverfassungsgericht, BVerfG) ruled that the European Central Bank’s practice of buying vast amounts of government bonds, a monetary policy known as quantitative easing, is illegal under German law as neither the German government nor the German parliament signs off on the purchases.

The European Central Bank has purchased government debt worth €2.7 trillion ($3.2 trillion) since March 2015, when, in an effort to stabilize the eurozone during the European sovereign debt crisis, it launched its flagship stimulus program, the so-called Public Sector Purchase Program.

The European Central Bank argues that large-scale purchases of government bonds are a monetary stimulus needed to reinvigorate the eurozone economy. Critics counter that the bond purchases have flooded markets with cheap money and encouraged over-spending by governments, especially in debt-ridden Southern Europe.

In a 110-page ruling, the German court said that the European Central Bank had not only failed to justify the massive bond purchases, but also that those purchases did not meet the “principle of proportionality,” as required by Article 5 of the Treaty on European Union.

The proportionality principle, which stipulates that an EU action must be limited to what is necessary to achieve an objective, regulates the exercise of the powers conferred by the member states to the EU.

In its ruling, the German court ordered the German Central Bank to stop participating in the bond-purchasing program unless the European Central Bank proves, within three months, the “proportionality” of its actions. Without German participation, the program could be terminated.

By design or default, the German court’s ruling, delivered at the height of the coronavirus pandemic, has created extraordinary financial, legal and political uncertainty at a time that Europe is already experiencing an economic shock without precedent.

Italy and Spain, the eurozone countries most impacted by the pandemic, are also the most dependent on support from the European Central Bank, which recently committed to purchasing an additional €750 billion in bonds. Economists warn that if the European Central Bank were to stop purchasing government bonds, the ensuing loss of liquidity could push Italy and Spain into default and lead to the unravelling of the eurozone.

The German court’s ruling marks a new phase in the debate over the balance between national and supranational sovereignty. Considering what is at stake, EU officials have pushed back hard. The President of the European Commission, Ursula von der Leyen, said that Germany has no legal right to challenge the EU and threatened a lawsuit:

“The recent ruling of the German Constitutional Court put under the spotlight two issues of the European Union: The Euro system and the European legal system.

“The European Commission upholds three basic principles: that the Union’s monetary policy is a matter of exclusive competence; that EU law has primacy over national law and that rulings of the European Court of Justice are binding on all national courts.

“The final word on EU law is always spoken in Luxembourg. Nowhere else.

“The European Commission’s task is to safeguard the proper functioning of the Euro system and the Union’s legal system.”

European Central Bank President Christine Lagarde echoed that she was undeterred by the German court:

“We are an independent institution, accountable to the European Parliament, driven by mandate. We’ll continue to do whatever is needed… to deliver on that mandate. Undeterred, we will continue doing so.”

In a press release, the European Court of Justice insisted that Germany has no jurisdiction:

“In general, it is recalled that the Court of Justice has consistently held that a judgment in which the Court gives a preliminary ruling is binding on the national court for the purposes of the decision to be given in the main proceedings. In order to ensure that EU law is applied uniformly, the Court of Justice alone — which was created for that purpose by the Member States — has jurisdiction to rule that an act of an EU institution is contrary to EU law. Divergences between courts of the Member States as to the validity of such acts would indeed be liable to place in jeopardy the unity of the EU legal order and to detract from legal certainty. Like other authorities of the Member States, national courts are required to ensure that EU law takes full effect. That is the only way of ensuring the equality of Member States in the Union they created.”

In an interview with the German newspaper, Frankfurter Allgemeine Zeitung, a member of the German Constitutional Court, Judge Peter Michael Huber, who helped write the ruling, responded:

“What amazes me is the one-sidedness and the zealous tone that is struck by some here. It is clear that the European Court of Justice has been claiming an unlimited precedence for European law for 50 years, but almost all national constitutional and supreme courts have objected to this for just as long. As long as we don’t live in a European superstate, a country’s membership is governed by its constitutional law.”

Huber warned that the European Commission’s threat of legal action would backfire:

“An infringement procedure [legal action] would trigger a significant escalation, which could plunge Germany and other member states into a constitutional conflict that would be difficult to resolve. In the long term, this would weaken or endanger the European Union.”

In an interview with Süddeutsche Zeitung, Huber added:

“From the point of view of the European Commission President von der Leyen, European law always applies without any restrictions. That is wrong. Other EU member states also assume that national constitutions take precedence over European law.

“The message to the ECB is actually homeopathic. It shouldn’t see itself as the ‘Master of the Universe.’ An institution like the European Central Bank, which is only thinly legitimized democratically, is only acceptable if it strictly adheres to the responsibilities assigned to it.”

Friedrich Merz, a member of German Chancellor Angela Merkel’s conservative Christian Democrats who is vying to succeed her as chancellor, said that the German court’s ruling will have far-reaching consequences:

“This judgment will make European legal history. It must be a special task of German economic policy in the future to point out the negative consequences of the European Central Bank’s purchase programs.”

“In the absence of other eurozone support programs, the chance of defaults has jumped. Indeed, spreads on Italian government bonds have duly risen a little since the court’s announcement. A crisis might ultimately ensue, with devastating effects; perhaps even a break-up of the eurozone.

“Others might follow Germany in rejecting the jurisdiction of the ECJ and EU. Hungary and Poland are obvious candidates. Future historians may mark this as the decisive turning point in Europe’s history, towards disintegration….

“One point is clear: The constitutional court has decreed that Germany, too, can take back control. As a result, it has created a possibly insoluble crisis.”

Writing for the influential German blog Tichys Einblick, Klaus-Peter Willsch, a member of the German parliament, wrote that the ruling demolished the absolutist claims to power of the European Commission, the European Central Bank and the European Court of Justice:

“I therefore think that criticism of the decision of the top German judges is not only inappropriate, but also completely unfounded.

Is Amazon New ‘Pay By Hand’ Pre-Conditioning for the Mark Of...

Source - October 1, 2020
Amazon has created a new way for customers to make purchases with just their palm. The new hand recognition technology called...

Netanyahu Calls on UN to Stand with the US in Mid-East...

Friend or Foe – What Does Ezekiel Have to Say About...