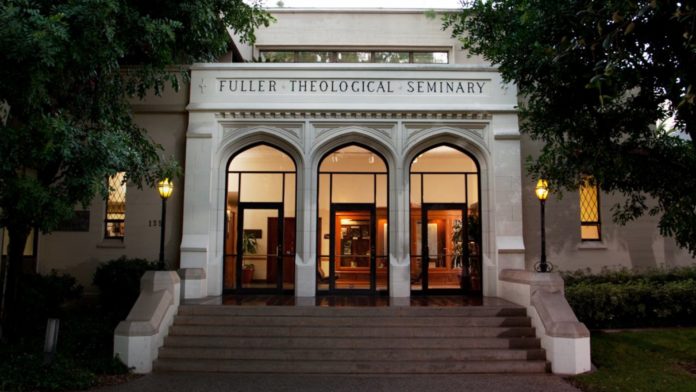 Fuller Theological Seminary in Pasadena, California, is facing a lawsuit brought forth by a former student who claims she was discriminated against when she was allegedly expelled for being in a same-sex marriage.

Joanna Maxon, 53, of Fort Worth, Texas, began taking online classes from the institution through a Texas satellite campus in 2015. She says she was single when she began working toward a master of arts degree in theology but later married her female partner.

According to NBC News, school administrators found out about her change in marital status through Maxon’s 2016 tax return, which was included in her financial aid documentation.

When administrators confronted her, Maxon says she wrote a letter to the School of Theology Dean Marianne Meye Thompson in October 2018. The suit alleges that Thompson responded to Maxon by citing the school’s sexual standards, which specify that Biblical marriage is a “covenant union between one man and one woman,” and effectively expelling her from the seminary.

The lawsuit, filed in U.S. District Court for the Central District of California, accuses Fuller of violating Title IX rules, which state that “no person in the United States shall, on the basis of sex, be excluded from participation in, be denied the benefits of, or be subjected to discrimination under any education program or activity receiving Federal financial assistance.”

The U.S. Supreme Court is currently in the midst of hearing cases centered on the question of whether Title IX applies to sexual orientation and gender identity, since neither are explicitly mentioned in the law.

Fuller Seminary has refrained from commenting on the specifics of the case, but did provide an email statement for The Christian Post.

“As a historically multi-denominational seminary and a convening place for civil dialogue—with a commitment to academic freedom—we strive to serve the global Christian church in its various perspectives. We remain committed to these relationships in all their complexities while maintaining community standards and a statement of faith that apply to various areas of beliefs and behavior. Students are informed of and explicitly agree to abide by these standards when applying to the institution.”

“She signed the agreement, violated the seminary policy, and flew under the radar until her tax return brought her same-sex marriage to light,” posted Franklin Graham on Facebook. “I hope the leadership at Fuller Theological Seminary will stand firm with the Word of God.”

Maxon claims that her expulsion has caused “humiliation, emotional distress and other damages,” and is asking for an estimated $500,000 in damages.

Decision Magazine - September 18, 2020
Nearly 1/3 US evangelicals surveyed rejected the deity of Christ and nearly 1/4 of evangelicals said “gender identity is a matter of choice”